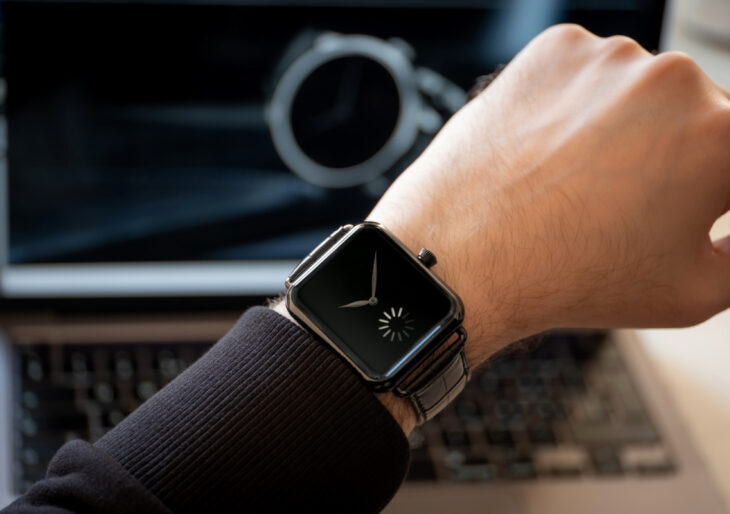 The parting shot—for the time being—of H. Moser & Cie. against the onslaught of the smartwatches is the Swiss Alp Watch Final Upgrade, a clever commentary on the endless need for updating when the timepiece is tech-centric.

To drive home the point is H. Moser’s inclusion of the easily recognized ‘update processing’ visual symbol; in this case, the symbol is the second marker, and so the update never ends. The Alp in title reveals the opposite of such continuous and embedded impatience: the wisdom and ageless stability of mountains.

The Swiss Alp Watch Final Upgrade boasts a dial that uses Vantablack to achieve a blacker-than-black effect…‘none more black,’ as Spinal Tap’s Nigel Tufnel might say. A void of an update? Perhaps. But regular readers may recall the Vantablack-painted BMW that was unveiled several years ago, a black hole of a car that nearly didn’t exist.