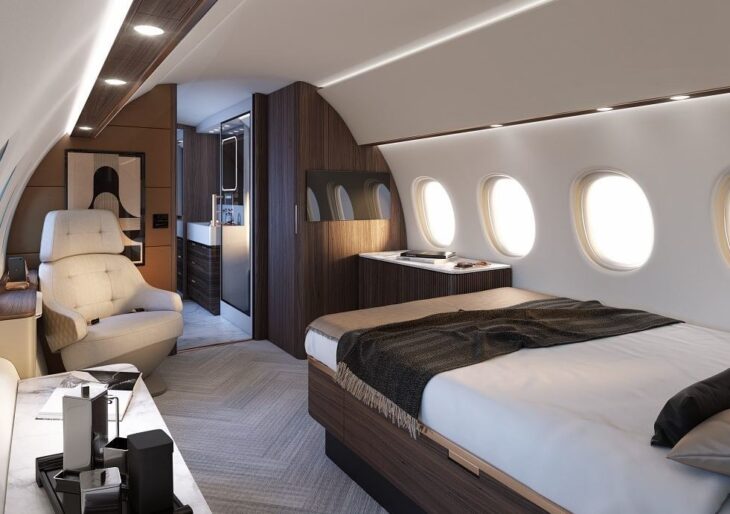 Around the middle of this decade, Dassault will unseat its flagship 8X business jet in favor of an even longer plane capable of longer range: the 10X. This month, the French aerospace company unveiled the 100-foot jet, which according to the company uses recent fighter technology to boost safety, and features a top speed of Mach .925. The 10X looks set to compete with the Bombardier 7500 and the Gulfstream G700.

The plane’s carbon fiber-composite wing material was developed for reduced drag and weight. More interesting are the ‘high-lift devices’ on the wings, which allow pilots far better control during low speed landings, and the engines. The latter, made by Rolls-Royce and called the Pearl 10X, are still in development, but are estimated to deliver better than 18,000 pounds of thrust.

The proportions of the 10X are impressive; the jet’s cabin interior is 9’1″ wide and 6’8″ tall—Dassault proudly points out the craft’s design adds two inches of headroom and eight inches of width to the tallest and widest business jet currently in production. A modular design allows the layout of the passenger space to be easily adjusted, and windows are exceedingly large—50% larger than those of the 8X, according to the company. Air filtration and cabin pressure were also considerations for passenger comfort and safety.

Deliveries of the Dassault 10X are currently forecasted to begin toward the end of 2025.