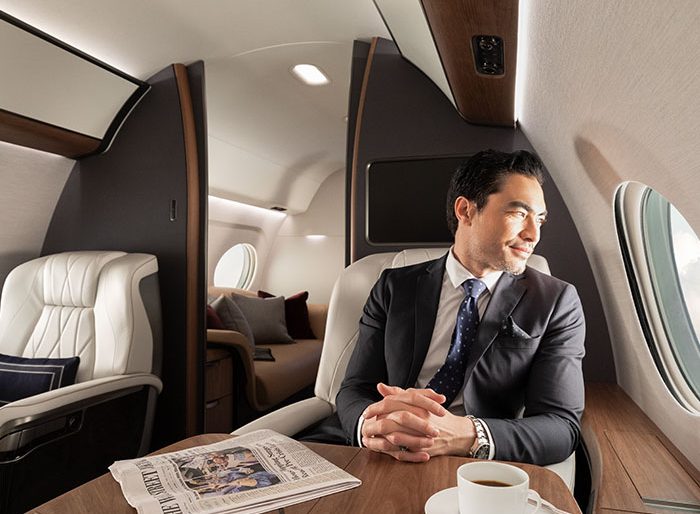 The G700 also threatens to displace the Bombardier 7500 as the consumer jet with the biggest cabin and the longest range. The Gulfstream website claims that the G700’s cabin is the ‘tallest, widest and longest…in the industry’, and the numbers seem to back up that claim. The G700’s range is 7,500 nautical miles. Montreal-based Bombardier initially claimed a 7,400 nautical mile range for its 7000, but additional testing had increased the number to 7,700.

Like all upper-tier business jets, the G700 boasts a lengthy litany of creature comforts and specialty details. Up to five living areas, panoramic windows—the largest in the business jet class, according to Gulfstream—Ka-band Wi-Fi, and bed-convertible seats are a few of the passenger features of the plane, which can sleep 10 travelers.

Gulfstream expects to begin delivering the G700 in 2022. Pricing TBA. 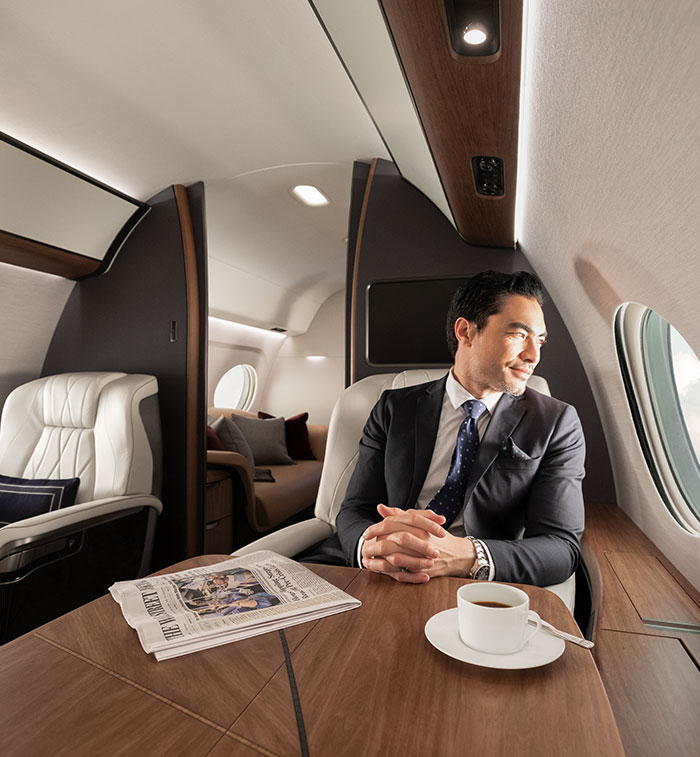