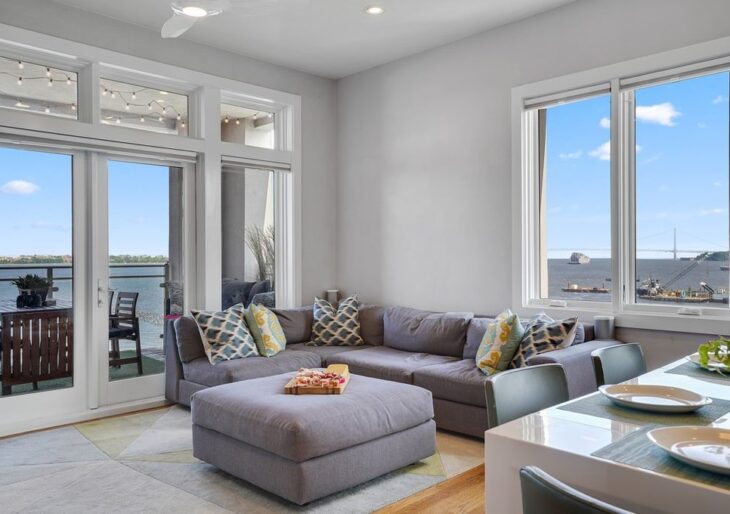 SNL cast member Pete Davidson is the new owner of this condo on Staten Island. The 1,592 sq. ft. unit is located in a waterfront mid-rise. Davidson paid $1.2 million for it, according to public records.

The residence contains two bedrooms and two and one-half baths. Highlights of its interiors include plank oak floors, a waterfall kitchen island with a quartz top, and a pleasingly broad variety of tones that balances neutrals with more expressive cool and warm colors. The master features a bath with a spa tub.

The little terrace is where Davidson will likely be spending much of his time in the next few months, of course; it offers fine bay and city views, and can be accessed from the master bedroom.

The building’s amenities list includes a lounge, a fitness center, grilling stations, and a children’s playground.