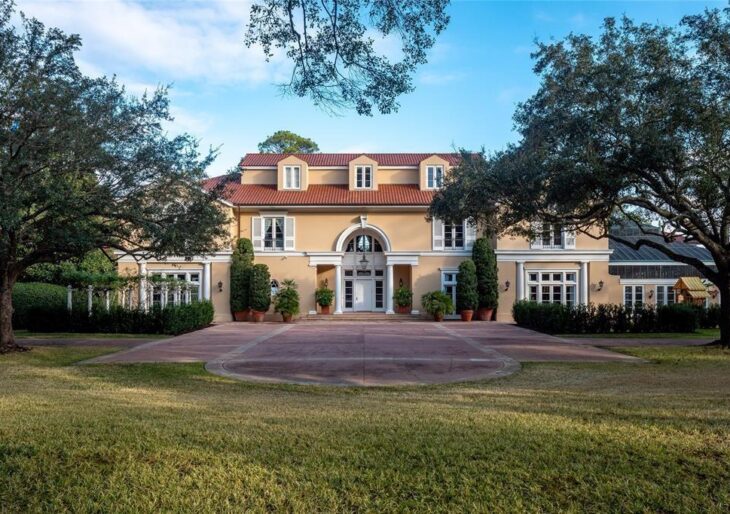 Billionaire Gerald Hines’ Houston Mansion on the Market for $34.5M

The property known as Adagio is anchored by a 17,405 sq. ft. villa. The home is an early example of the work of starchitect Robert A.M. Stern, and designed as a late-20th century American version of Tuscan. Hines, who passed away in the summer of 2020, commissioned the house in the late 1980s.

What draws the eye immediately is the greenhouse roof over a middle section of the house. A peek inside reveals a Roman bath-style indoor pool and atrium—it fills a substantial chunk of the available square footage, but is one of the most striking spaces in the home. Other standouts include a mahogany-paneled study and a large and ornate living room with plaster walls.

The grounds at Adagio measure in at 4.5 acres, with lawns, mature trees, a tennis court, and caretaker’s and guest accommodations completing the estate.

Hines was the founder and chairman of his namesake real estate firm, Hines. His net worth was north of $1 billion.