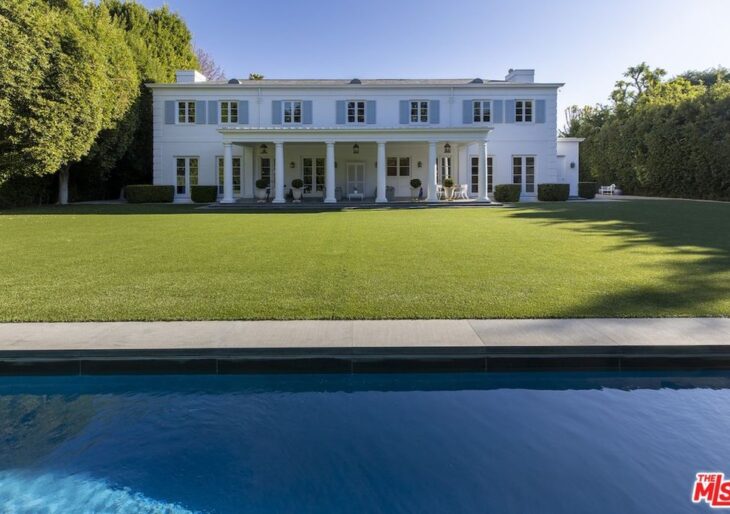 Rosenberg is asking $25 million on the nose for the house, which contains five bedrooms and six baths, and was custom built for him in 2014. According to public records, Rosenberg purchased the original property in 2011, paying $8 million for the one-acre stretch.

The façade of this house is rather starched and quite pristine; nary a hint of eccentricity, and the four-column entablature portico entrance is a dramatic focal point, driving home the symmetry. The interiors measure around 7,000 sq. ft. Design elements include off-white walls and ceilings, hardwood floors, 12-foot ceilings, built-in shelves and, in back, multiple sets of French doors that open onto a large covered patio.

Privacy on the lot was paramount to the landscaping scheme, and towering hedges flank the home and protect the large backyard and pool area.