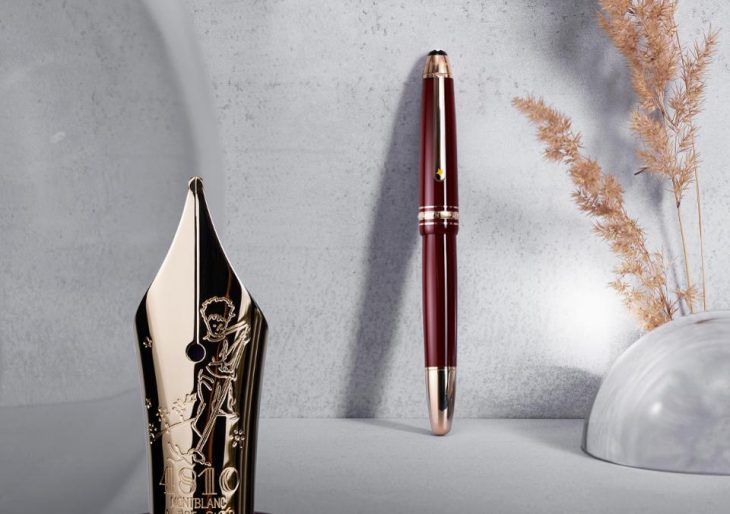 In the spring of 2018, Montblanc introduced the first entry in its series to honor Antoine de Saint-Exupéry’s novella ‘Le Petit Prince’. This spring, the company has finally released the third and final entry in the Meisterstück Le Petit Prince series.

It’s a bit of a departure. Where the first Le Petit Prince collection used blue and silver as thematic colors, this one—called ‘The Planet’—is dressed in warm red-brown and gold, the former color of the leather from the aviator’s cap; Saint-Exupéry was a postal and military pilot. The pen features a representation of the Prince on his planet, and the fountain version receives a hand-made 14-karat nib. The barrel is crafted from resin.

The cap is gold-plated, and engraved with stars, as well as the name of the Prince’s planet. And, like the other two pens in the series, the clip is decorated with a prominent star in gold lacquer, and the famed quote from Le Petit Prince: On ne voit bien qu’avec le coeur (it is only in the heart that one can see rightly).