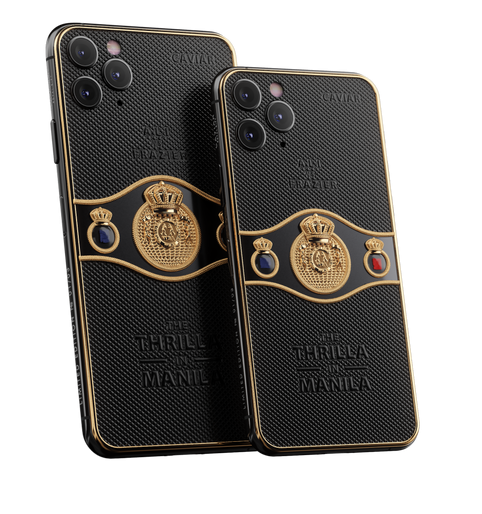 Those who are fascinated with the greatest throw down in boxing history—and who also have $12K to throw down on a specialty limited-edition iPhone 11 Pro—will be interested in Caviar’s homage to Muhammed Ali and Joe Frazier, and their great final battle, the so-called ‘Thrilla from Manila’.

The sense of competition was nearly a constant for both fighters, who were both extraordinarily talented in their chosen profession. Ali, who also had a gift for theatrics, played up the jousting for the press. Frazier was more down-to-earth, and took genuine offense. In their two previous matches, Frazier took the first, and Ali the second. The pair attempted to settle their differences definitively with a match in the Philippines, which found Ali the victor by technical knockout.

As with their recent Steve Jobs and The Beatles entries, the Superior Ali and Frazier phone contains a bit of clothing from the historical figures in question. It’s a way of lending authenticity to the item, and in this case has as its origin the ‘very material from the athletes’ equipment’, according to the website.

The iPhone 11 Pro Superior Ali and Frazier is priced from $12K. 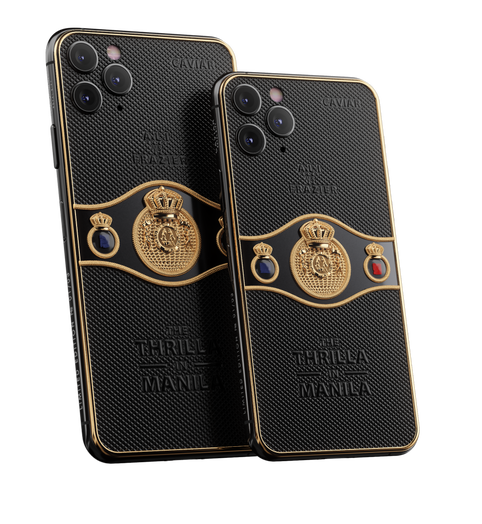