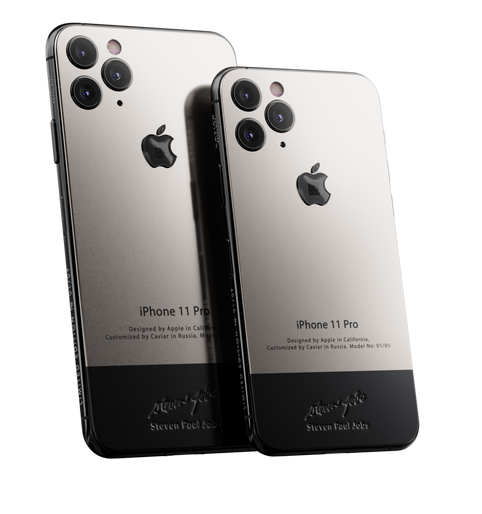 Russian company Caviar has a new iPhone to show off: the iPhone 11 Pro Superior Jobs. It’s not as useful as their self-charging iPhone X. But it is expensive, and it contains a shred of wool.

We’ve covered a few of Russian design company Caviar’s more obnoxiously glitzy veneered iPhones in the past. The gold Trump iPhone 7 that followed the 2016 election was either a glorious tribute or unintentionally satiric, depending on what where you fall on the political spectrum. But the gold Putin iPhone X that appeared in 2018 could’ve only been convincingly carried as an ironic trinket by a wealthy hipster who found it used in a Moscow pawn shop.

Caviar’s latest high-dollar homage iPhone offering changes gears to prominent figures of the world of technology—or at least one of them—and represents a kind of evolution of their sensibilities. If you’re going to carry a $6,000 tribute iPhone, Steve Jobs makes for a far better subject. The marketing hook is that each example contains a little piece of one of Jobs’ signature turtleneck sweaters. But the overall look is otherwise less noisy than previous Caviar entries, and that’s a very good thing.

And you get the Pro’s triple-lens camera on the back.