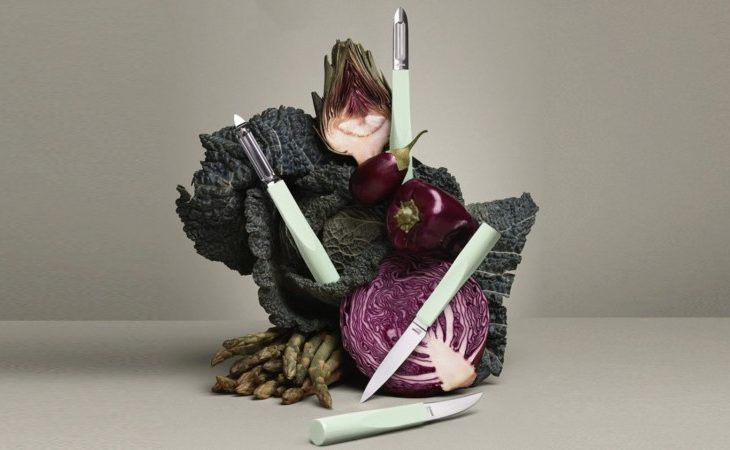 French Cutlery company Degrenne has partnered with Philippe Starck to introduce a new line of cutlery that blurs the line between utility and art.

The sculptural new utensils are just one example of Degrenne’s new range of redesigned kitchen tools and cutlery. Starck and Degrenne first collaborated on the redesign of the L’Econome peeler, which was first created by Le Thier Knives but is now manufactured by Degrenne.

The iconic peeler’s ergonomics made it a favorite among serious home cooks and professional chefs alike. After nearly a century, though, the standby kitchen tool has been reimagined and updated. The L’Econome peeler boasts a more modern, sleek aesthetic. That look inspired the styling of the rest of the range of new utensils.

Mixing economy and fashion, the new line, which is called L’e Starck, features pieces with the same ergonomic and streamlined handles. The collection includes several knives and an additional vegetable peeler all available in a range of six new colors of plastic and composite and stainless steel.