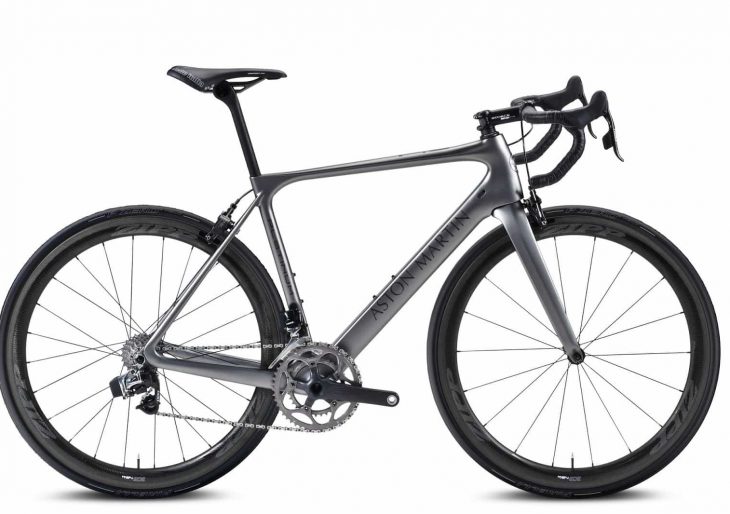 Storck and Aston Martin Come Together for the $21K Fascenario.3 Bicycle, Limited to 107 Units

Storck Bicycles and luxury automaker Aston Martin have partnered to build a high-end new bike. Other upscale automakers have taken the plunge into the bicycle market, but the Aston/Storck collab may have produced the most spectacular of the lot.

At $20,607, the Fascenario.3 Aston Martin Edition bicycle shows off the best instincts of both brands. The idea for the bike came to be when Storck Bicycles founder Markus Storck was commissioned to help add carbon fiber elements to a special series of Aston Martin vehicles.

Now, the high-end partnership has resulted in superior engineering and what one might call a superbike. Thanks to liberal use of carbon fiber, the bike is light, strong, and incredibly aerodynamic. When combined with a bow-legged fork, the result is seriously reduced drag.

Only 107 examples of the beautiful new bike will be available.