The Hamptons estate of late billionaire Sheldon Solow is back for another go around on the open market this spring, with a price snip. The property in Wainscott appeared last summer with an ask of $70 million, but is now tagged at $60 million.

The house occupies a point overlooking Georgica Pond. It’s an idyllic geographical expression of wealth, but its history is perhaps not as rich as its design might suggest. The house was designed by architect Paul Rice and completed in 2010. However, with its covered entry, its red brick chimney stacks, and its lavish veranda and covered porch, the home is very much in keeping with the tradition of the Hamptons ‘summer cottage’.

Inside the 10,000 sq. ft. house, a relaxed, breezy, uptown-in-August atmosphere prevails. Rooms that deserve special mention include the kitchen, a large space with French doors opening onto an outdoor breakfast spot, and the living room, which could effortlessly host a party or two and which features at least five sets of French doors opening to the grounds.

As for the grounds, they’re as beguiling as expected, a romantic series of lawns, hedgerows and gardens only interrupted by a combination garage and pool house and the Gunite pool that is standard equipment for an estate like this one. 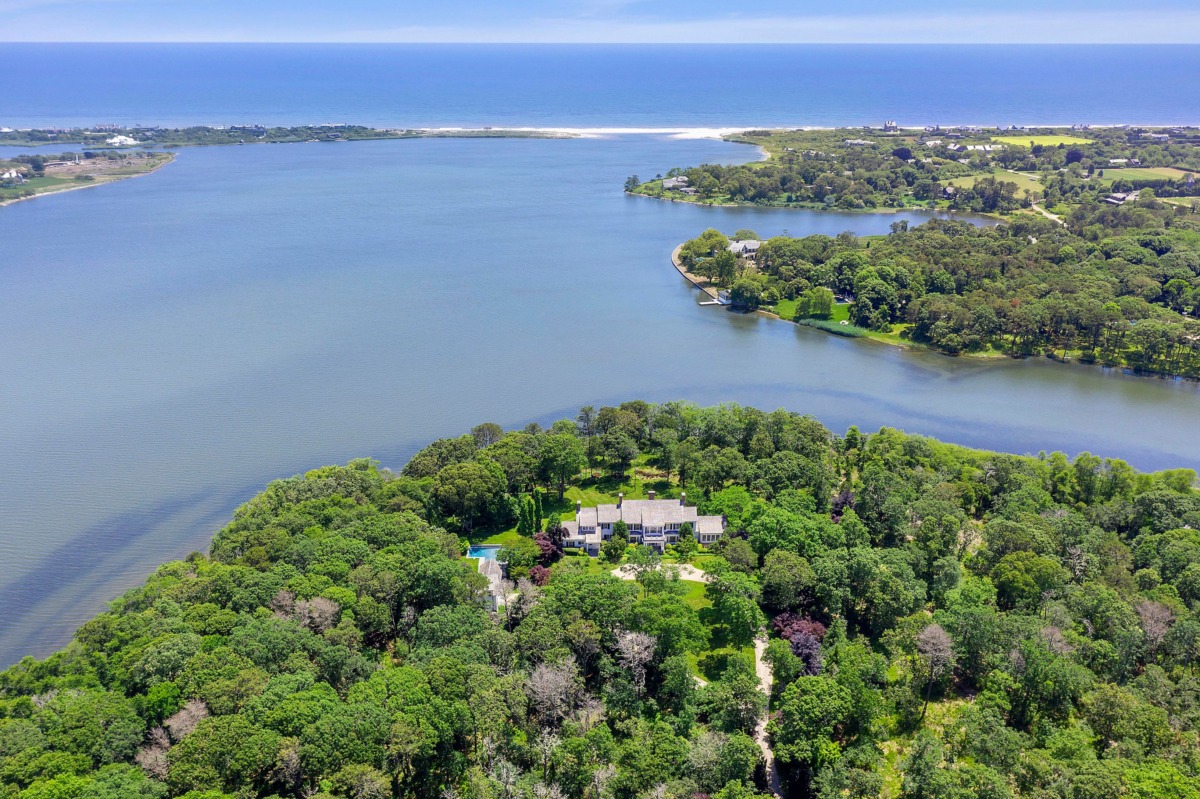