Brian Armstrong, who has made a literal mint with virtual currency, paid a resounding $133 million in hard-copy legal tender for a remarkable Bel-Air estate.

The Coinbase co-founder and CEO purchased the 4.6-acre compound — which is anchored by a John Pawson-designed trophy dating to 2009 — from businessman Hideki Tomita in the days before Christmas, sealing the deal quietly off-market. The sale registers as one of the most expensive residential property closing in California history, and joins only a handful of deals that crossed over into nine-figure territory; Marc Andreesen recently spent a state-record $177 million for the keys to a Malibu residence.

The main house measures in at nearly 20,000 sq. ft. But it isn’t the only residence on the estate. A Paul Williams-designed guest house of 6,000 sq. ft. has survived decades to accompany it; it went up in the pre-WWII years.

The main house features modern architecture, and gives the impression of balance, with a larger second level poised almost delicately over the first; its cantilevered design is expressed in limestone and timber. Its interiors are spare and beautiful. An abundance of natural-toned hardwood against blazing white allows the home’s sense of space to bloom; there’s a sense of monastic circumspection about the place. Outside, the poolside patio is subtly rendered in limestone.

It appears that the Pawson-designed home sits on a 2.34-acre lot, with the remaining acreage contributed by the Williams-designed guest house, which itself contributes 3 bedrooms to the estate’s total of 10.

Armstrong’s net worth is around $10 billion, according to Forbes. 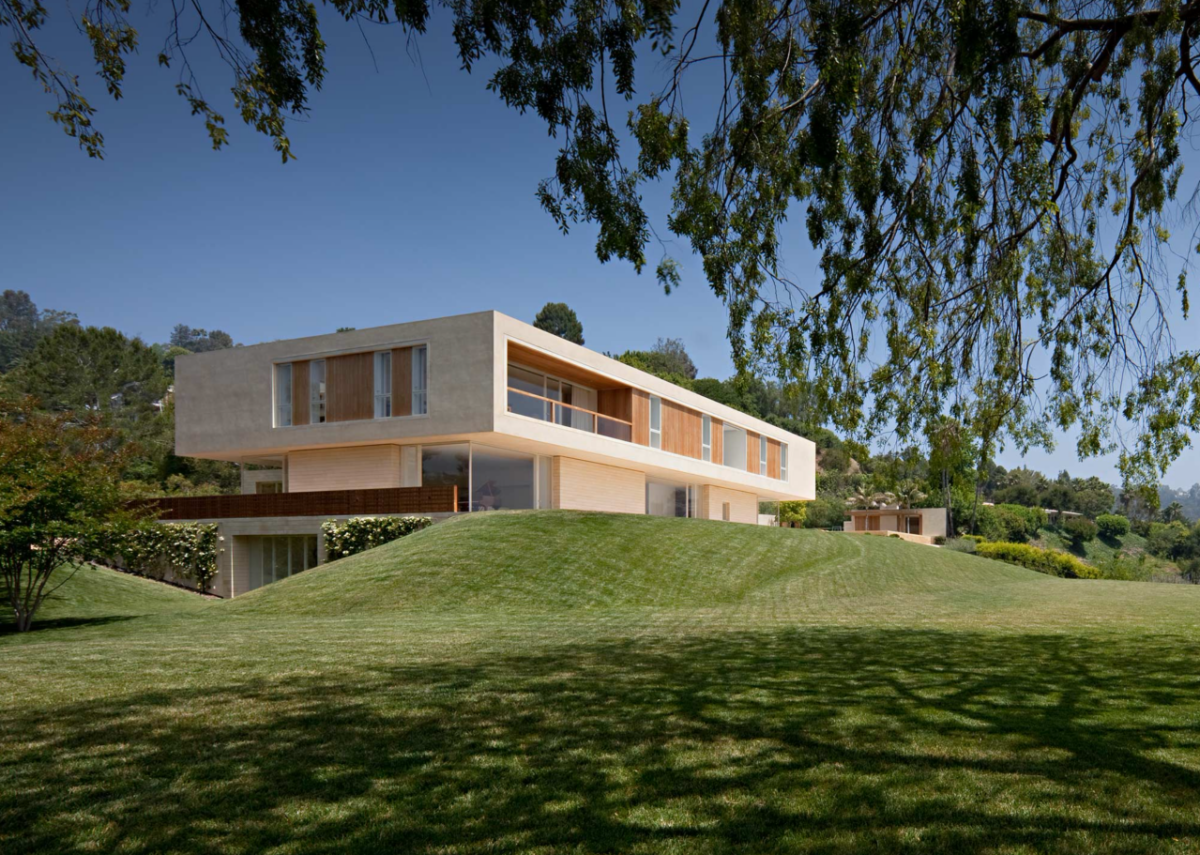