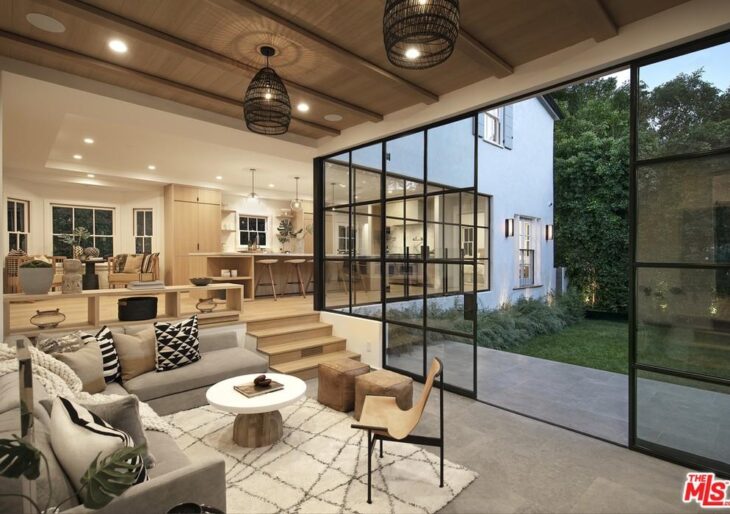 Justin and Hailey Bieber sunk nearly $26 million into a 1988-built mansion in Beverly Park. The home, which had been listed at $42 million prior to the sale, sits on two and one-half acres in the be-all-and-end-all community, amid landscaping that incorporates a koi pond, a motor court with a fountain, a tennis court, and a pool and cabana.

About a year later, the couple listed their smaller property in Beverly Hills. That home—a 1932-built, heavily-renovated 6,100 sq. ft. traditional with a whitewashed, rusticated masonry exterior—sold this month. The property closed at $7.955 million, which would’ve registered as a not-bad showing against the home’s initial open-market ask of $9 million if it wasn’t for the fact that the duo gambled $8.5 million on the nose to buy in.

The house itself need make no apologies. Its interior design sensibility is Spartan, in keeping with contemporary tastes, and its renovations were conducted fairly recently. The master bedroom features a vaulted ceiling with exposed beams and a linear fireplace, with a private balcony outside a bay centered with French doors.

Amenities include a courtyard with a zero-edge pool and both uncovered and covered patios—the latter boasting a linear fireplace—and a wine storage room with a bar.