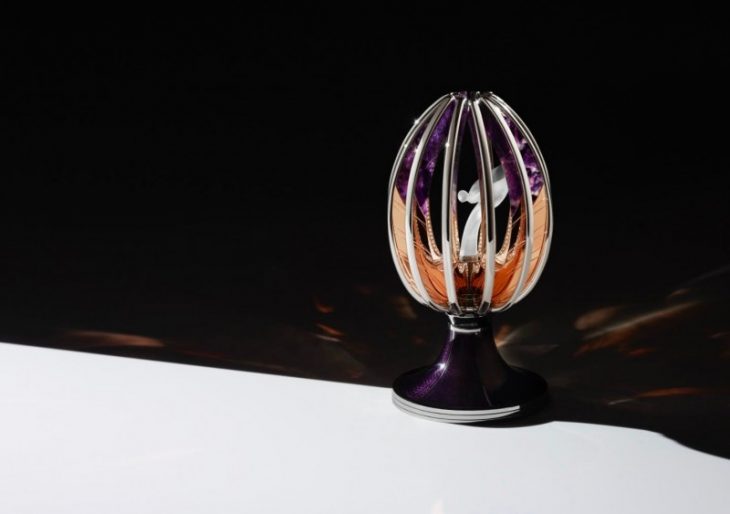 It took Rolls-Royce to bring back the Fabergé egg. But they did. They’ve teamed with the House of Fabergé to design a decidedly 21st-century spin on both the legendary egg and their iconic Spirit of Ecstasy.

The design house is famous for the incredibly intricate and luxurious handcrafted objets d’art produced in pre-revolutionary Russia, and for their most devoted customers: the Czar and his family. Of all their spectacularly singular items, their eggs became most famous. But the Spirit of Ecstasy egg is the first Imperial Egg created in over a century.

The concept for the special egg is the brainchild of Rolls-Royce designers Stefan Monro and Alex Innes. It boasts a purple enamel guilloché base of 18K white gold accented with rose gold arms, diamonds, and amethysts. And the automaker’s classic Spirit of Ecstasy hood ornament, crafted from rock crystal, takes its places as the egg’s center.

The “Spirit of Ecstasy” Fabergé Egg isn’t available to purchase, but it will be on display during Christmas at the House of Fabergé’s London Window.