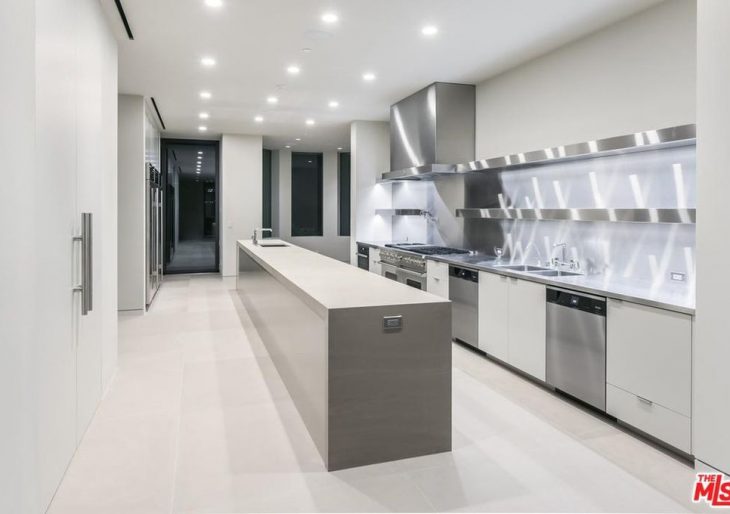 It was about seven months ago that Kanye West and Kim Kardashian sold their heavily renovated home in Bel Air. The couple accepted an offer of nearly $18 million for the home, and would have almost doubled their $9 million investment of 2013 if it hadn’t been for an expensive series of renovations.

It turns out the buyer last November was Marina Acton, a Ukrainian businesswoman with a keen desire to tread the boards as a pop singer. Acton is the wife of WhatsApp co-founder Brian Acton. For one reason or another, she’s put the house up for sale in a hurry. The asking price is an even $18 million.

The reason for the sale is a matter of speculation, but it may all come down to size, as Acton is expecting and may prefer a bigger place.

But. To the house. It measures about 9,000 square feet, and contains seven bedrooms and seven baths. Again, West and Kardashian plunked down substantial cashola to renovate, all but obliterating the original Spanish design elements and replacing them with a chilly contemporary feel that features lots of off-white, stone, and concrete.

Lots of tough angularity here, hard surface and geometry. The kitchen is downright clinical; loaded with stainless, and almost formless. The staircase helps bring a little thoughtfulness into the home, softening things nicely.

Acton is supposedly looking for a house that is about twice the size. 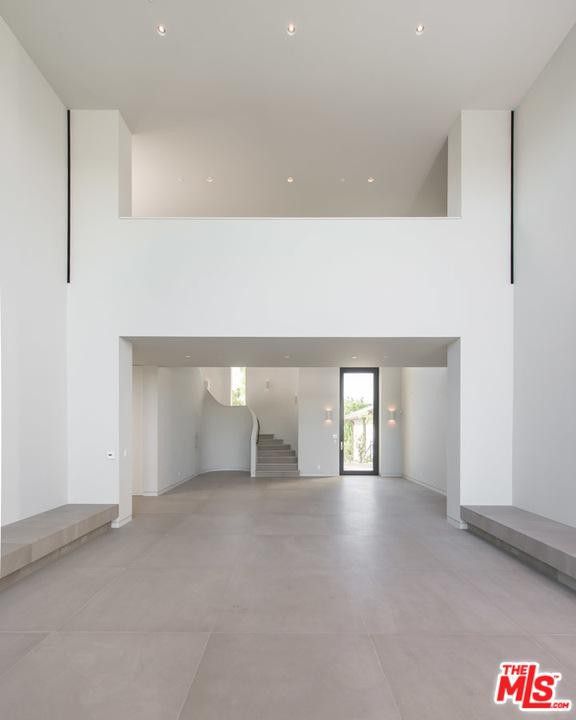