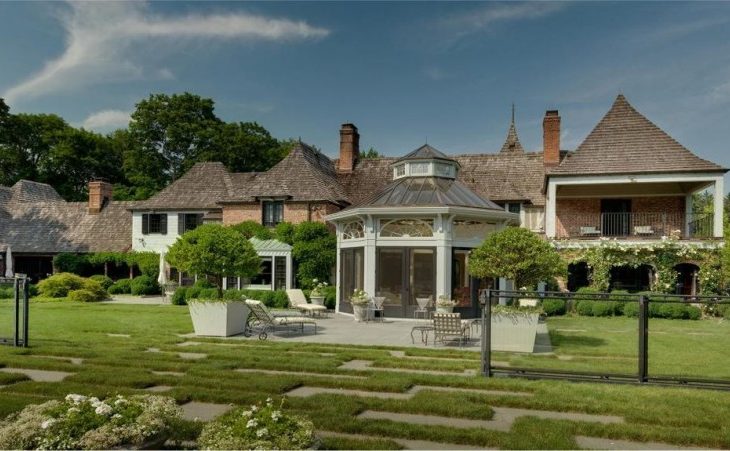 The former Chairman and CEO of Citigroup, Sanford I. Weill has just listed his luxurious English-style country estate in Greenwich, CT, with an asking price of $14.9 million. The five-bedroom, seven-bathroom home includes 9,495 square feet of space and sits on 8.26 acres of rolling green property with ample foliage, a custom greenhouse, apple orchards and exquisite curvilinear hedges.

The house, built in 1930, also includes a summer kitchen, a wine cellar, a home gym, gallery halls, a formal dining room with attached breakfast nook and a number of formal living areas. The home also includes a tennis court, raised gardens and a pool-spa combination.

For those who recall a Greenwich listing two years ago from the financial exec, rest assured: you’re not experiencing déjà vu. Weill also owns the property next door—which was built in 2004 for his son. He tried unsuccessfully to sell that property in 2014 after his son decided to move to New York. Depending on interest, Weill is apparently willing to sell the properties together as a single 14-acre compound.

Weill, whose net worth was recently estimated at $1.11 billion, began his career with a $150-a-week salary at Bear Stearns, eventually founding brokerage firm Shearson Loeb Rhoads, which he and his partners sold to American Express in 1981 for $1 billion. He went on to create insurance behemoth Travelers Group via acquisition, merging it with Citicorp in 1998 to form Citigroup, one of the largest financial services companies in the world. He served as that company’s CEO until 2003 and Chairman of the Board until 2006.