Actress Melody Thomas Scott—of The Young and the Restless fame—accepted an offer for her Los Angeles-area mansion in the opening days of the year.

Scott had called the 6,080 sq. ft. Tudor-inspired residence home for over two decades when it sold. She and her husband, Edward J. Scott, initially listed the place in 2019 with a $7.3 million asking price. The property changed hands last week at $6.14 million.

The 1988-built five-bedroom features a wealth of dark-finished hardwood, including hand scraped plank, trim, exposed beams, paneling and wainscoting, setting the tone of the style with few compromises.

Highlights include the large master bedroom, which feature a hipped ceiling and a private balcony accessed by sliding glass doors, and the dayroom, which hints at a rotunda sunroom and features multiple sets of French doors. The chief amenity is the exterior living area, a complex of stone patios and pergolas with a infinity-edge lagoon-ish pool overlooking the views from the hillside lot. 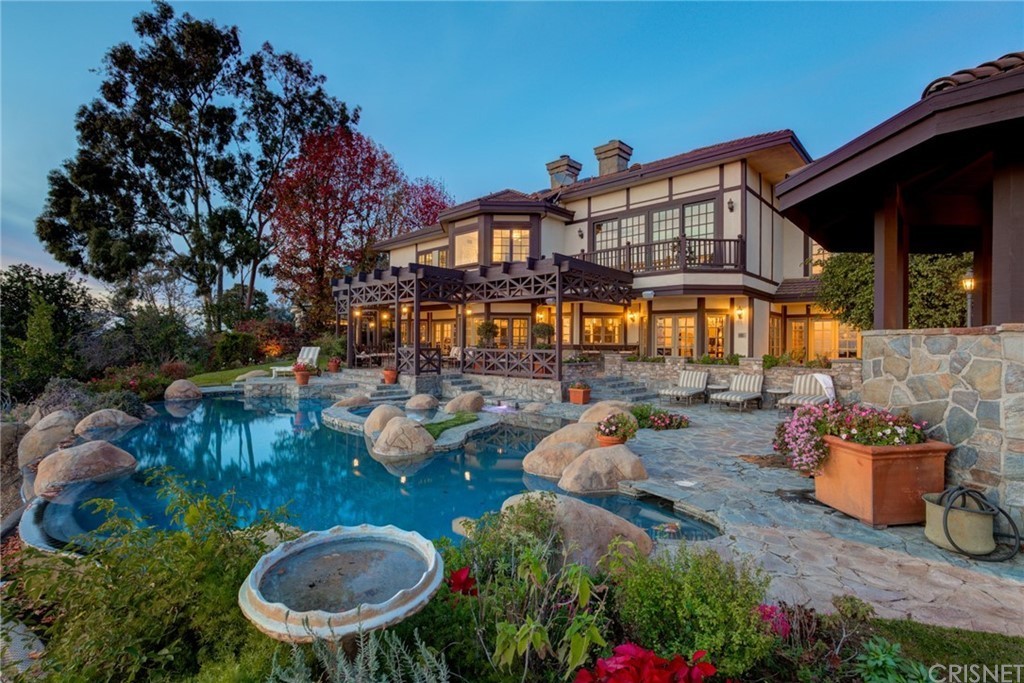