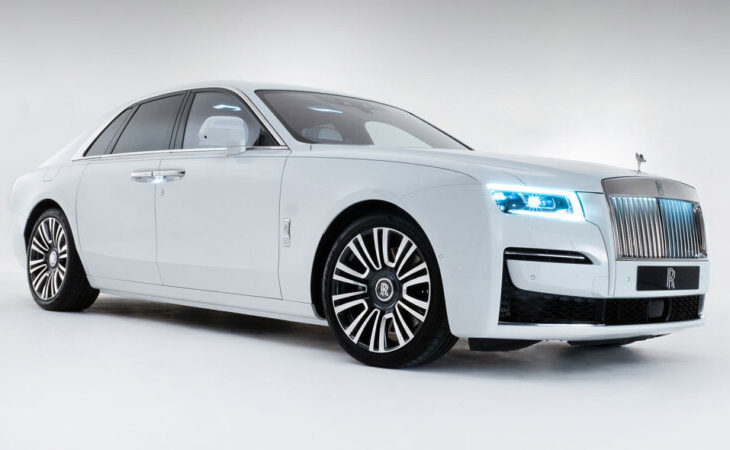 Last year’s Rolls-Royce Ghost was a light refresh, with few substantive changes from 2019, and at that time we looked forward to the 2021 Ghost to see what the automaker had in mind for a full revision.

Well, the Rolls-Royce Ghost for the 2021 model year has been revealed, and although its design language doesn’t show off radical etymological invention, it is indeed something of a redefinition—inside and out. From its new, Rolls-designed and built chassis to the atmospherics of its fascia, this is an alpha luxury sedan model that has settled comfortably into this new decade. The exception is the 6.75L V12, which still makes 563 horsepower, but no tweaking was really necessary there, and has remained stable since the model’s introduction in 2010.

The most striking visual alteration is the fascia, which features LED borders for the headlamps and LED backlighting for the newly designed and—for Rolls—fairly understated grille. The look is far from exotic, but it is effective, setting an esoteric tenor. The car is also larger for 2021, allowing for an even roomier cabin with more rear headroom, and its lines are less abrupt.

Rolls is going with a modular platform these days, and the Ghost joins the Phantom and the Cullinan in using it—Goodwood’s marketing pros have given it a marvelously toffee-nosed name…‘Architecture of Luxury’…and its adoption by the Ghost means the BMW-in-Rolls-Clothing chassis strategy is a thing of the past.

Other changes for 2021 include a new suspension with attendant software that compensates on the fly via a series of drive settings and adjustable dampers, AWD, and an ultra-smooth shifting gearbox. Inside the cabin, the Ghost receives an LED-studded dash that simulates the heavens—pair that with a Starlight Headliner and you’re on your way there—as well as a 1,300-watt audio system, power doors that relieve passengers and driver of the task of opening and closing, and better sound insulation.

Stay tuned for delivery and pricing information for the new Rolls-Royce Ghost. The nitty-gritty should follow this reveal by a few months.