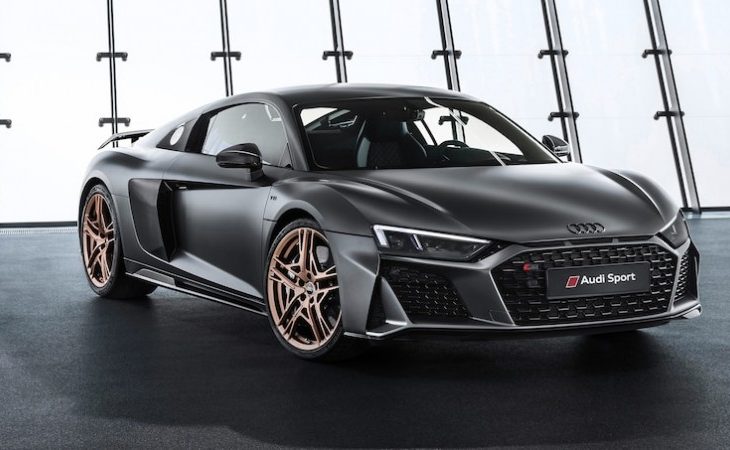 Luxury German automaker Audi is honoring the R8 V10’s decade of existence with the introduction of the Decennium Edition of the popular and mercurial supercar.

The variant also receives a glossy black diffuser, front spoiler, and side stills. Audi amped up the interior styling as well with accents like glossy carbon-fiber inlays, and the expected special-edition logos. An Alcantara-wrapped steering wheel and Alcantara inserts on the sport seats also add that soft luxe feel to the cabin.

Like any R8, the special edition gets its strength from a naturally aspirated 5.2-liter V10 engine paired with a seven-speed dual-clutch automatic. But the engine has been tweaked to produce 620 hp and 428 lb-ft of torque, a bit better than V10 Performance numbers, resulting in a zero-to-62 mph leap of 3.1 seconds, which ranks it at the top of the R8 heap as far as simplified performance numbers.

Although there’s no official word yet, it looks like Decennium models will only be available in Europe. Just 222 examples of the Decennium will be produced, so demand for the limited-edition vehicle will outpace supply across the pond.