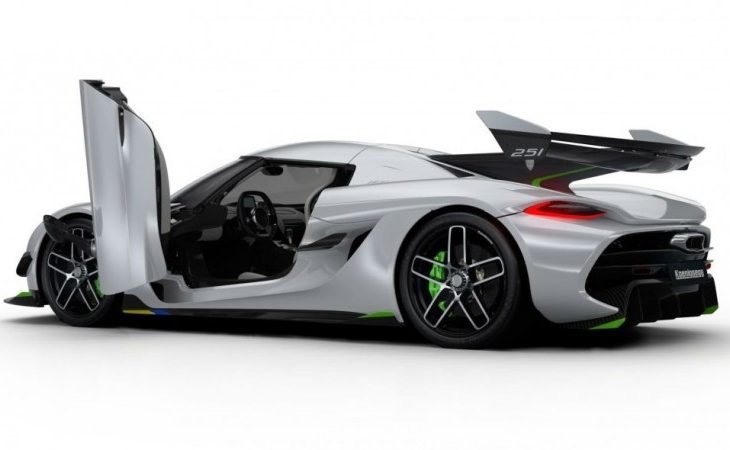 Koenigsegg’s revelatory unveiling at this year’s Geneva Motor Show promises astonishing response. The 1,600 HP might leave jaded auto-show regulars only very impressed, but the automaker’s custom-designed nine-speed auto gearbox—which sports seven clutches—made them really sit up and take notice. Koenigsegg calls the transmission the ‘Light Speed’, and the name gives the reader a credible indication of its transition time, leaping over unnecessary gears to arrive at the right place at the right time.

Koenigsegg calls their latest model the Jesko, and tells those with $3 million to spend on such a car—and the abundant dreamers who far outnumber them—that, while the vehicle replaces the Regera, it is an entirely new beast. The Regera’s suspension makes the cut, but has been improved with an extra damper in front to enhance performance at higher speeds. But the Jesko is also longer and taller than the outgoing model, and the 5L V8 has been overhauled with additional fuel injectors, and even an auxiliary air pressure system for a quick blast to the turbos.

The Jesko features a new rear-wheel steering system that allows for compensation depending on conditions, as well as a fully updated active aerodynamics system with a massive splitter, rear wing and flaps all working in concert.

This may be the most overtly ‘luxe’ model Koenigsegg has designed, indicating that they pulled out all the stops in every way possible. They’ve thoughtfully come up with two versions of the car: a track version which boasts a 300 MPH top speed, and a more road-going version that’s less dramatic and more creature-comforts oriented.