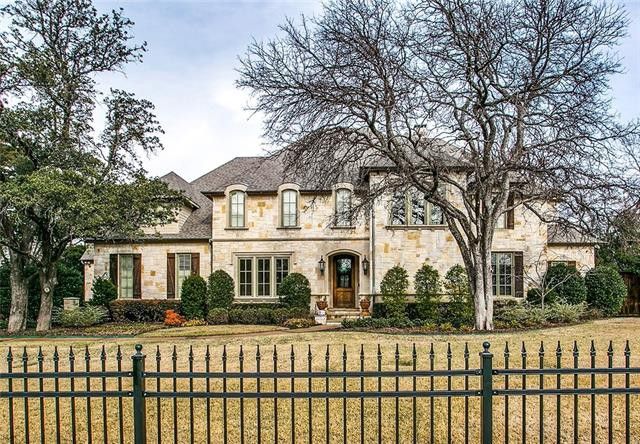 The listing follows news of his retirement, which was announced a few months ago. The former Rangers star is now prepared to move on from his French-style manse in Dallas, and perhaps leave Texas altogether.

The expansive 8,000-square-foot mansion was built just over a decade ago. It looks very period, and very romantic. Did you mistake this home for an 18th-century French country estate transplanted in Texas? That’s what the designer was going for, most likely. Beautiful accents like hand-scraped hardwood floors and elaborate wood paneling give the residence its convincing classic chateau style.

The house contains five bedrooms, but the heart of the home is the shared living area, which is laid out as a formal entertainment-ready space. Highlights of the house include the living room, set up cozily with a fireplace and a wet bar, and a wood-paneled office and library.

The rusticated kitchen is equipped to host, and features a center island and a full complement of top-of-the-line appliances. A game room, a movie theater, a craft room, and a wine cellar tackle amenities. And the three-quarters of an acre of land invite outdoor recreating: a covered lounge space, a swimming pool, and a spa are nestled amid the lawns and mature trees.

Aside from his eight-season stint with the Rangers, five-time Gold Glove Award-winner Beltré spent time with the Dodgers, the Mariners and, briefly, the Red Sox.