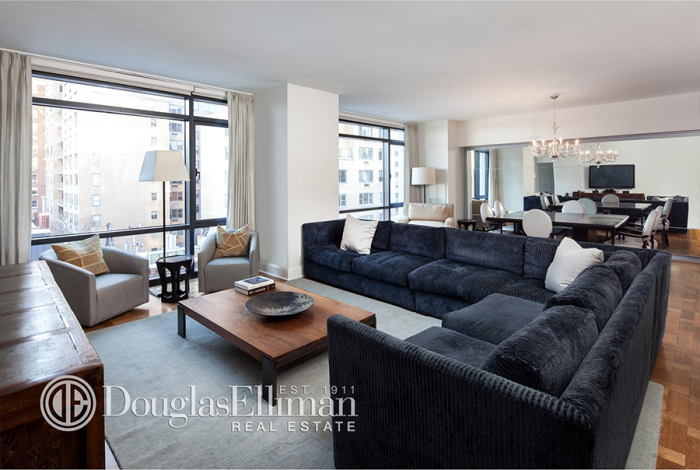 Ricky Martin’s leaving la vida loca—at least that of the hinterlands of the Upper East Side.

The pop artist has put his luxury condo near Carl Schurz Park up for $8.4 million. He purchased the 3,147 square foot, four-bedroom, 4.5 bath unit about four years ago for $5.9 million.

Condominium dues for the building come to a whisker under $7K, but include screening room, billiards room, paneled library, and fitness center with golf simulator, apart from the usual amenities of 24-hour concierge, doorman and garage services. The building offers a landscaped courtyard.

The unit itself is modern, bright, and slightly stark, with parquet flooring in the living room and traditional black-on-white tiling in the kitchen. A mirrored wall in the living room fulfills its purpose. The master suite features a pleasantly expansive bath. There are, of course, city views aplenty.

Martin has apparently purchased a new home in Beverly Hills for $13.5 million; he also owns several other properties in Florida, Brazil, Spain and Puerto Rico.

Enrique Martin Morales has been involved in show business all his professional life, beginning on the 1980’s guest-star vehicle ‘The Love Boat’ when he was fourteen; he hit it big as a member of 90’s boy-group Menudo, and in 1999 released an eponymous record that contained the smash hit ‘Livin’ La Vida Loca.’ He has published an autobiography, and he appeared on Broadway in ‘Evita’ in 2012. He is an activist for humanitarian causes including gay rights and the prevention of human trafficking; awards for activism include a Hispanic Heritage Award, an ALMA, and a Vanguard Award.