Correction: We regrettably made a reference to the “late” Dick Van Dyke. The living legend celebrated his 90th birthday on December 13th. We wish him many more to come.

A palatial Encino estate with a storied history sold last week for $6.512 million. Among its former residents were legendary comedian and actor Dick Van Dyke and Brazilian musician Sergio Mendes.

And how’s this for a Hollywood rags-to-riches story? While Mendes owned the place, he hired some contractors to build a recording studio. Among the construction workers? A young Harrison Ford, prior to his breakout role in American Graffiti.

Privately situated behind a hedge-lined gate, the handsome villa has a gorgeously landscaped front with a horseshoe drive and an imposing arched entry beneath the Italianate tile roof. A simple lantern hangs demurely in the beamed foyer with smooth Doric columns holding up the vaulted hall ceiling to the side.

All told, the home boasts 12,015 square feet of space with three bedrooms and five-and-a-half baths. Among the opulent amenities are a theater/billiard room with a wet bar, a fitness room, an elevator, a wine cellar, a subterranean garage, a tennis court and more than an acre of sprawling lawns—upon which Pelé reportedly played some soccer during Mendes’ ownership.

The formal living room includes a classic wood media center and a sleek wood-burning fireplace and opens to a back loggia with plenty of room for outdoor dining, while a formal dining room sits in a domed room off the side of the kitchen—whose shaker cabinets, robin’s egg stove and ornately camouflaged hood vent couldn’t be more charmingly classic.

The home was last sold in the late ‘90s for $1.25 million. This time around, it was originally listed at $8.995 million before a price chop got it closer to its eventual negotiated price. 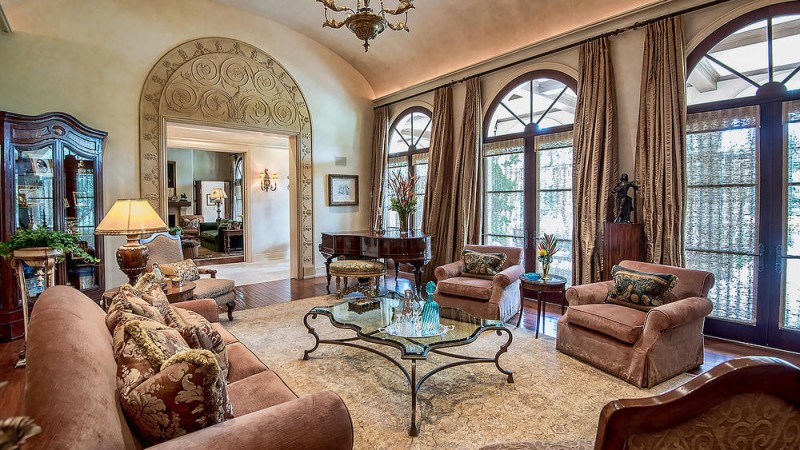 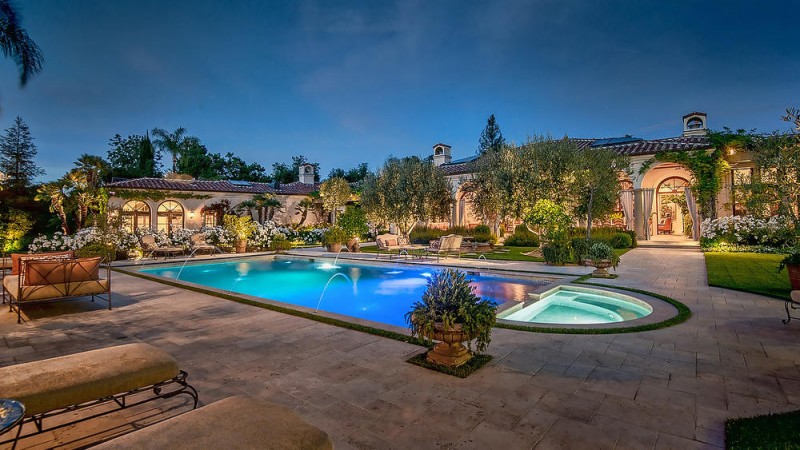 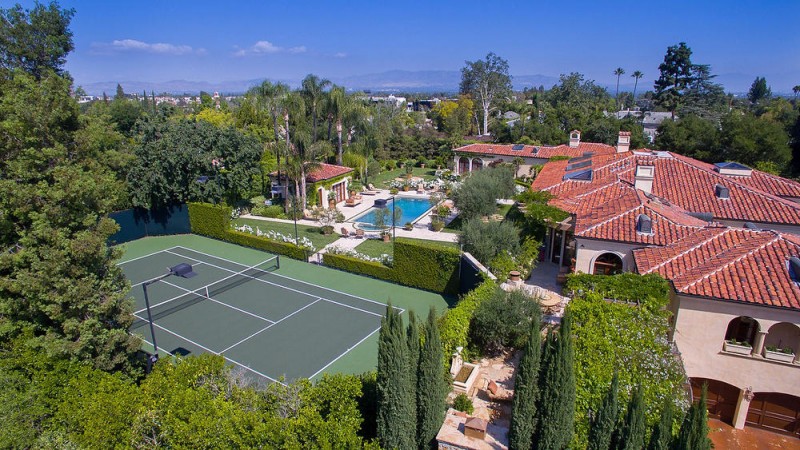