Brendan Fraser’s Former L.A. Contemporary Back on the Market At $4.4M

Turns out Brendan Fraser—the actor who splits his roles between action-packed dramas like The Mummy trilogy and nice-guy/airhead fare like Tarzan, Dudley Do-Right and, well, Airheads—happens to have a pretty great eye for mid-century modern architecture, as evidenced by the spectacular contemporary he had built in Beverly Hills.

Fraser sold the 3,948-square-foot home in 2007 for a cool $3 million, and it’s now back on the market with an upgraded price of $4.4 million. Frosted glass fences and a stainless steel overhang greet guests at the front of the home, while just about every room in the canted main structure features stunning hilltop views.

A shotgun-style kitchen with a double-wide stovetop gets plenty of light through ceiling-level windows and leads to a leather-clad booth for informal dining. The larger formal dining area carries on the wraparound window theme, though these are floor-to-ceiling and include a door to the home’s ample back patio. With two separate seating areas and a grilling station, it’s the perfect place for a cookout.

A lower level terrace leads by stairway into the large formal living room with—you guessed it—plenty of floor-to-ceiling windows, as well as a glass-lined lofted den, while the simple master suite includes a fireplace and built-in shelves. Other features of the home include a gym, a media room, a photography dark room and a home office with a curvaceously carved desk. 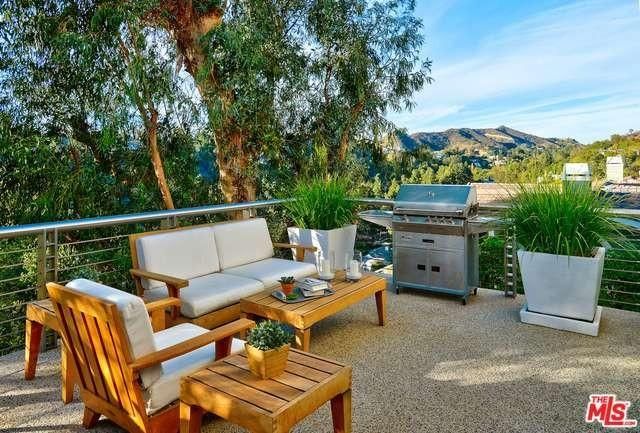 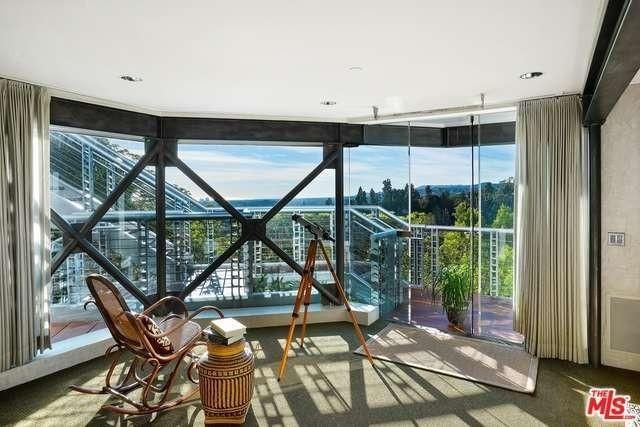