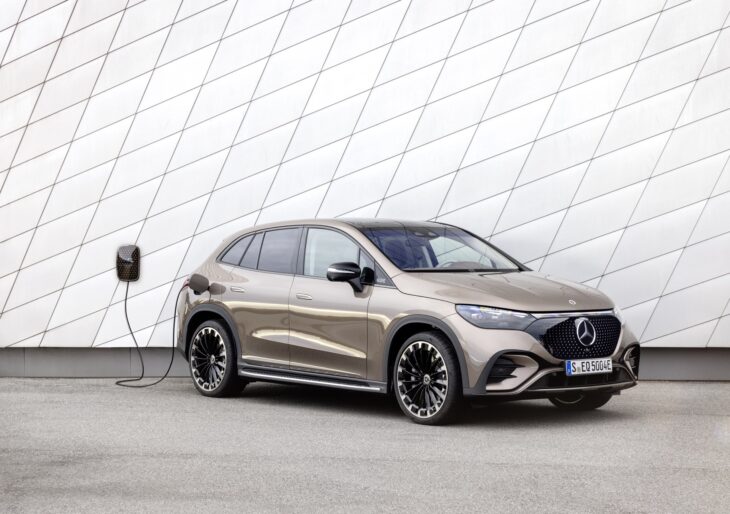 Mercedes-Benz gave the inaugural year of the EQE SUV an official debut this fall. The announcement from the automaker arrived as the culmination of a series of press release reveals that focused on the new model and its interior. The SUV version of the EQE will be in dealerships for the 2024 model year.

The 2024 EQE SUV’s body language is simultaneously muscular and incredibly smooth. A beefy nose is ornamented with a peculiarly effective painterly design wherein grille, lamps, accent bar, diffuser and vents are incorporated into a stylish interplay; it transitions to a sculpted hood, raked windscreen and long gradient from the B pillar to a lip insert and abrupt back end. A trim beast, it’s more compact than the EQE sedan.

Mercedes’ trumpeting of the 2024 EQE SUV coincided with an AMG version of the new mid-size family wagon. But the standard production EQE SUV will likely be sporty enough for most buyers, with or without 4Matic; features include Airmatic air suspension, adjustable clearance, and Dynamic Select programs. An Offroad program speaks for itself, and a rear-axle steering system can be optioned.

Unlike the AMG version, which trades throttle thrills for range, the range of the standard EQE SUV goes up to 369 miles (WLTP) depending on the trim selected (there are three non-AMG trims in total: EQE 350+, EQE 350 4Matic, and EQE 500 4Matic). Mercedes has sung quite loudly about the new sound system in its new models and recent generations, and the EQE SUV is loaded with it; the company is the first to offer Dolby Atmos Spatial Audio in a non-Apple context, while Universal adds big-name cred to the system. Buyers can option Burmester 4D and 3D hardware.

Other techy comforts of the interior include the ‘Serene Breeze’ vehicle soundscape, Navigation with Electric Intelligence (which includes charging station information), Energizing Comfort, heat recycling. As for the driver assistance suite: it’s one of the most involved packages we’ve seen. 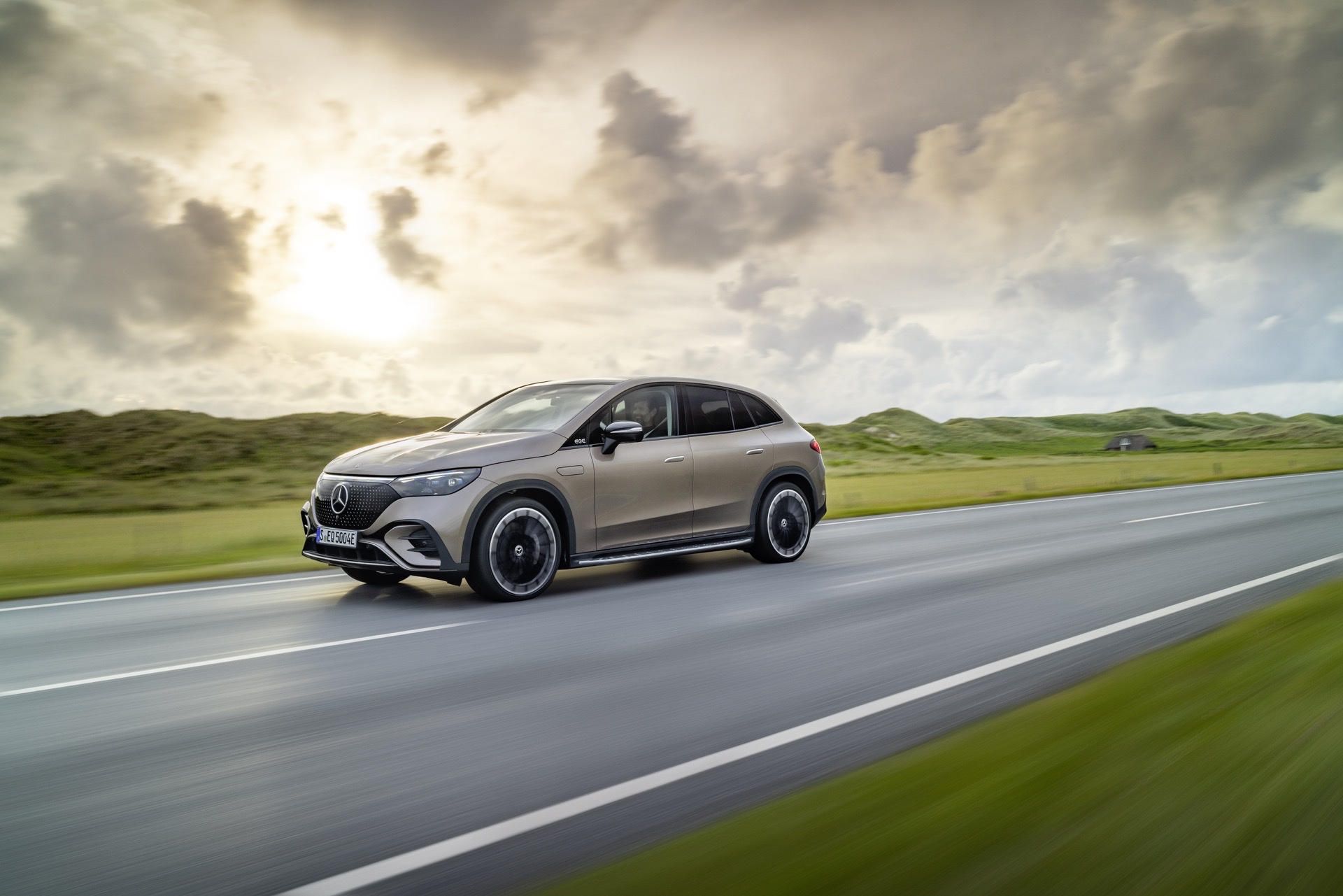 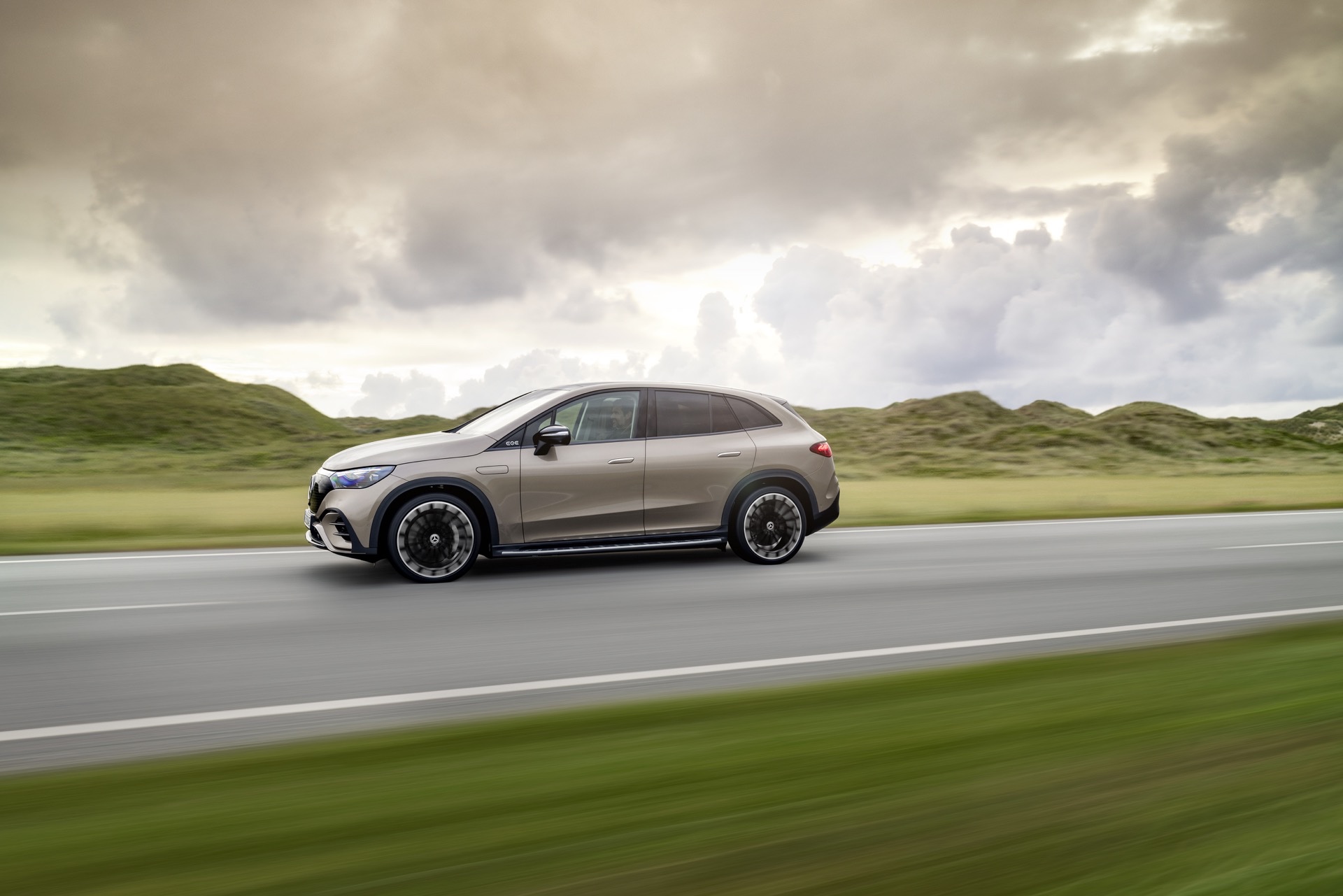 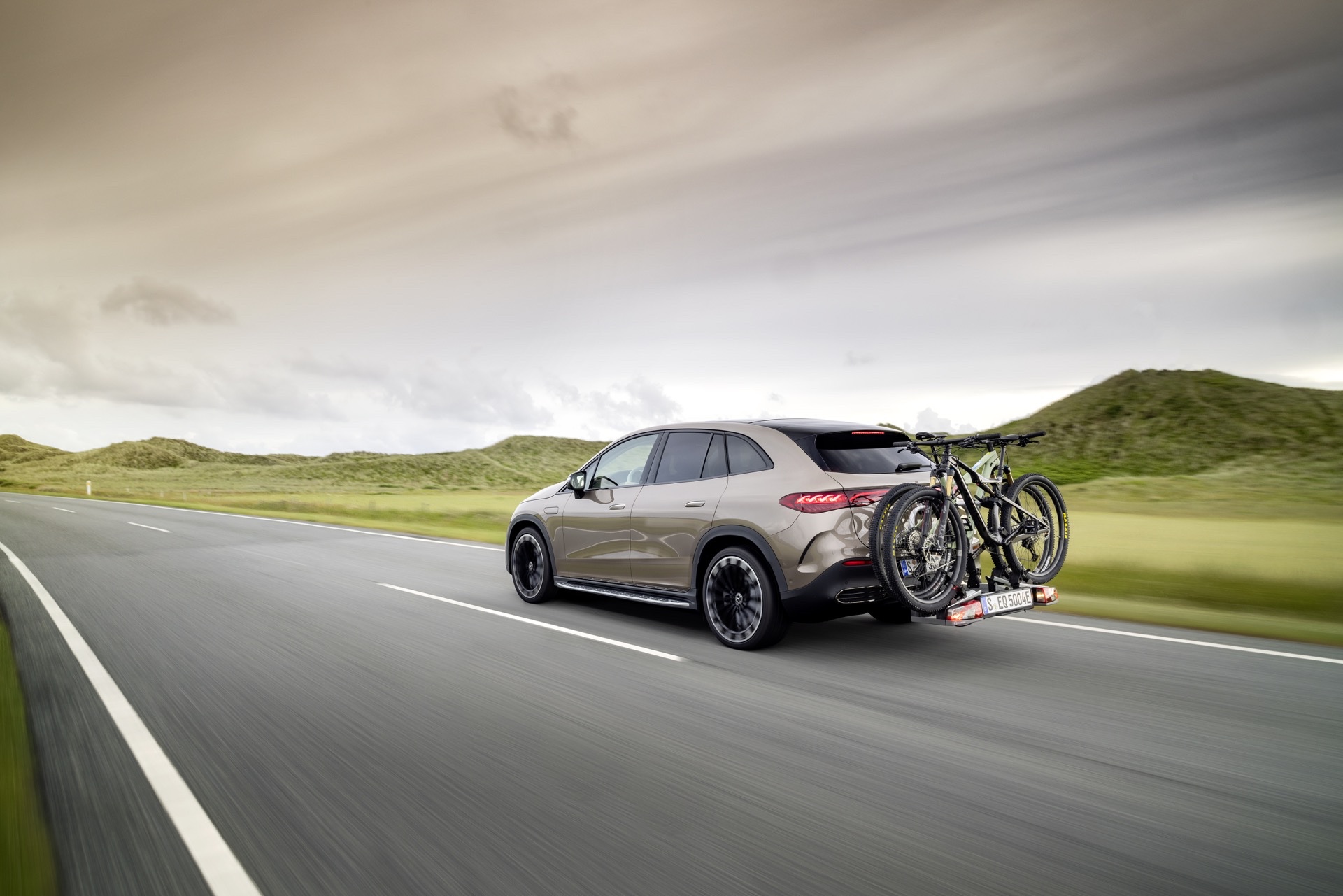 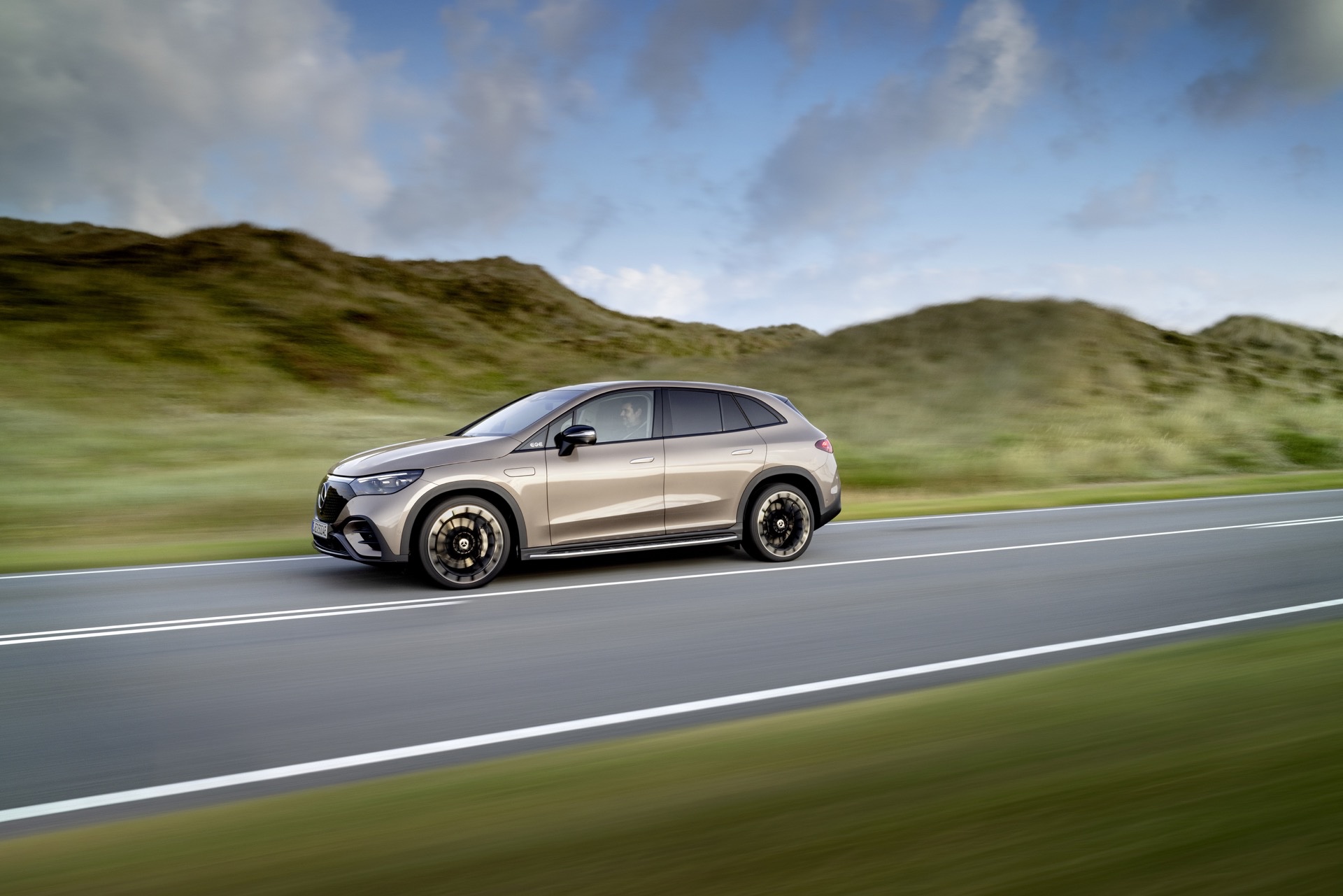 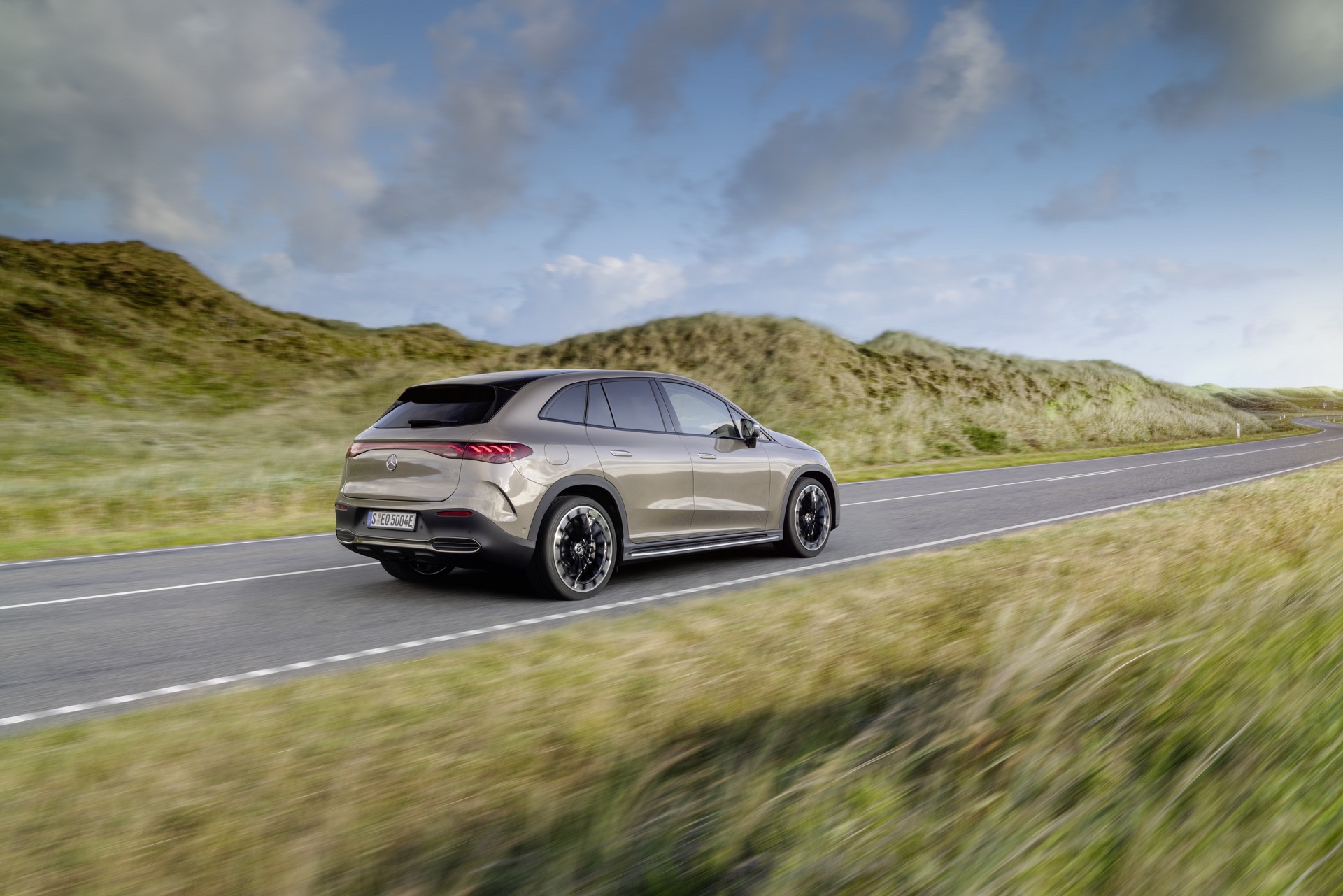 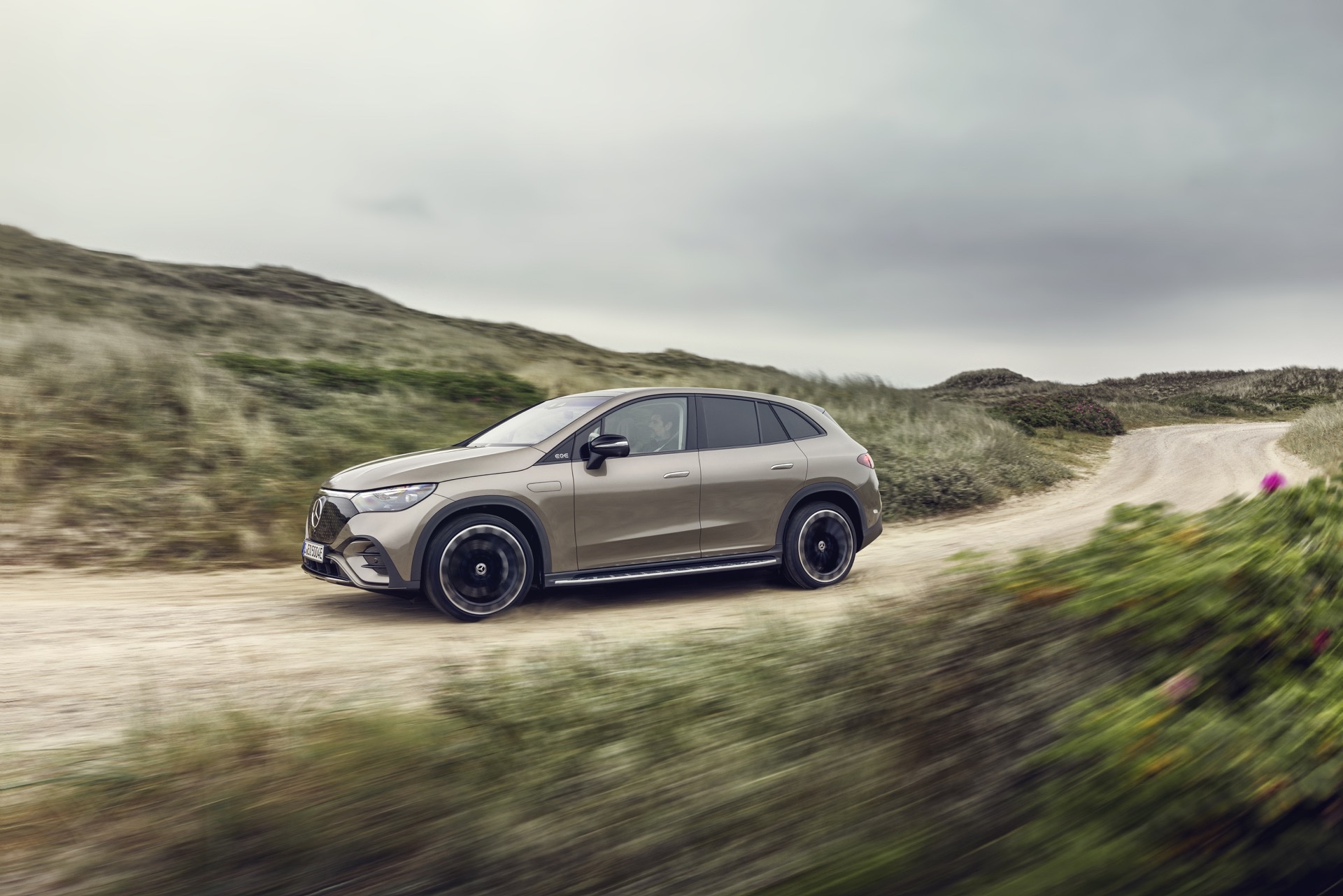 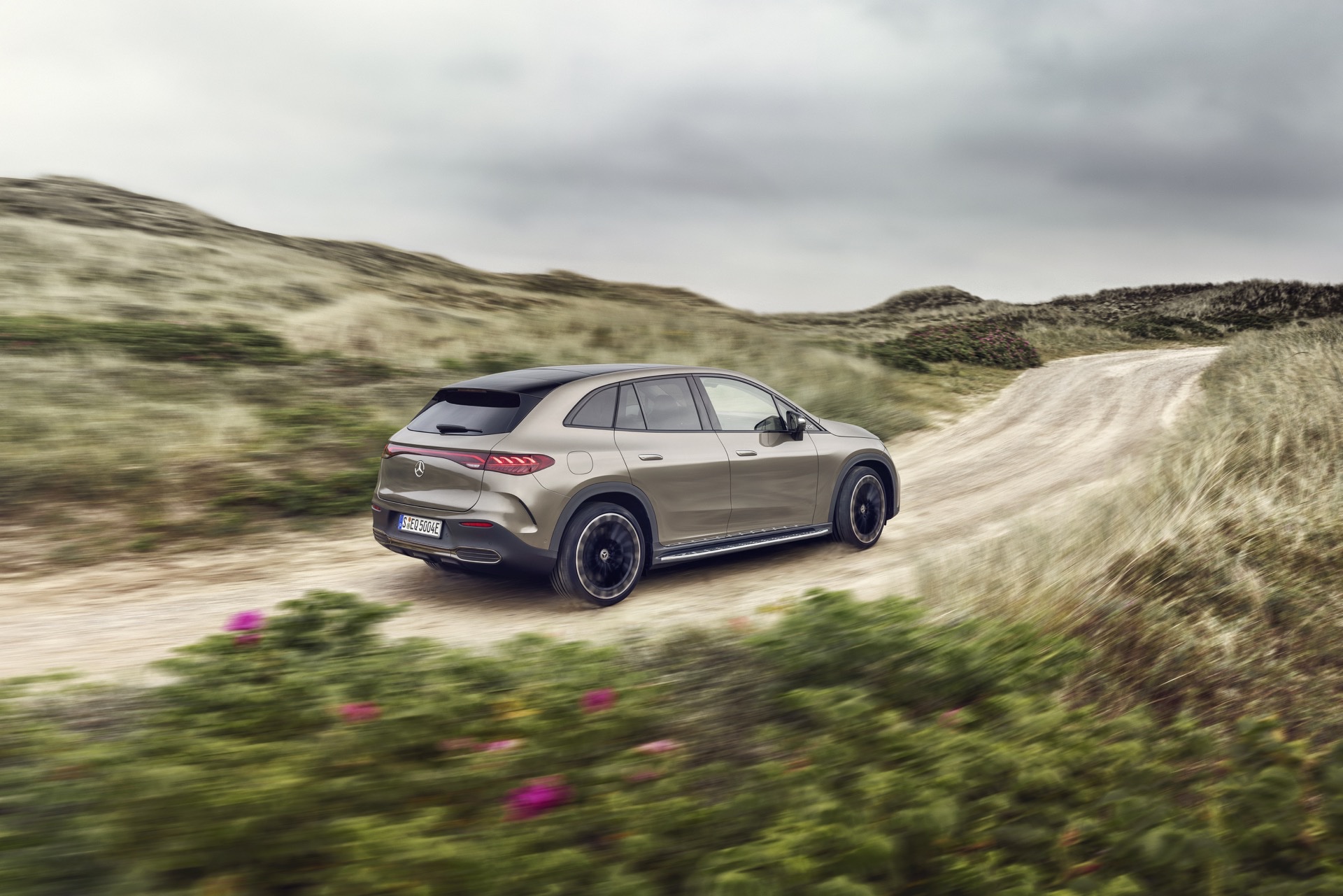 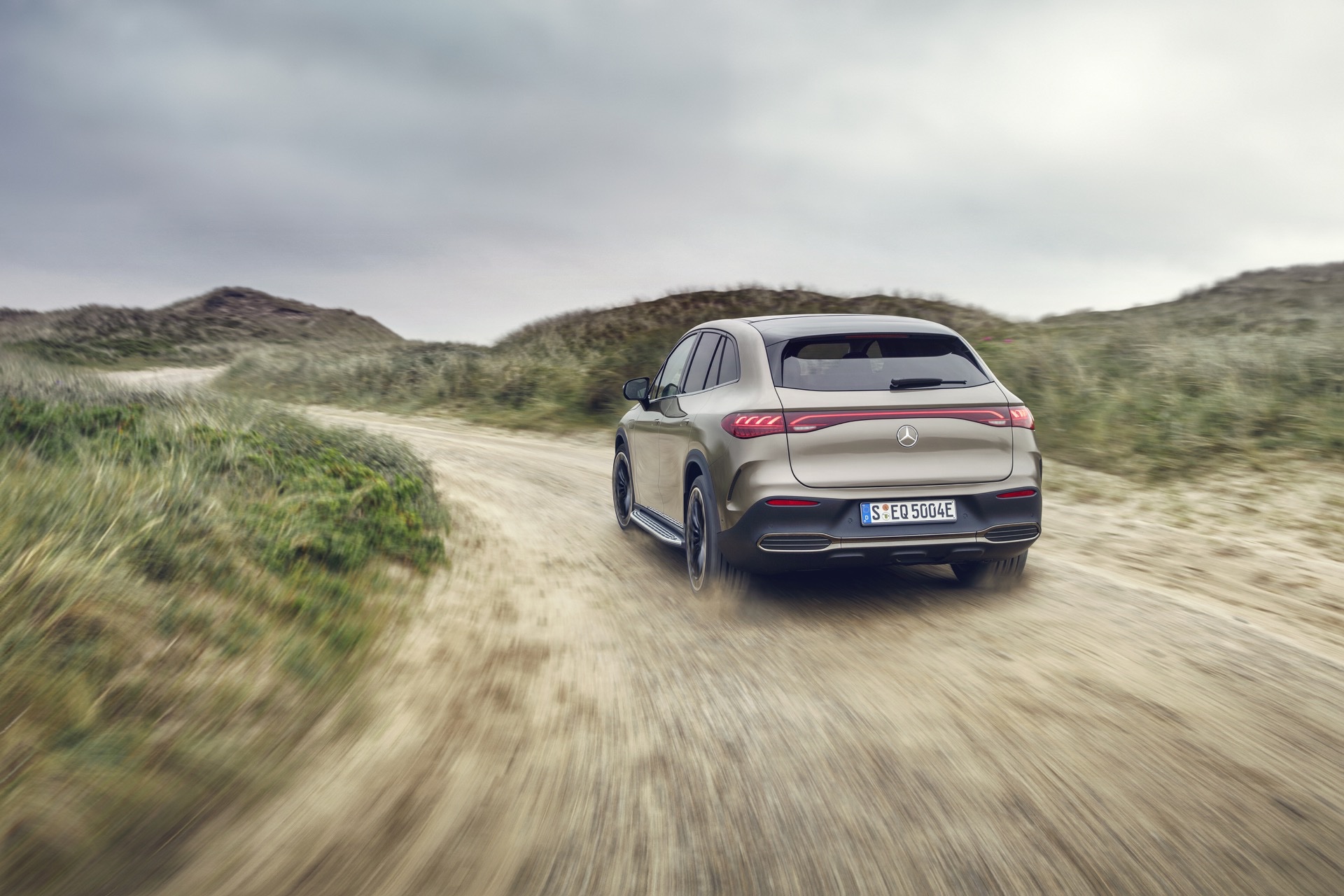 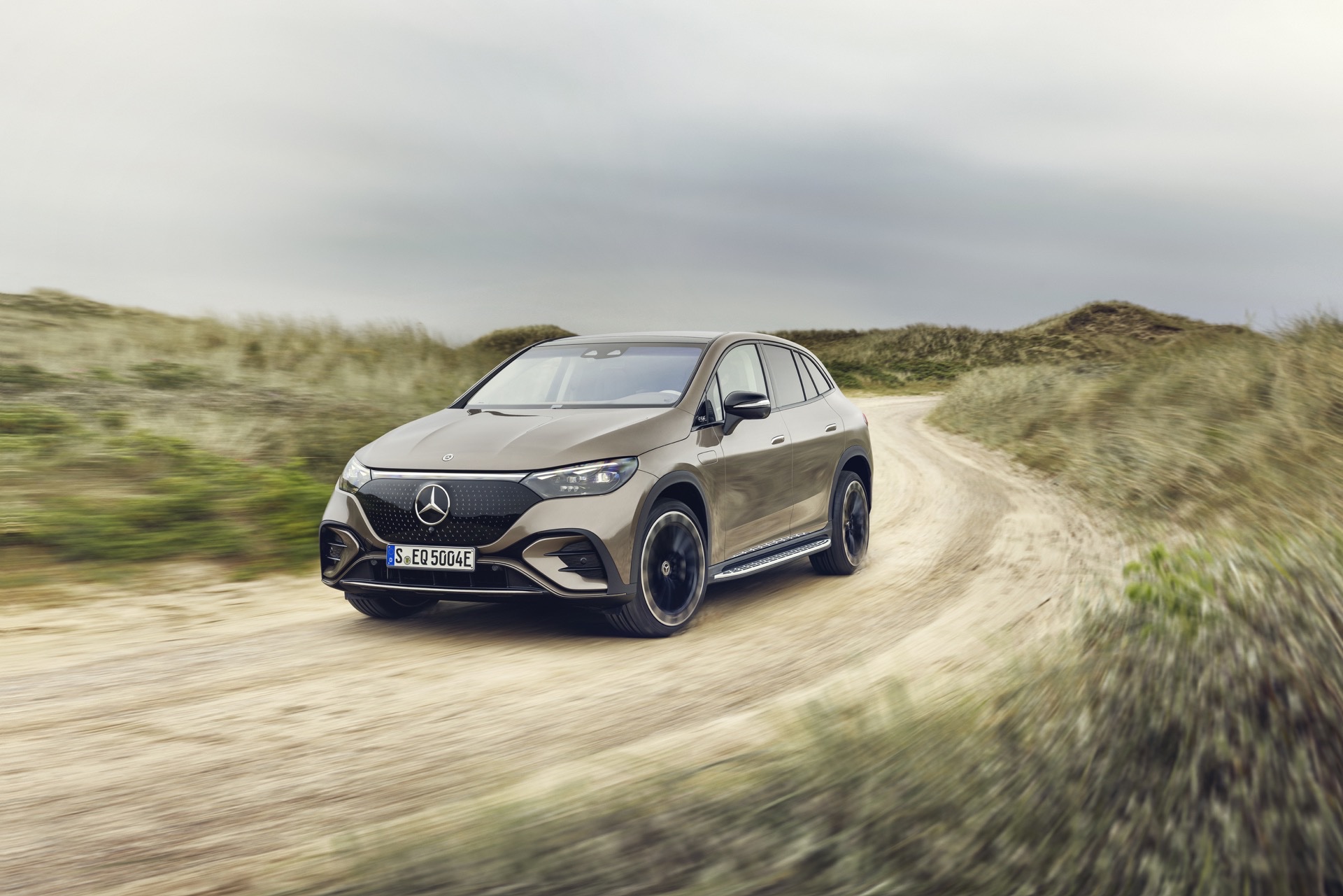 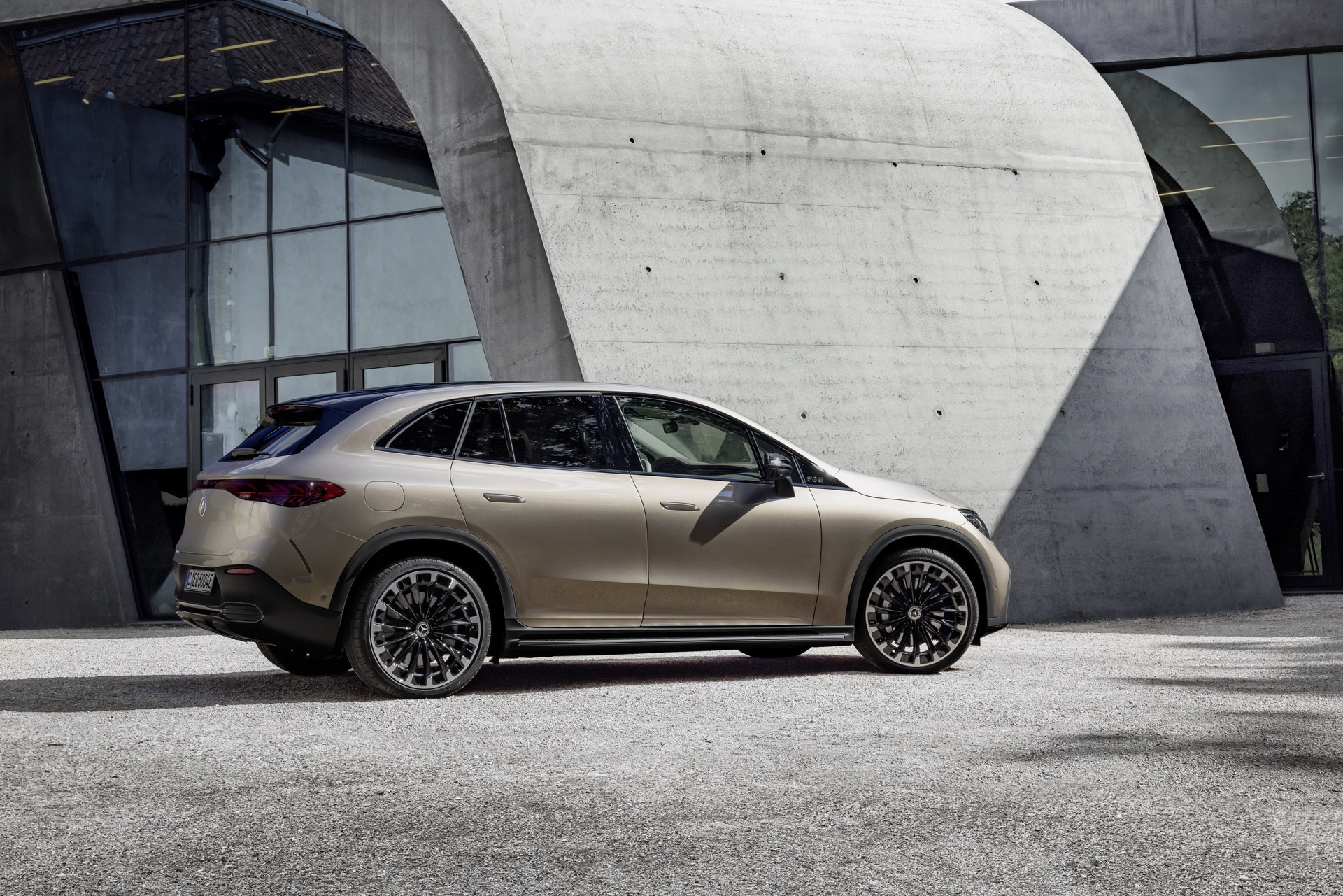 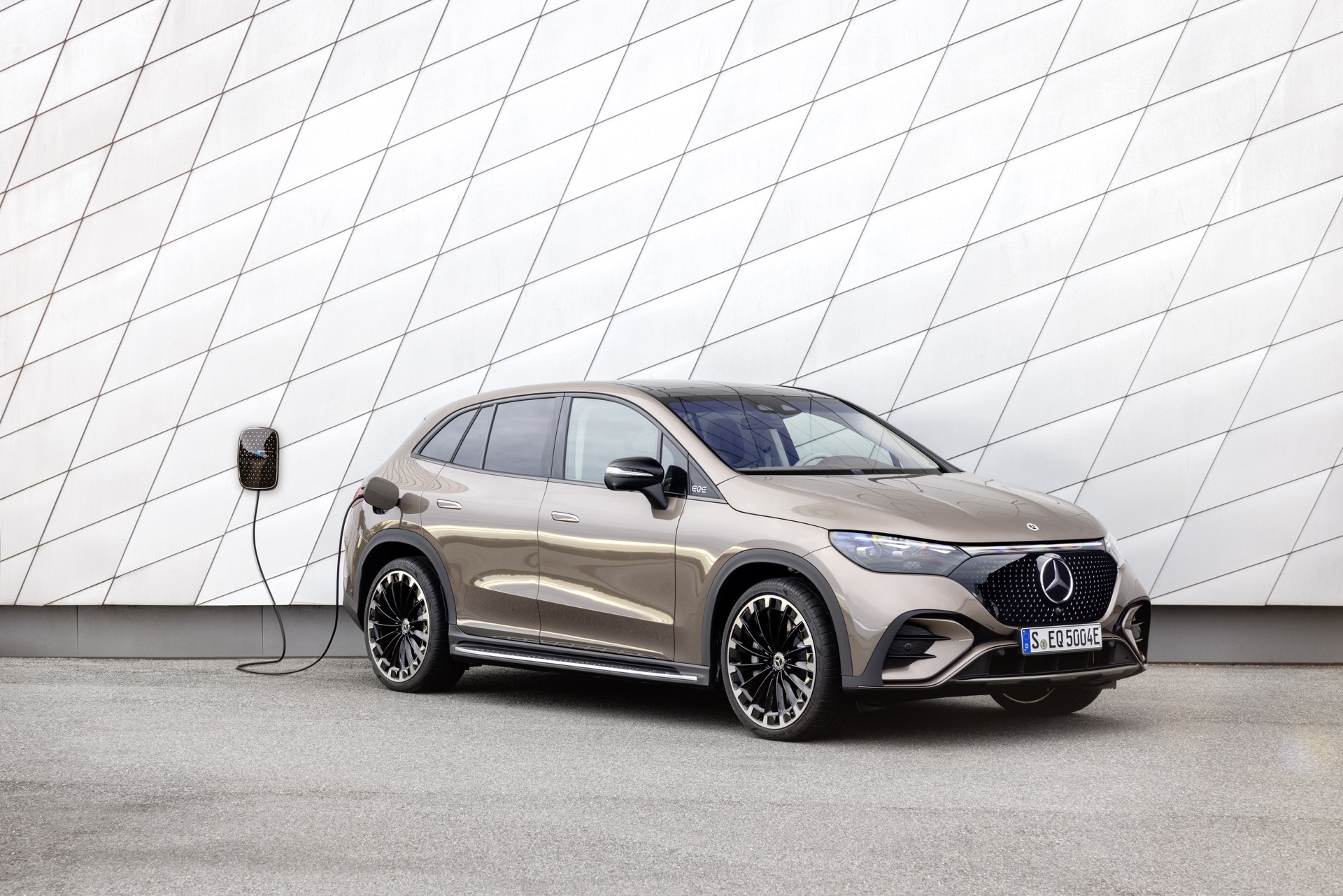 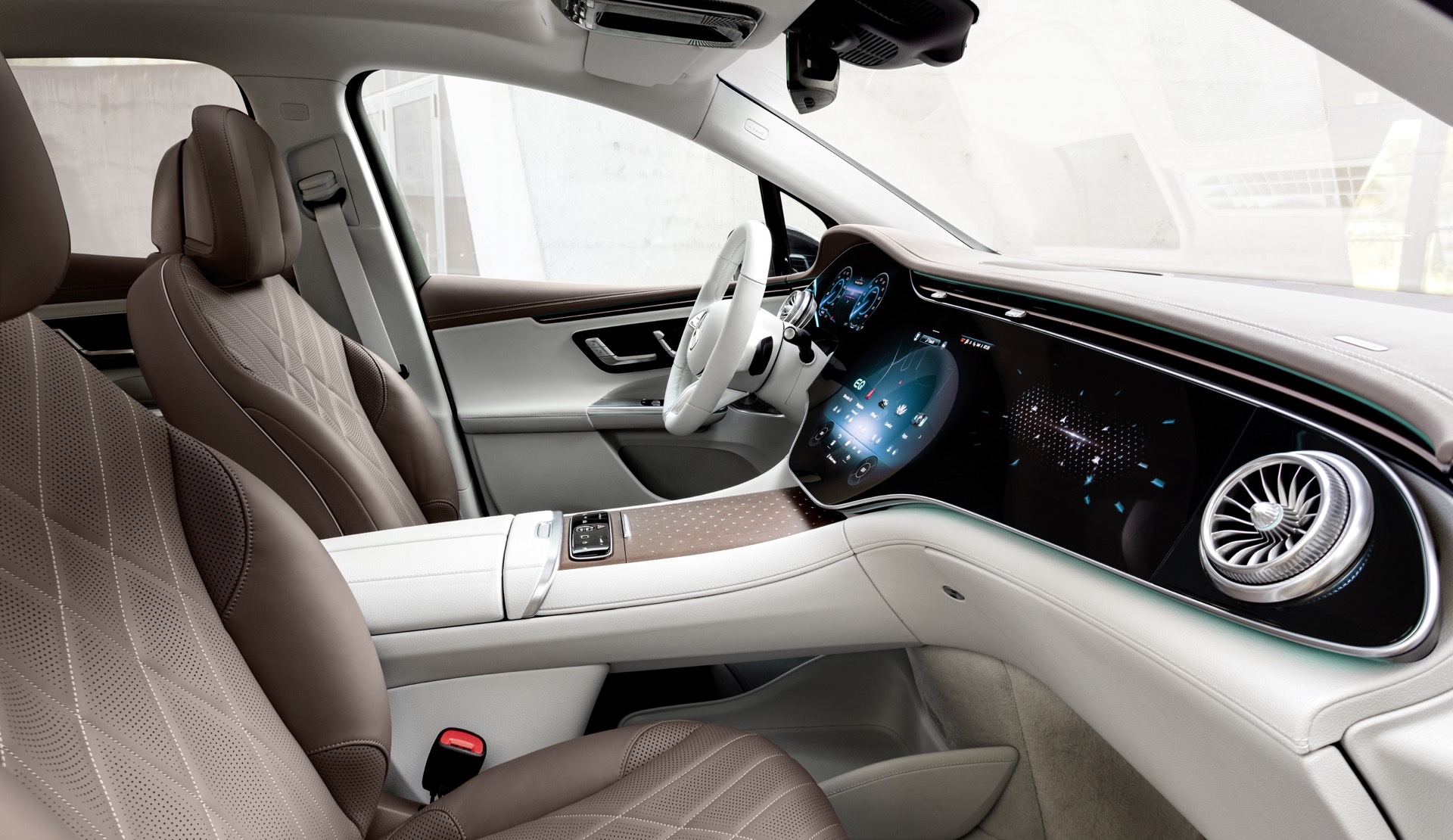 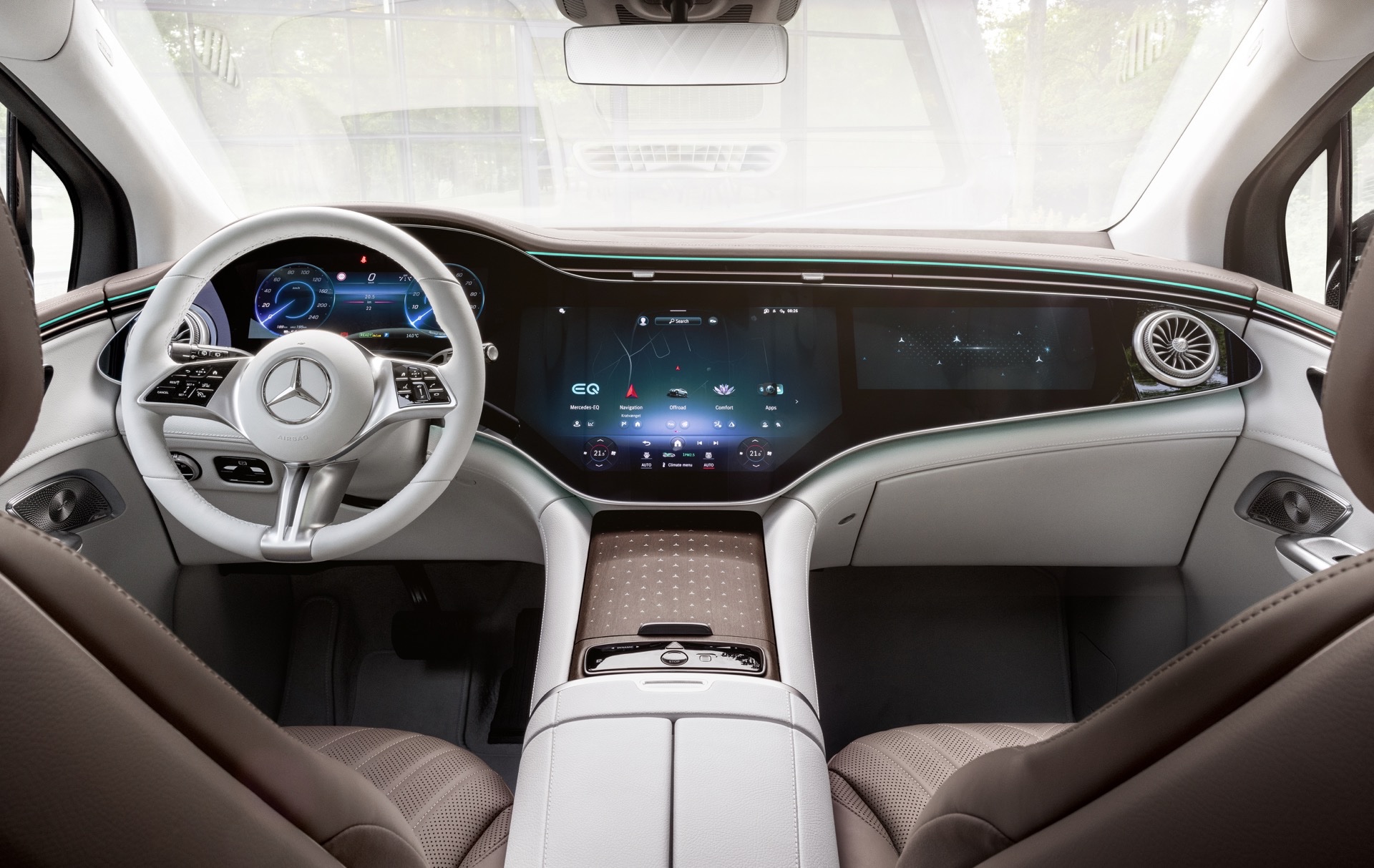 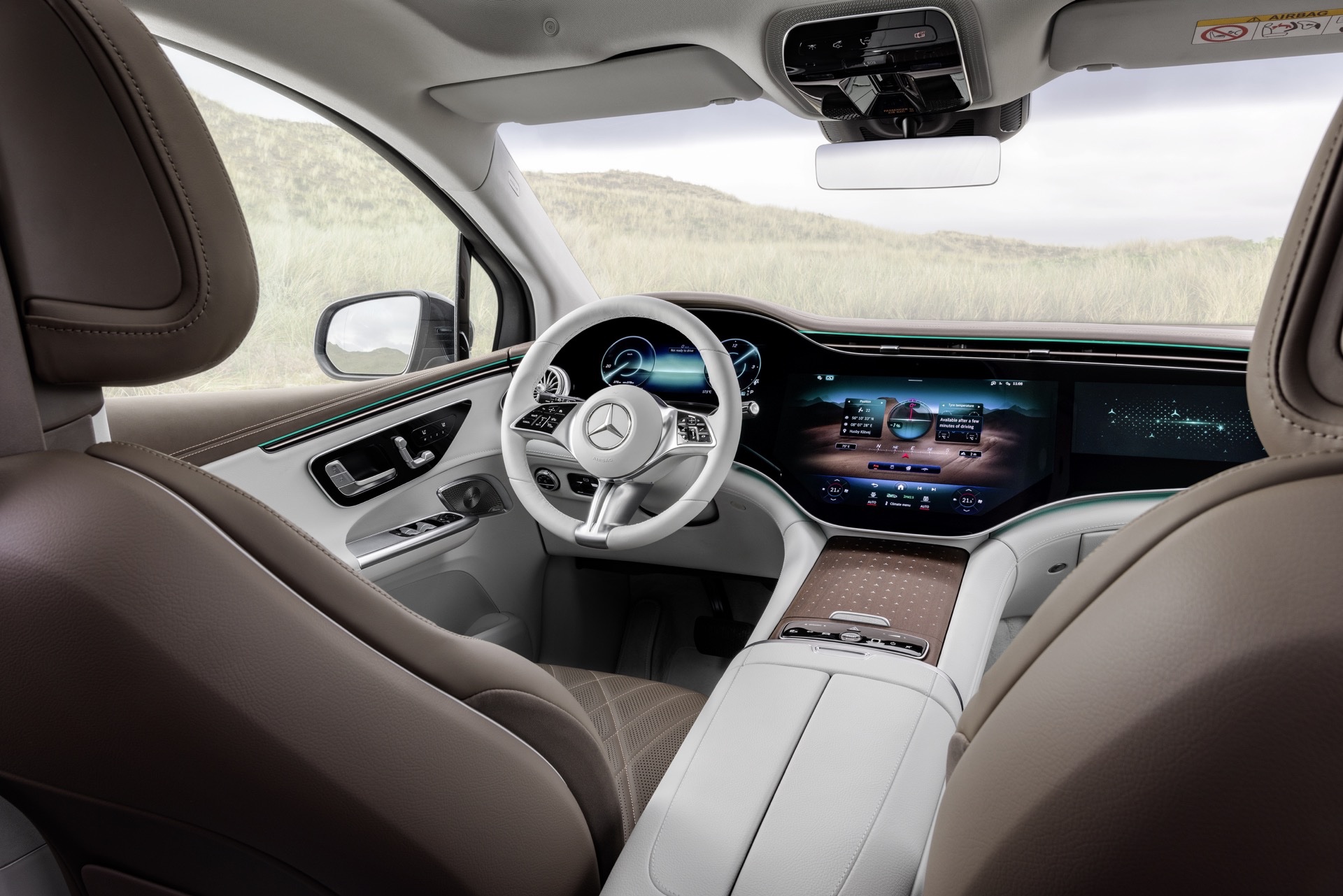 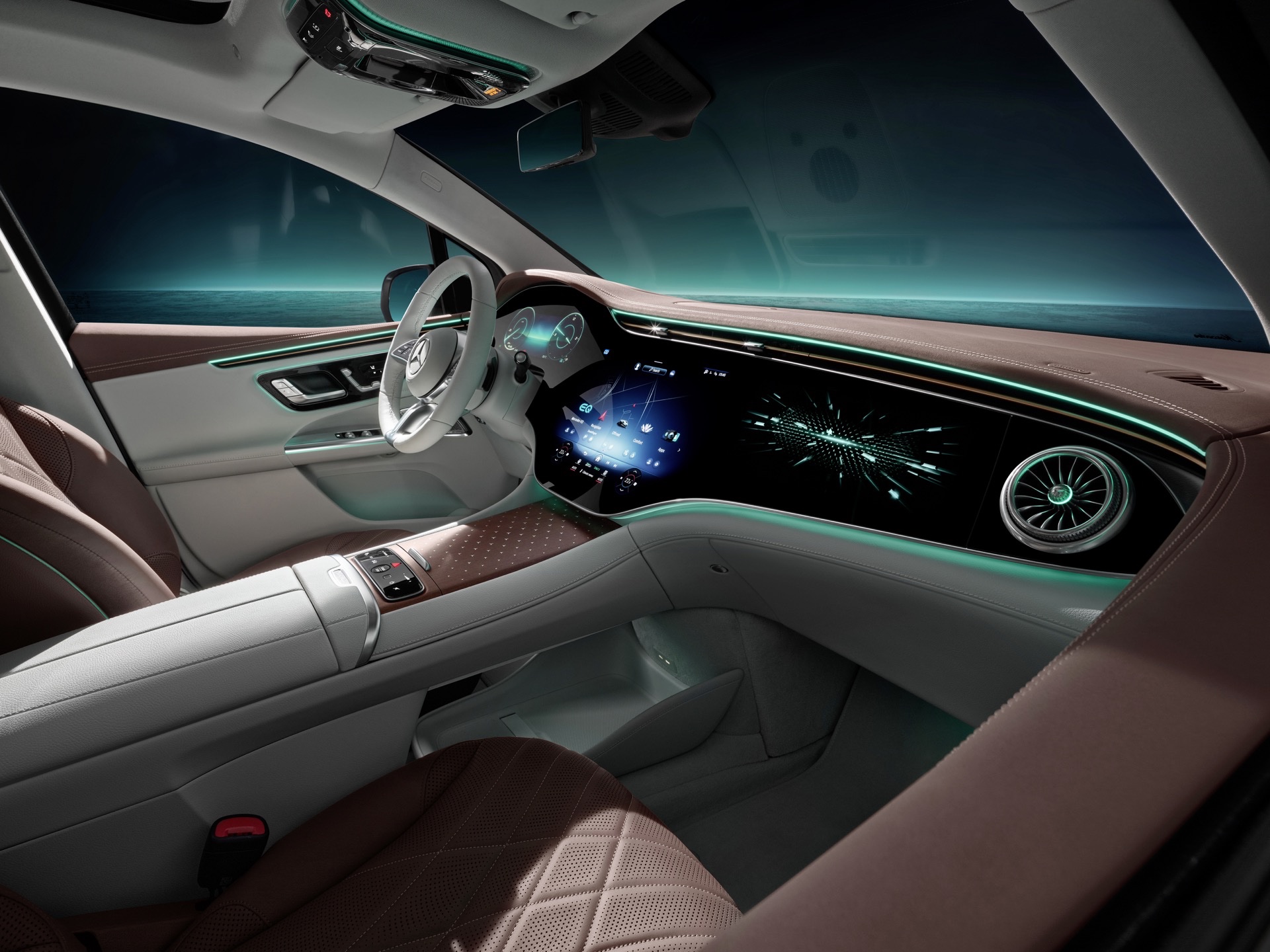 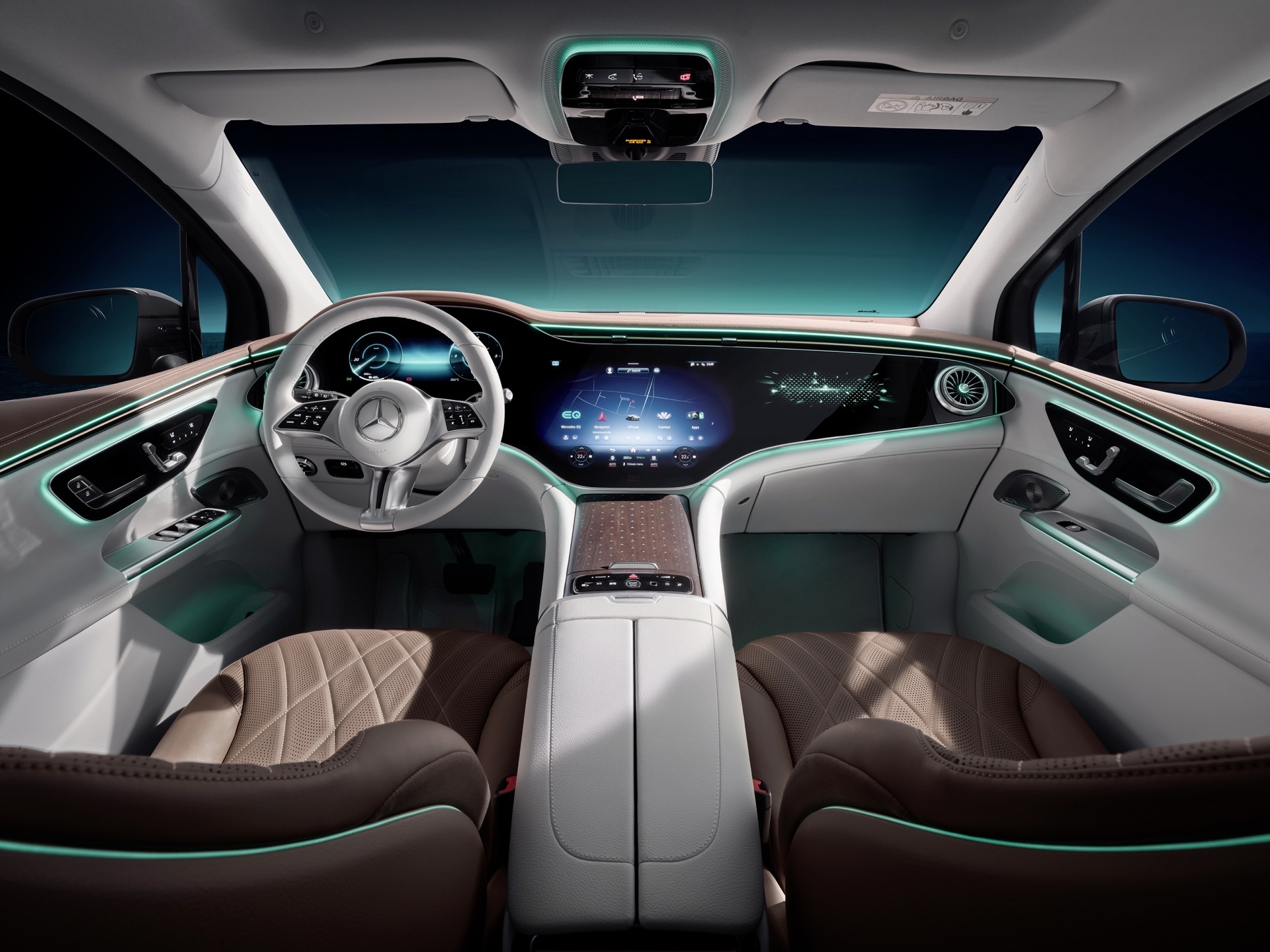 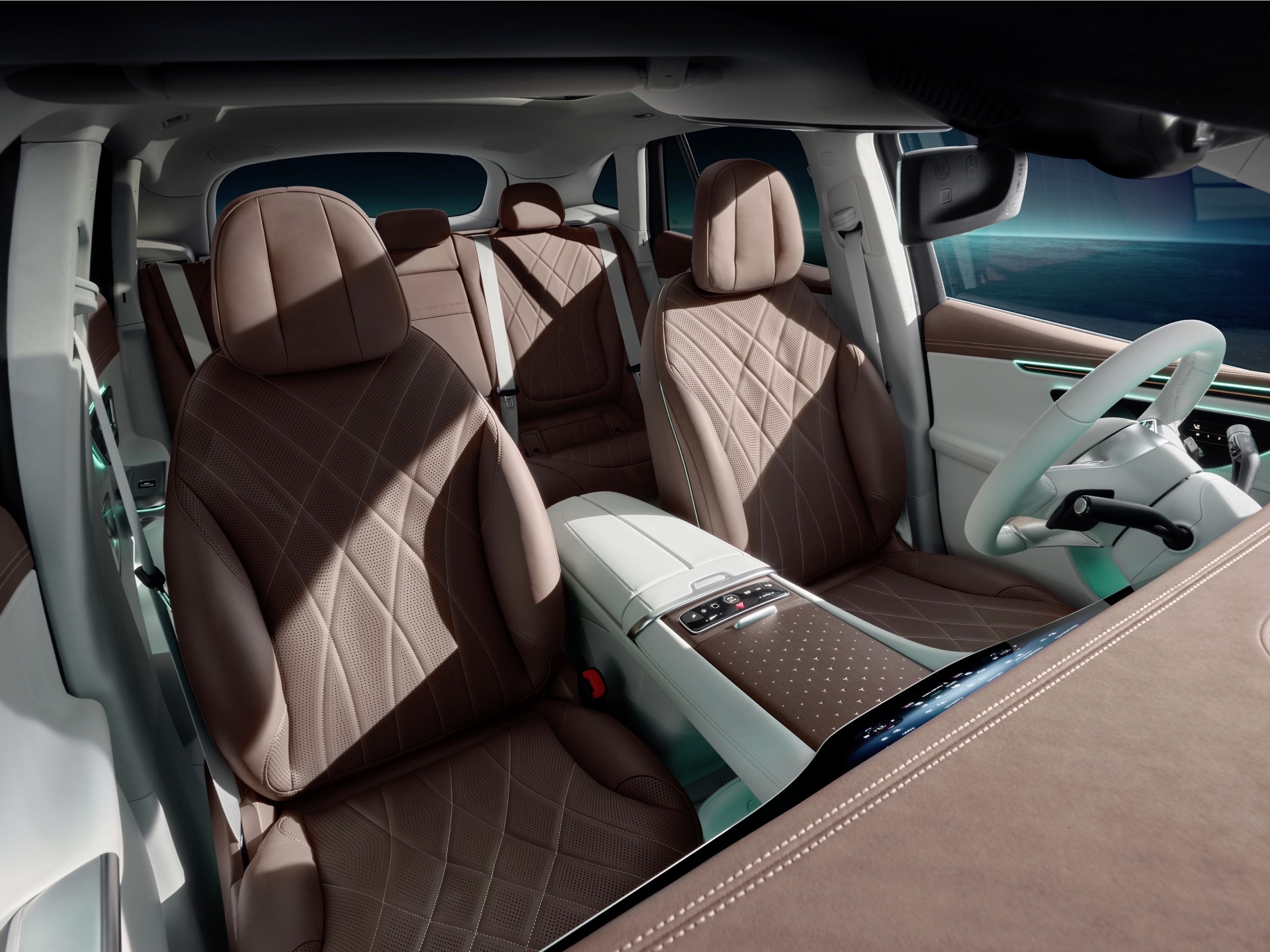 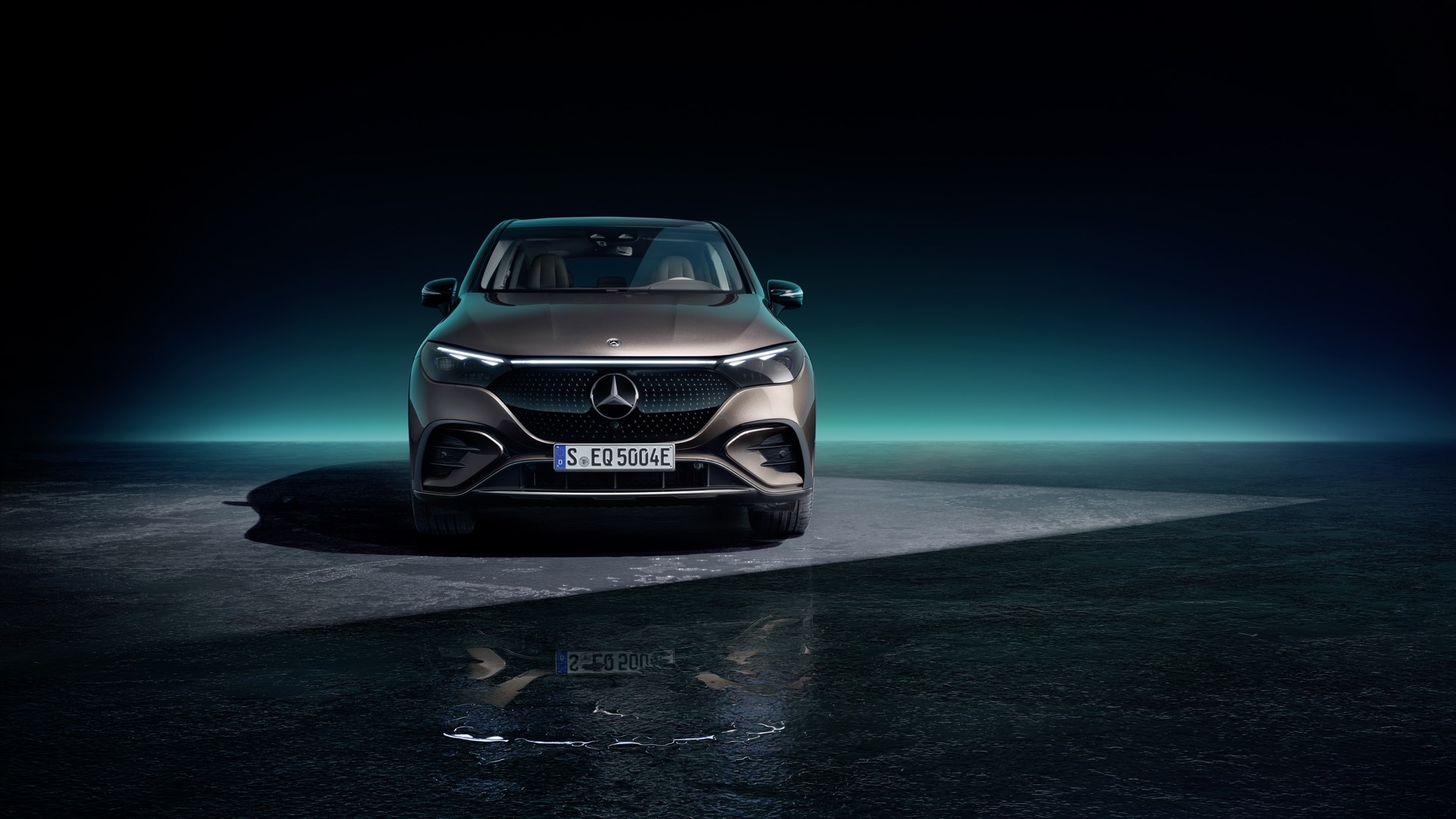 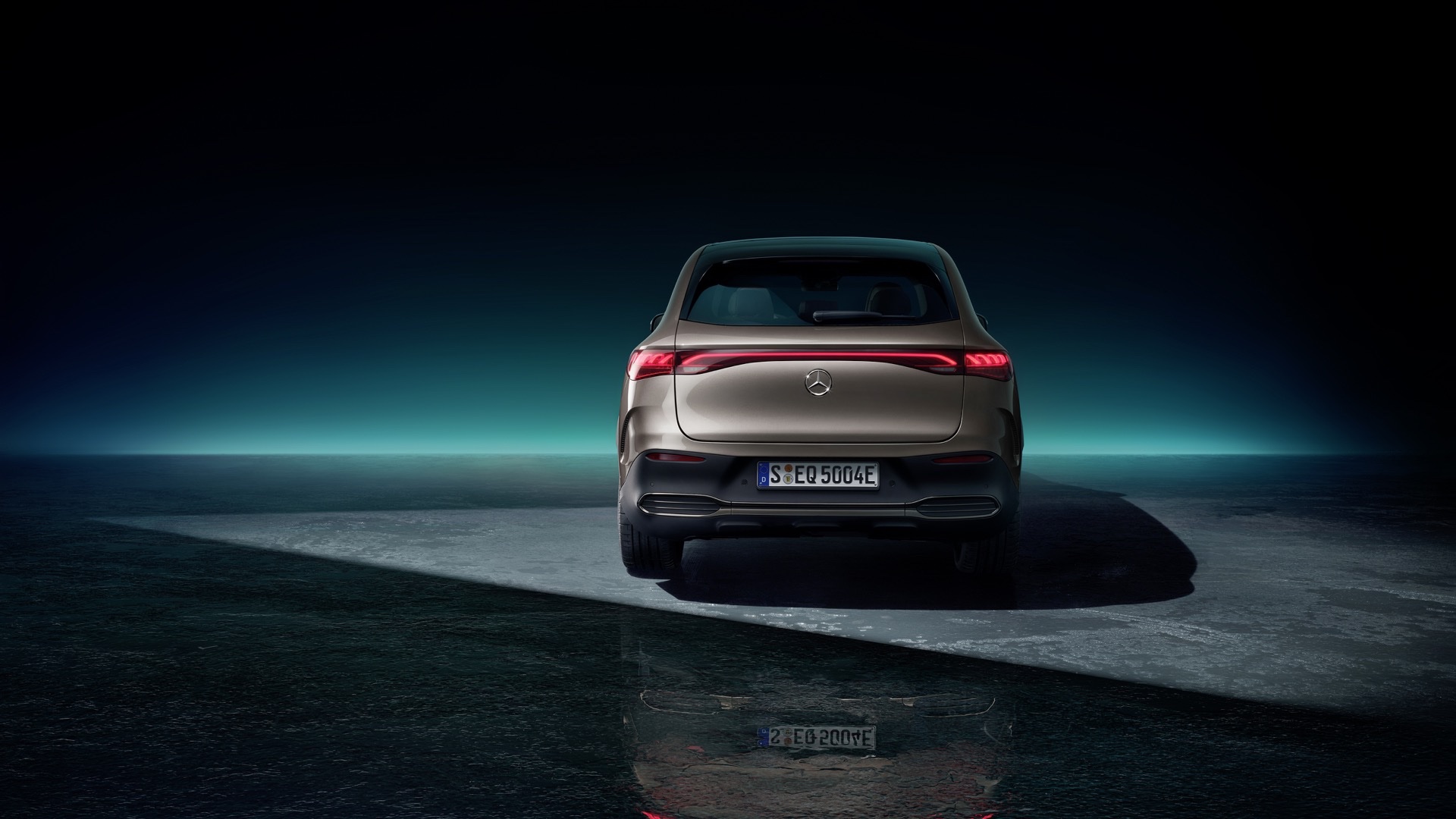 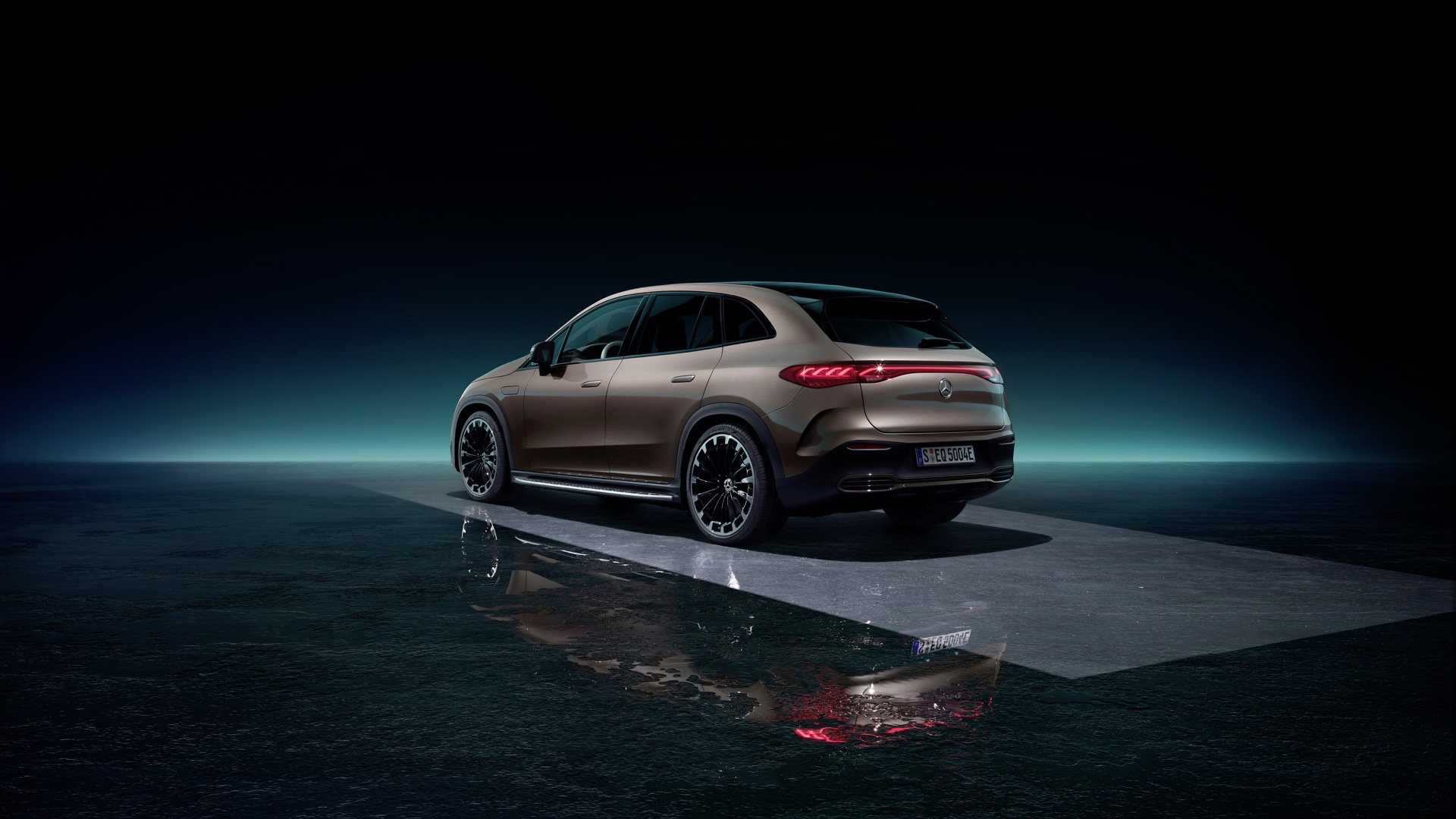 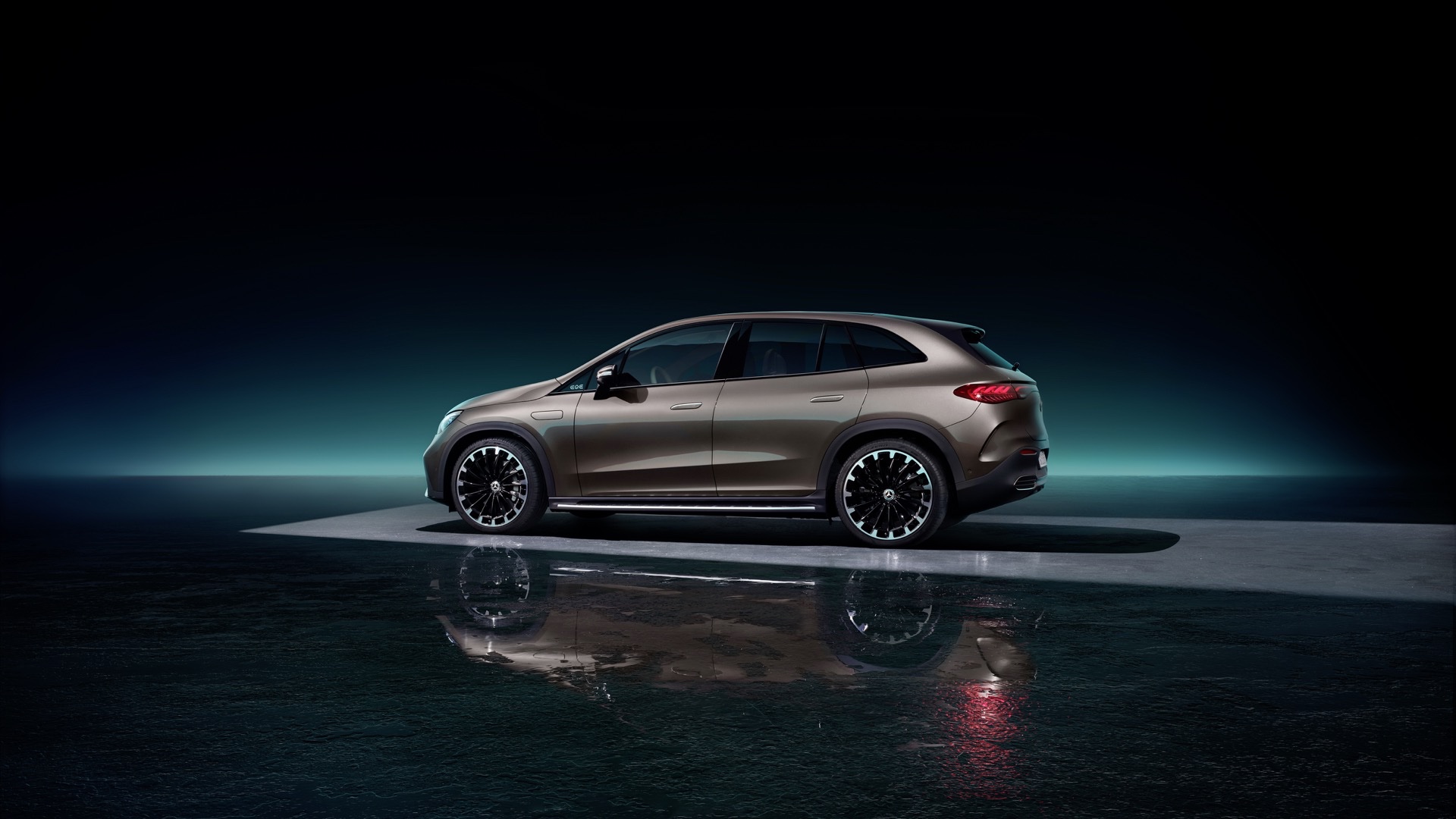 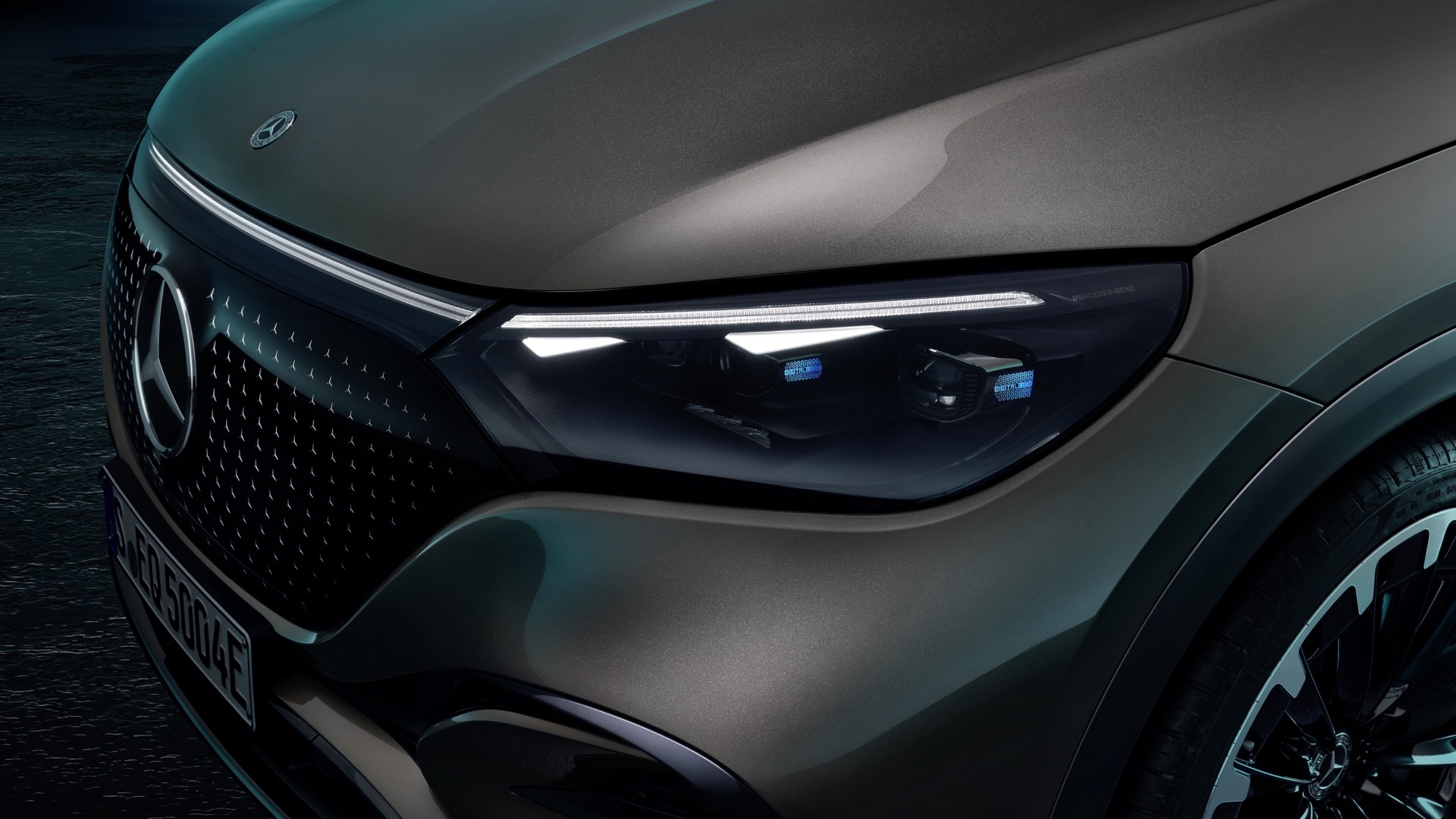 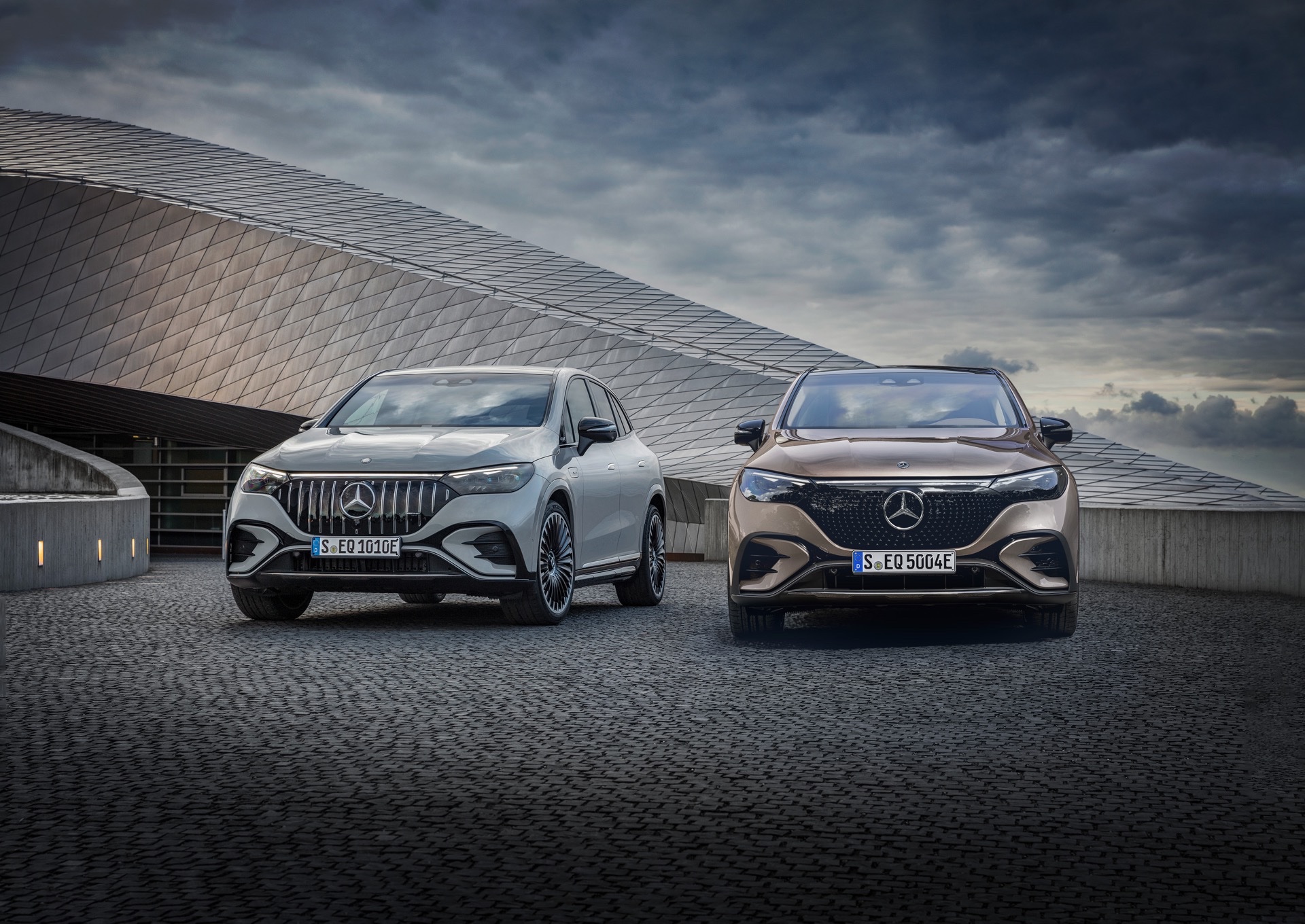