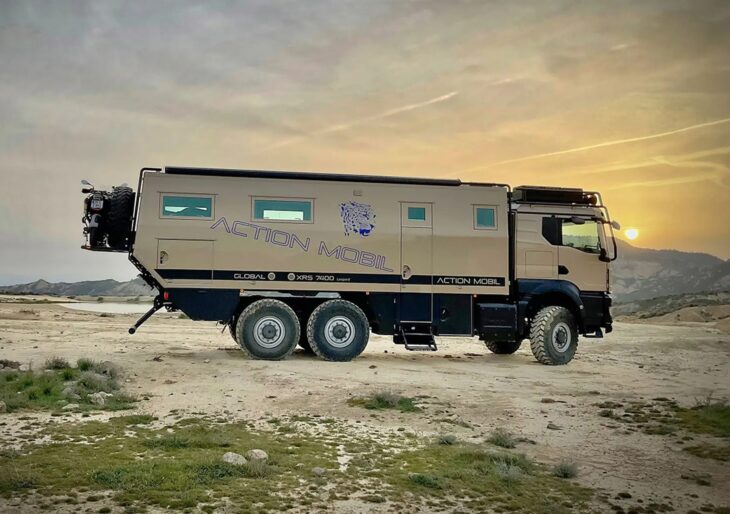 Action Mobil’s $1.1M Global XRS 7400 Offers Comfort and Peace of Mind, Even Off the Grid

German super-RV designer and builder Action Mobil has a new flagship model, and for those looking to kick back when climate change-related grid collapse becomes an annual or semi-annual event, it could be the ideal post-disaster recreational vehicle.

Action Mobil is a new name to many Americans, but in Germany the company has been custom-designing RVs for over four decades. The firm’s new flagship is informally called the ‘Leopard’, presumably for its élan in navigating rugged ground as much as the airbrushed royal cat adorning its exterior. In tech, company-specific catalog nomenclature, it’s known as the Global XRS 7400. Either way, it does look well-nigh unflappable.

And, with three axles and well over twenty inches of clearance, it should. The Global XRS 7400 is built on a MAN-made platform, and designed for longer ventures; its on-board fresh water storage amounts to 620 liters.

The Leopard’s living area is over twenty-two feet long. Living spaces are divided into quadrants, with a staircase climbing to the double cabin that is the sleeping area; like other spaces in the Leopard, it’s a generously proportioned room.

The Leopard’s bag of tricks should keep any well-heeled gypsy happy on the road for extended forays. A hydraulic motorcycle platform, six-meter awning, triple-source hot water, bath with separate shower stall, a potent solar power system, casement windows, and a suspension system that makes even off-roading more comfortable are on the list of the Leopard’s unique amenities.

The Global XRS 7400 Leopard is priced from $1.1 million at current conversion rates. 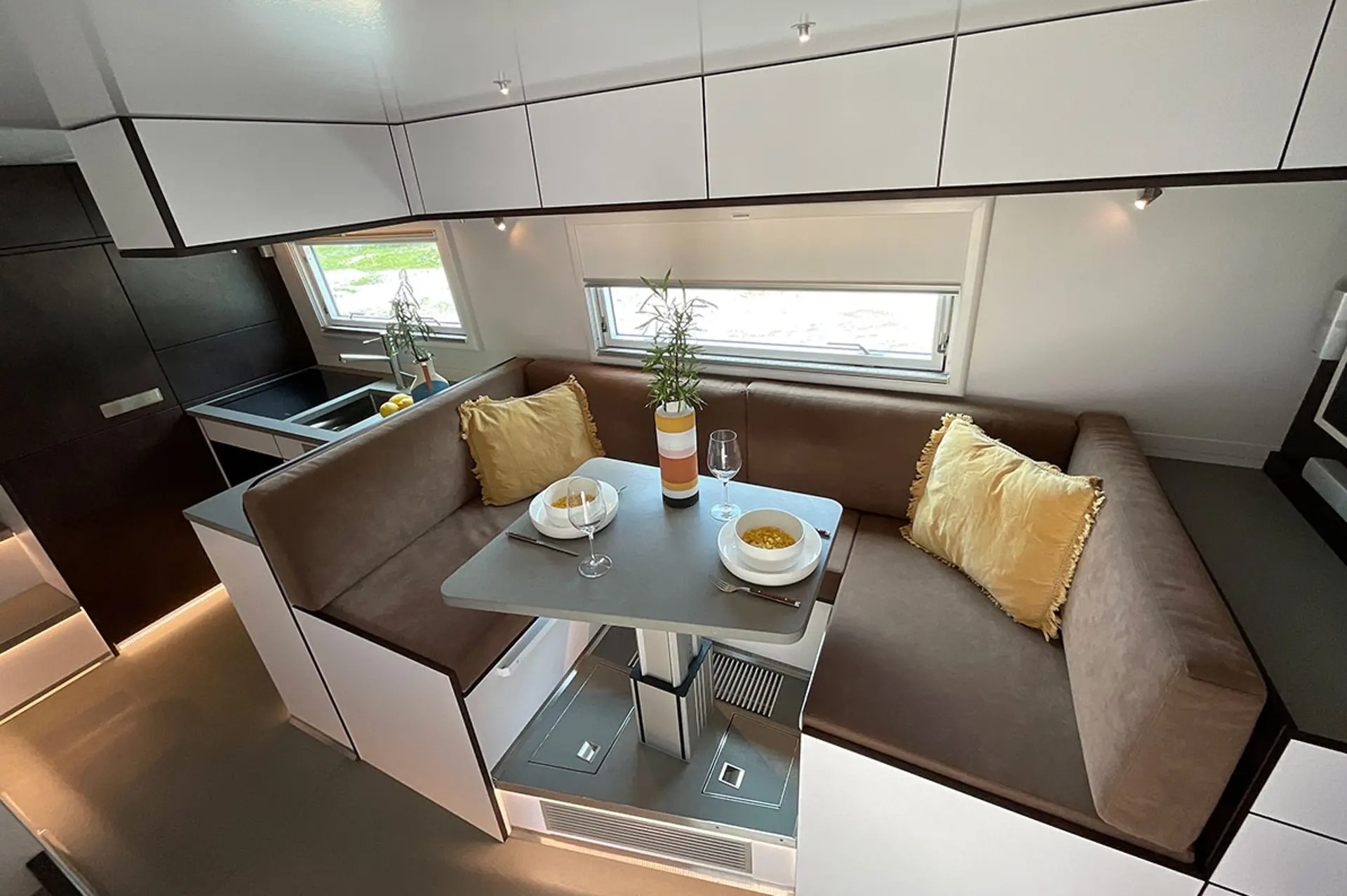