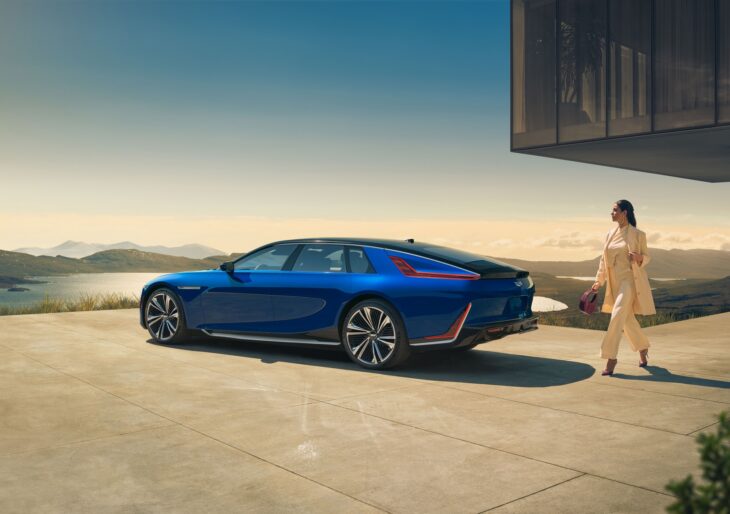 About three months ago, Cadillac revealed its newest all-electric model: the Celestiq. At the time, the vision was offered as a glimpse into the 2025 model year. Now it seems that the Celestiq may arrive more quickly than expected; Cadillac is now forecasting 2024 as the inaugural year for the model.

Offered as both a stylistic and luxurious alternative to the company’s Lyriq daily driver, the Celestiq’s legato lines and rumored $300K price tag promise to position it as an American-made touring supercar in the tradition of the automaker’s storied Golden Age models — the Fleetwood Imperial behemoths. Its shooting brake back end adds a touch of European flair to the design for a competitive edge in a global marketplace.

The latest news confirms the base sticker price, and adds some basic numbers and specs besides. The Celestiq’s power train will produce 600 HP and 640 pound-feet of torque; its range — if not the first question asked by EV tire kickers, surely the second or third — slots at 300 miles using the more conservative EPA methodology. A quick charge of 10 minutes restores almost 80 miles of travel.

The Celestiq can apparently launch to 60 in 3.8 seconds; if the car’s as heavy as it looks, that’s a very good performance. In its more heroic moments, Cadillac’s always been technologically preoccupied, and the Celestiq’s driver-oriented treats include active roll control and, unusual in the age of the platform, a dedicated architecture. Inside the cabin, screens abound; 11-inch in front, and a pair of 12.6-inch units and an 8-inch executive ‘Command Center’ in back, indicating the model’s turnkey nature as a next-gen limo. A compensatory power steering system is another nifty feature of this high-end 2020s Caddy.

When will Cadillac begin building the Celestiq? In the fourth quarter of next year, they say. We look forward to seeing it on the road.