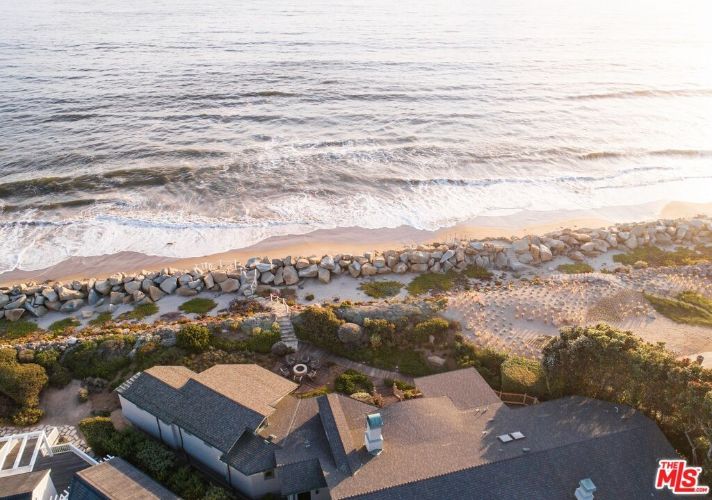 A laid-back Carpinteria beachfront home caught stand-up philosopher Conan O’Brien in a reflective mood; the Siren song of its lifestyle beguiled him out of $23 million, a fair whack by any reckoning. According to Dirt, the purchase comes as O’Brien tries to find a buyer for his old digs in the area, currently on the market for $16.5 million.

The incoming property’s vintage is 1963, and although the bohemian Cape beach house has been expanded over the years, it’s still a very manageable 3,476 sq. ft. Its layout includes many partial staircases, which accumulate into a nifty sense of discovery as one navigates the home’s floorplan. Off-white through and through, it’s something of a blank canvas, and in its presold state allows the landscape to handle much of the decorative labor.

The house has four bedrooms and four baths to its credit, including a master with an ocean side wall of multi-pane glass doors. Other rooms of note: the kitchen, which features a skylight with an unusually expressive, architecturally revealing design, and the living room, which features another wall of multi-pane glass doors capped with series clerestories, and a fireplace with a raised hearth.

A multi-level plank deck with a spa is the principle outdoor living area. But the house sits on 1.2 acres, which allows for garden landscaping and walking paths that include rope handrails and stone steps over the seawall to the beach.