The marketing folks at Mercedes-Benz have become the preeminent purveyors of the strip-tease reveal; not one press release announcing a new model or a new model year iteration, but a series of them, each focusing on an aspect or perspective of the model, arranged in a nearly novel-like manner to establish an ongoing narrative and keep the item in question in the news for as long as possible.

Next up on stage — cue the band: “Night Train” in an especially raunchy key, maybe F# — is the 2023 EQE SUV, and specifically the cabin of said high-riding ‘electric saloon,’ as Merc has it. Like last year’s company PR on the EQS interior, the cabin and all it contains is an ‘avant-garde’ experience, which means that wherever you’re going, you’ll get there ahead of everyone else.

And, waggish but questionable wit aside, it does look fairly dazzling, a blizzard of soothing lines and colors, familiar and unfamiliar forms, design flourishes reflecting age of flight analog and the future-is-now, and a big, friendly digital display at the center of it all. It’s a cabin that looks very much the part of the last generation of cars before AI takes over and the commute becomes really boring.

Throughout their marketing pitch, Mercedes uses ‘avant-garde’ as a Joycean compound: ‘avantgarde’. The advance is in the blending, as it were, with temporal conflation alongside varied colors and a ‘hybrid trim element’ of metal and wood, with a bit of laser-cut to highlight the brand logo. The MBUX screen is the touchstone, so to speak.

All of this interior design circumspection likely hides a very powerful road-going experience; on the sedan side of the family, the EQE tops out with the EQE 53 4MATIC+, which puts 677 horsepower and 738 pound-feet of torque at the fingertips of drivers when the AMG Dynamic Plus package is optioned. The SUV will likely be just as potent. 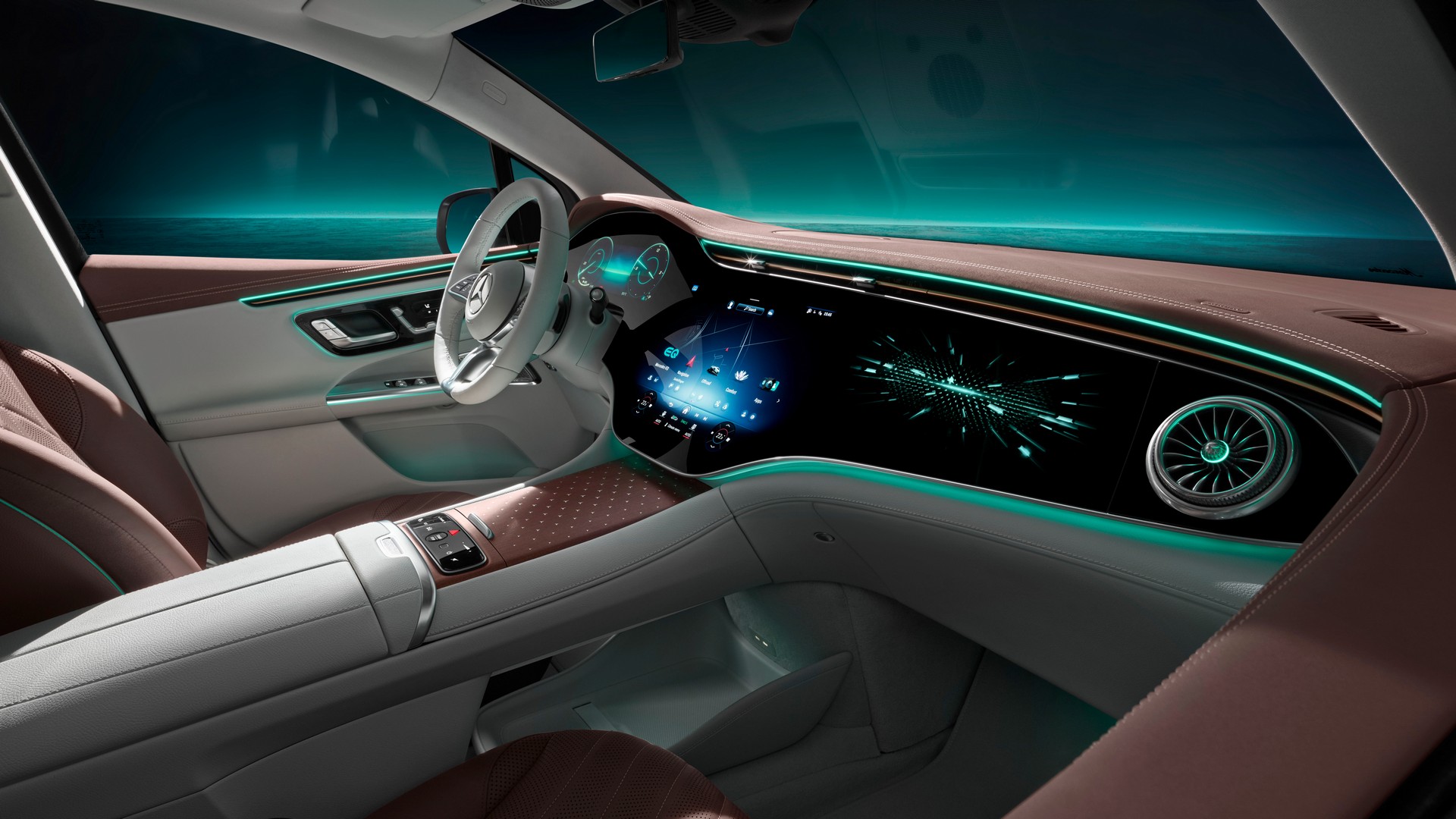