A U.K.-based company called SkyFly recently reported impending deliveries of a personal flying conveyance. The model, called ‘Axe’, is a two-person vehicle with vertical lift capability that may be only two years from being parked outside a neighbor’s modern villa.

Behind the unimaginative name — company leadership could have rendered it in hieroglyphic terms, and perhaps should have — is an eVTOL (electric vertical takeoff and landing vehicle) with a range of up to 200 miles via a unique EV/hybrid generator powertrain option: the system recycles energy to charge batteries while underway. Additionally, the eVTOL’s battery pack is removable in flight, apparently, and a multiple-redundancy design to keep the craft aloft in case of battery failure.

The eight brushless motors of Axe are attached at the end of the five-meter wings and canards, collectively producing 1,400 pounds of thrust. The craft can cruise at up to 100 miles per hour, and handle a load of 379 pounds. The onboard flight control system uses Embention’s Veronte 4x, a quadruple-redundancy foundation.

SkyFly’s Axe comes with a base sticker price of £150K. The range extender generator adds £50K to the tally; an additional battery pack is priced at £25K. A last-ditch option—a ballistic parachute—can be ordered for another £20K.

SkyFly is forecasting initial deliveries for summer 2024. Reservations are currently open; the fee is £1,000 and is non-refundable. 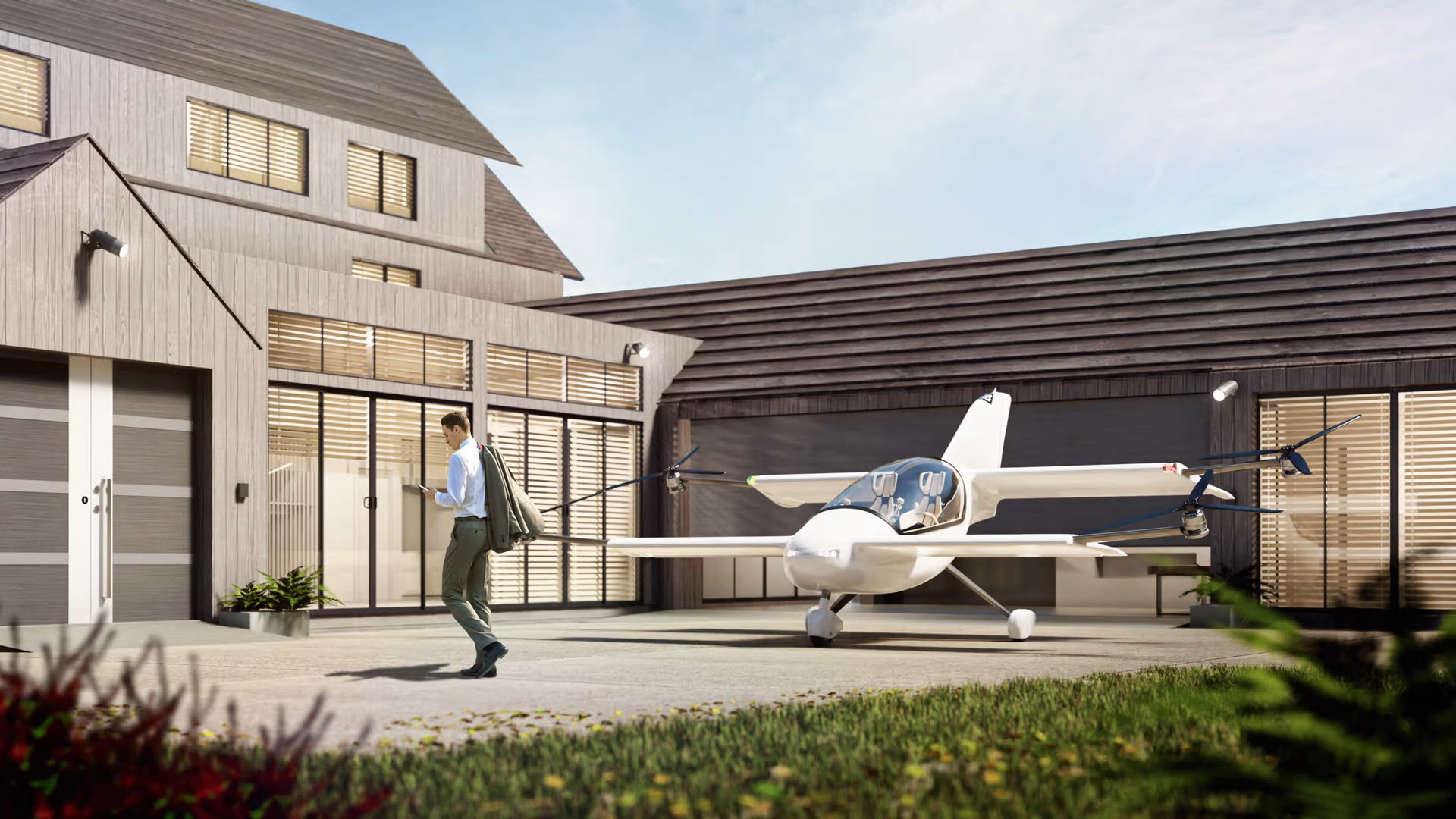