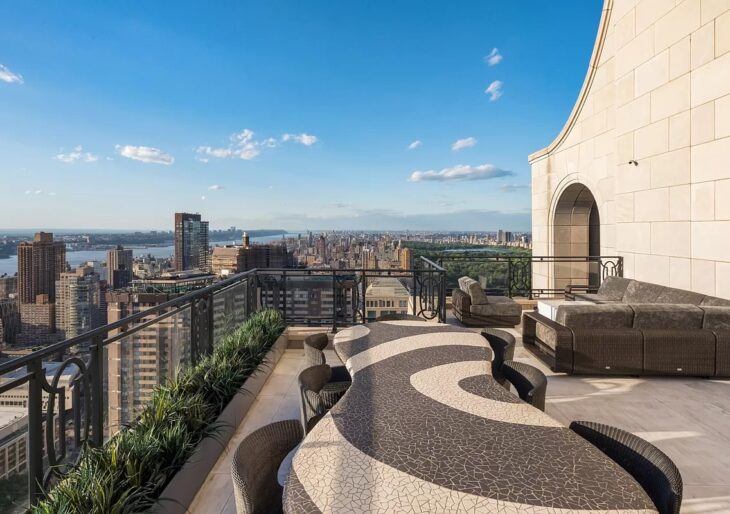 This past winter, hedge fund prognosticator Dan Och fared very well on the sale of an uptown high-rise property in Manhattan. Och had owned the unit in Robert A. M. Stern’s postmodern New York classical residential building 220 Central Park South for about two years when the sale concluded in January of this year; in accepting the offer, Och converted a $95 million investment into a $190 million exit.

Och’s listing of his property in another Stern-designed Manhattan building, 15 Central Park West hasn’t concluded so amenably…or, as of now, at all, despite its provenance. And so back it comes to the open market in the spring of 2022. But, as Och apparently drives a hard bargain, and as the upper-tier real estate market seems to be heating up, the Lincoln Square residence arrives with nary a snip to its original asking price of $57.5 million. It was first listed back in the summer of 2019 but failed to find a buyer.

The penthouse unit caps the 2007-built building. It contains three bedrooms and six baths across its 4,739 sq. ft. of interior living area. The residence’s interior design is extravagantly stylized, with concept ceilings, accent walls—one finished with a peninsula fireplace—and various singular installations, including a quartz double waterfall kitchen island presided over by an ornate aggregate light fixture, and what appears to be a custom glass panel in the master bath’s shower stall.

Och’s net worth is $4 billion, according Forbes. 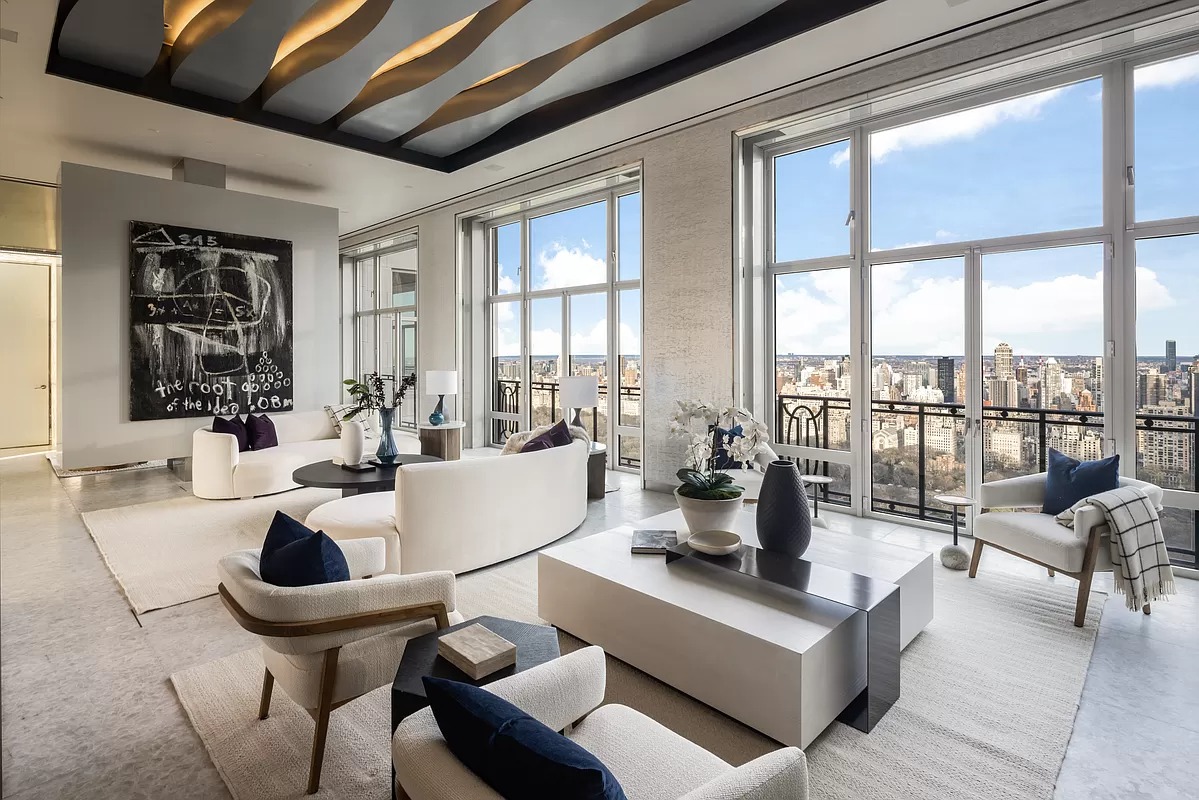 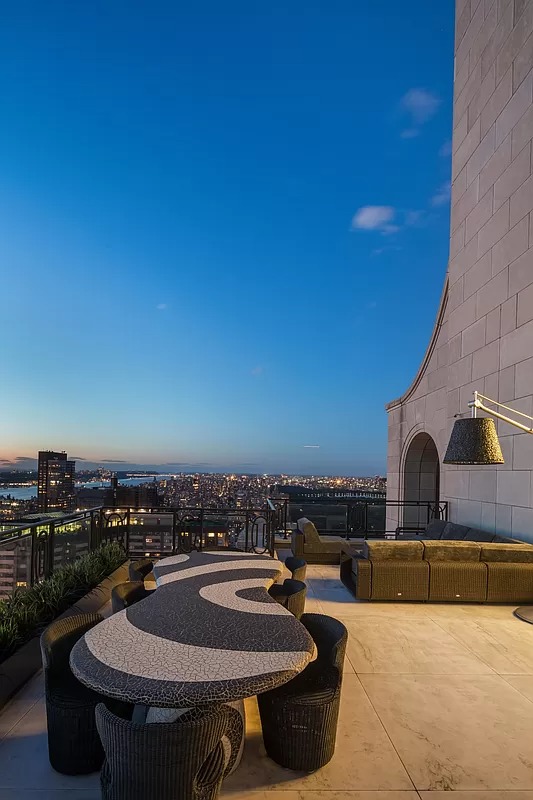 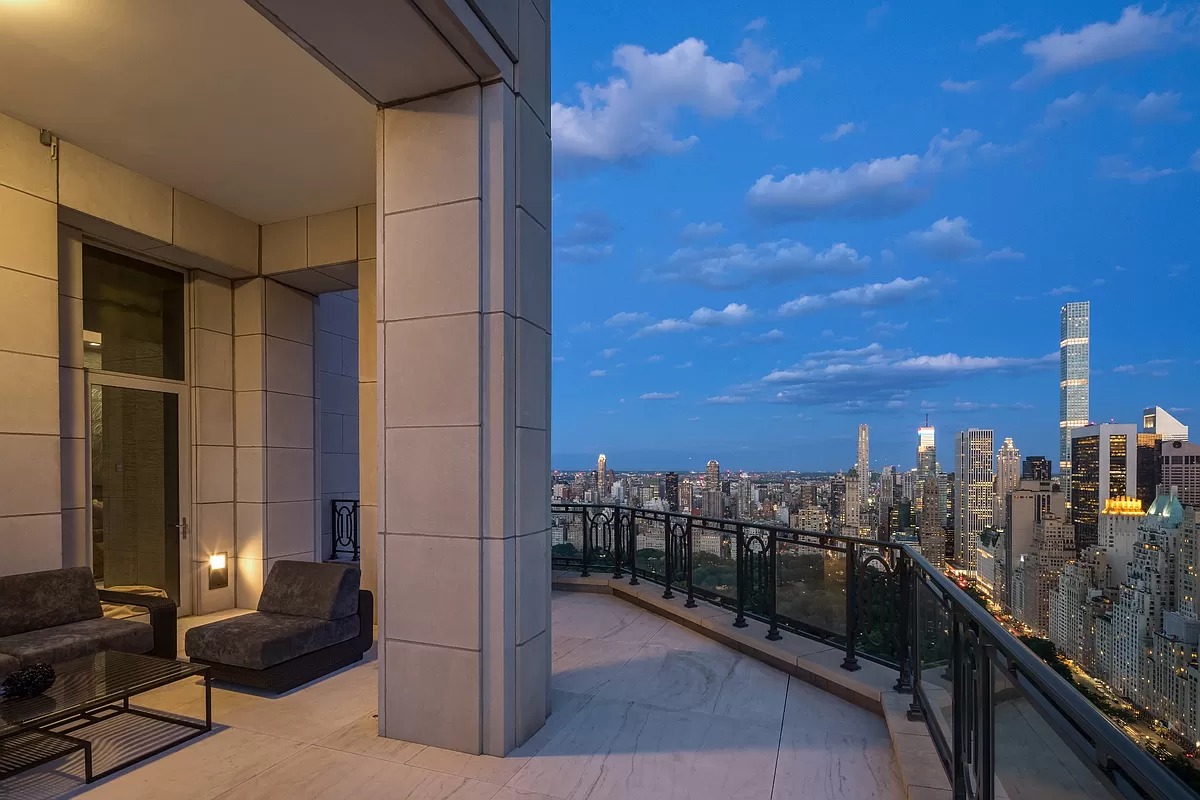 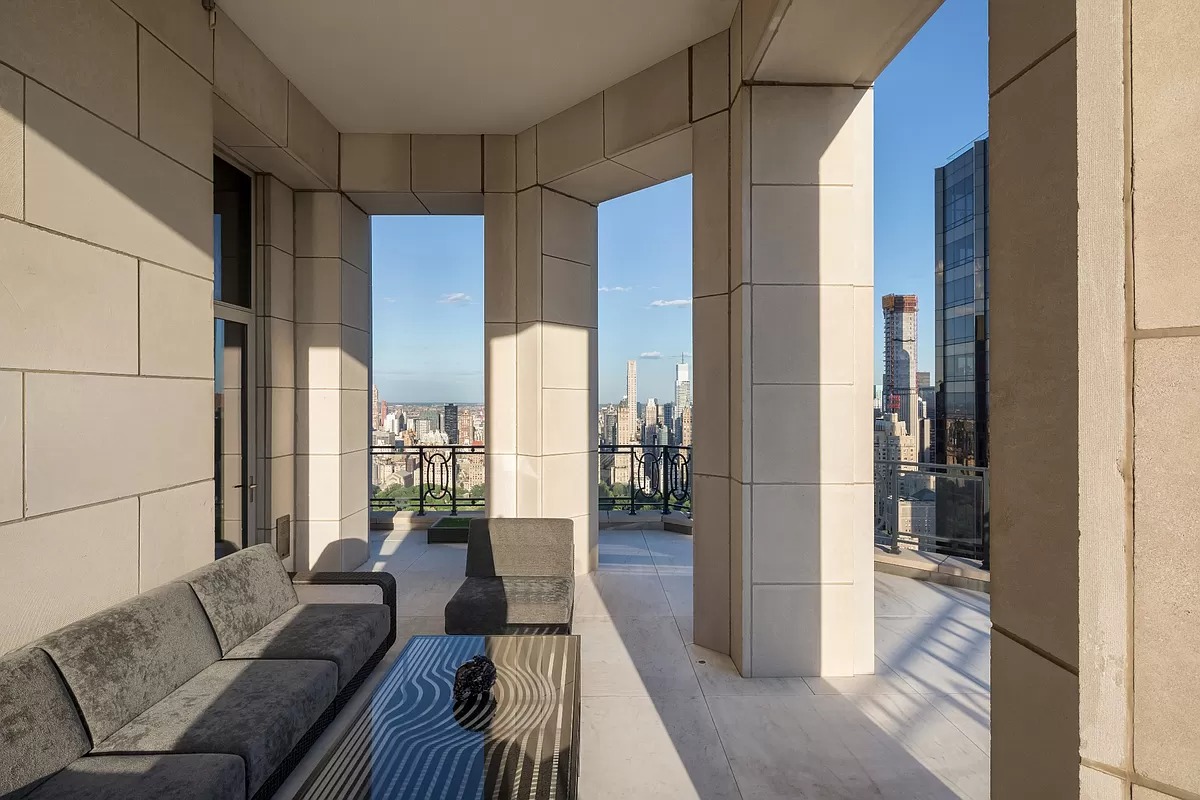 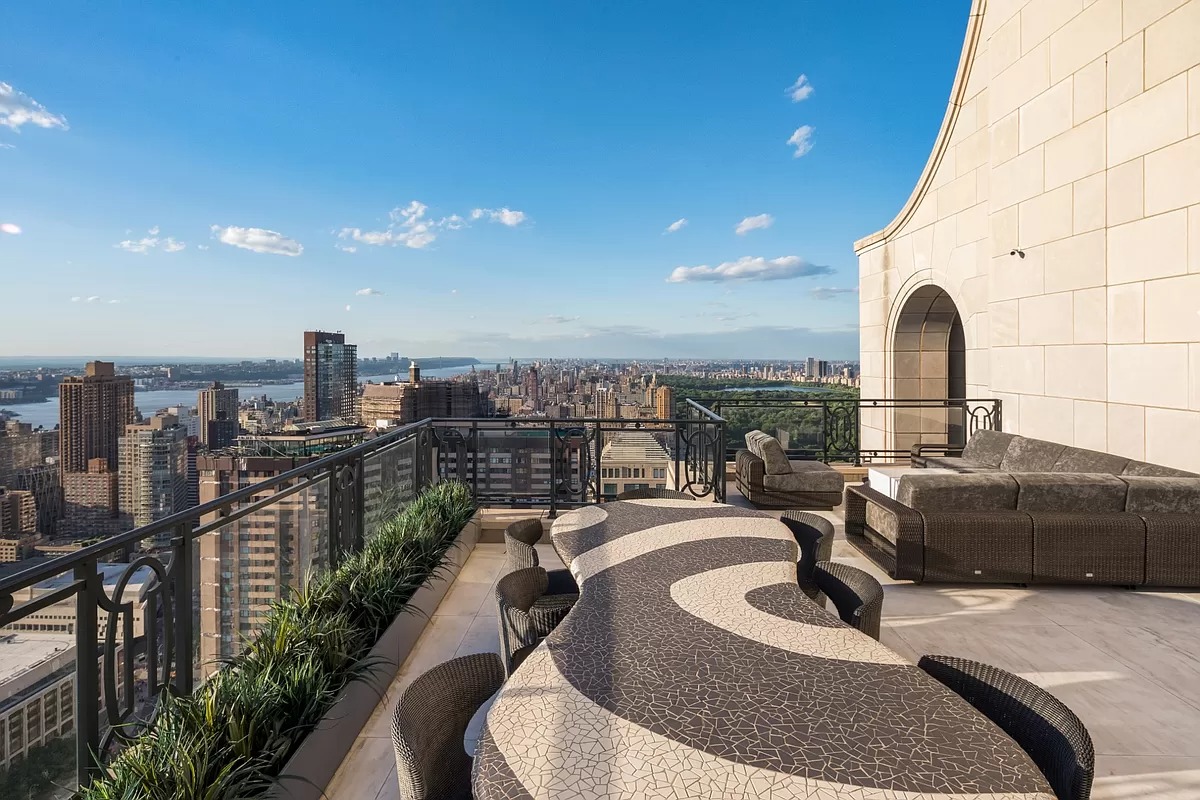 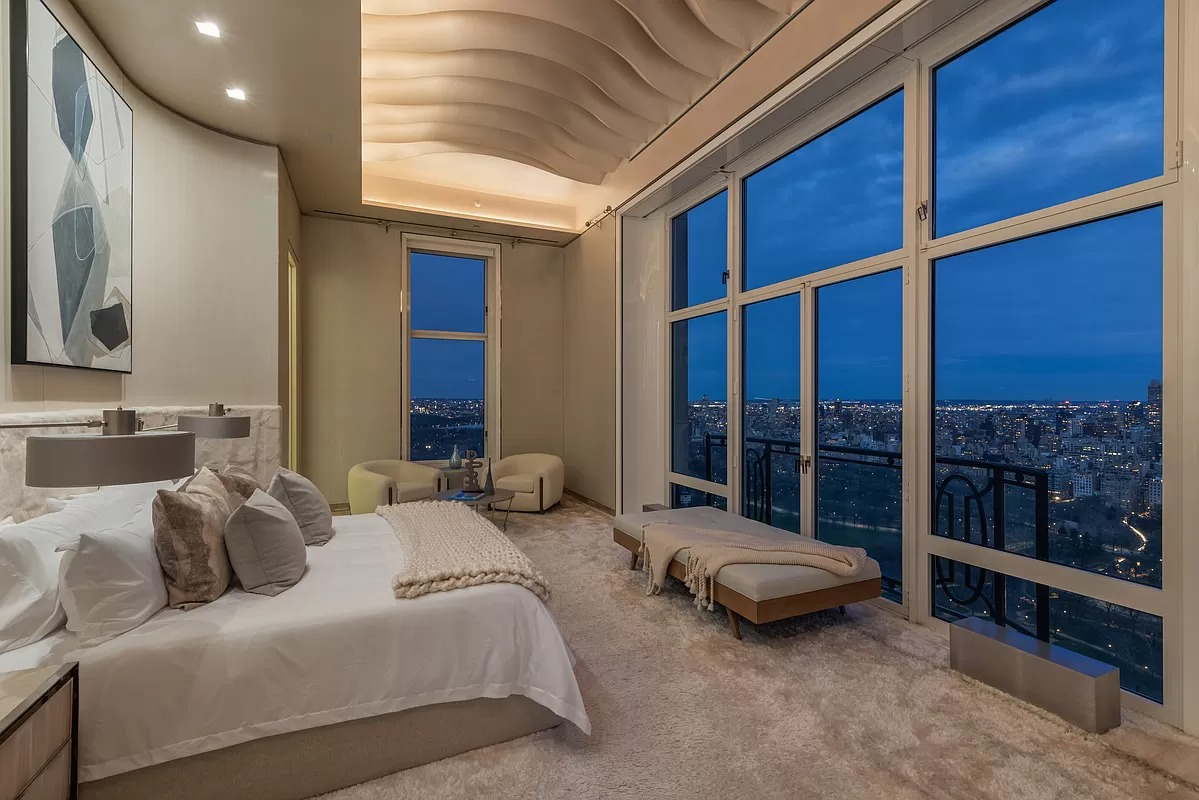 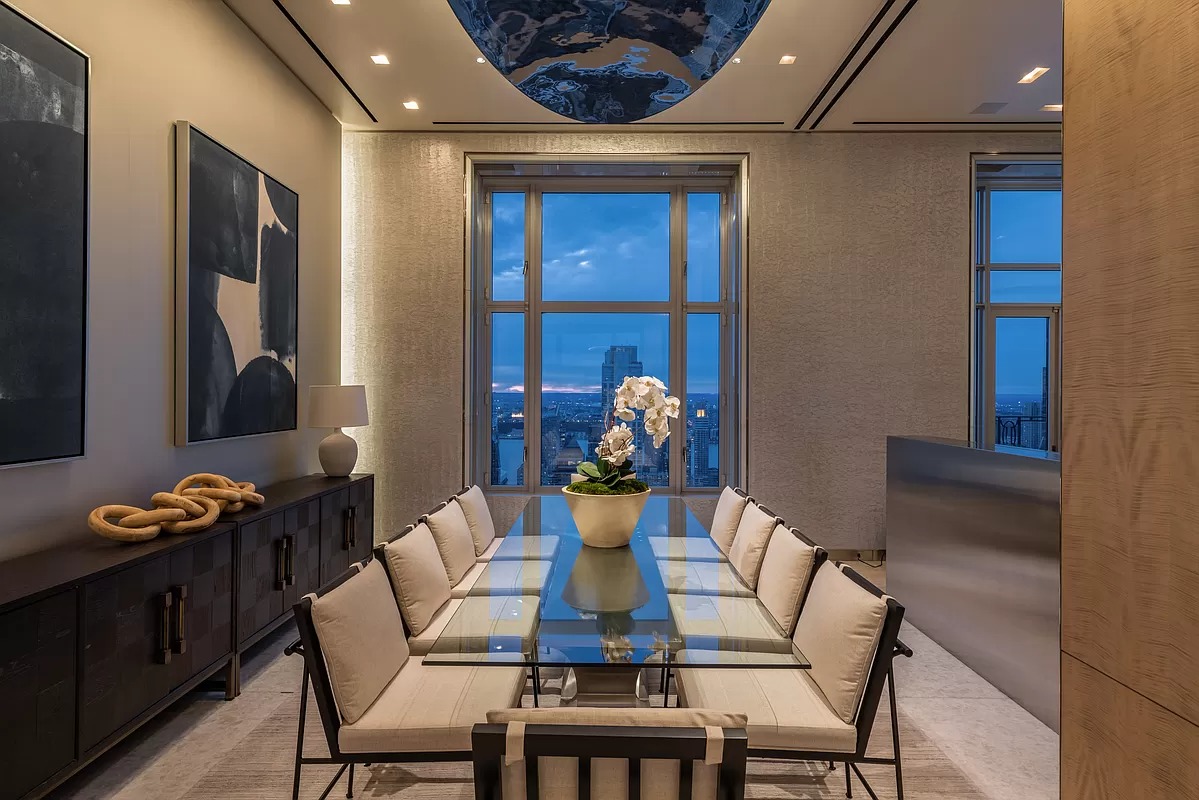 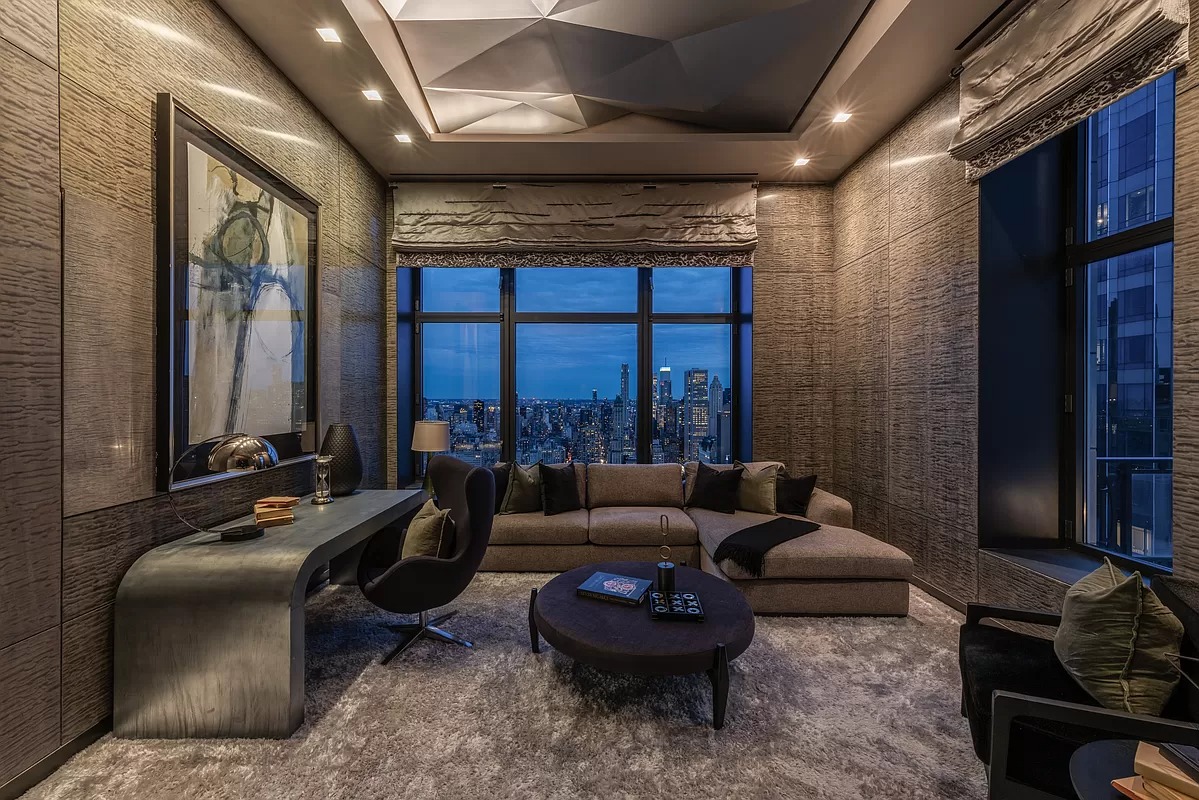 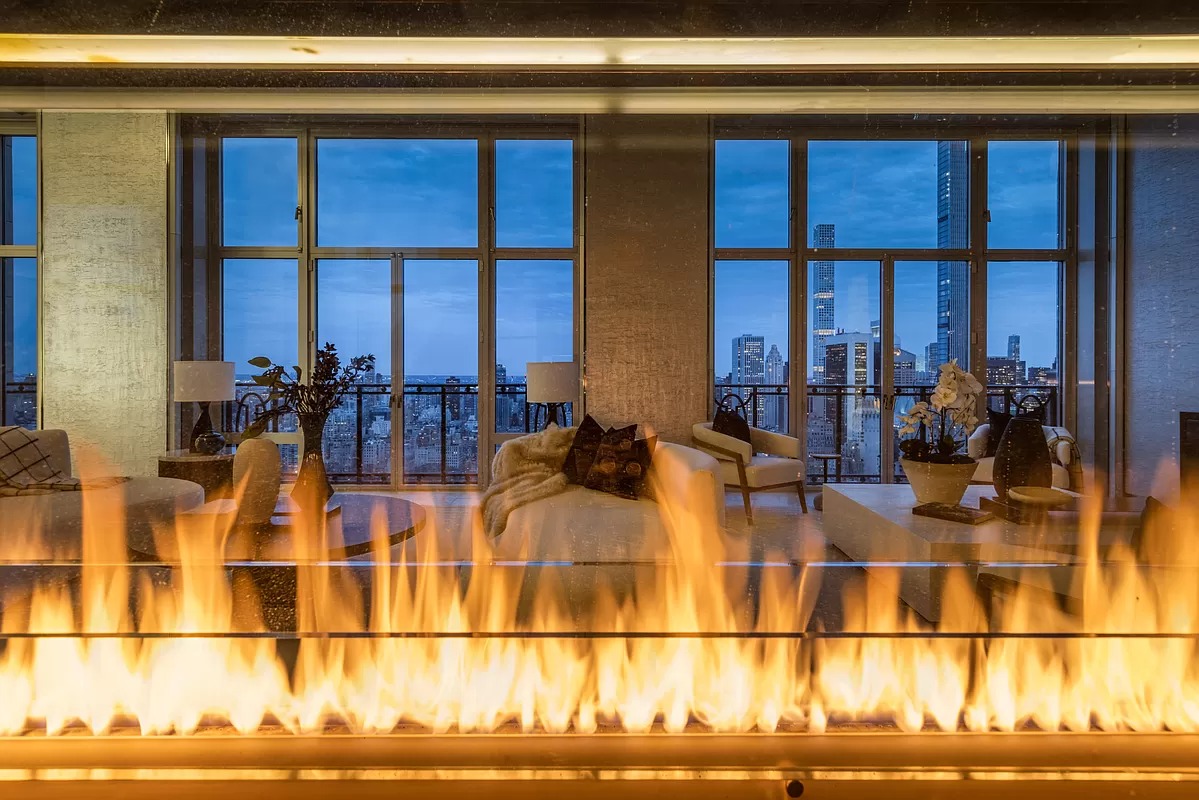 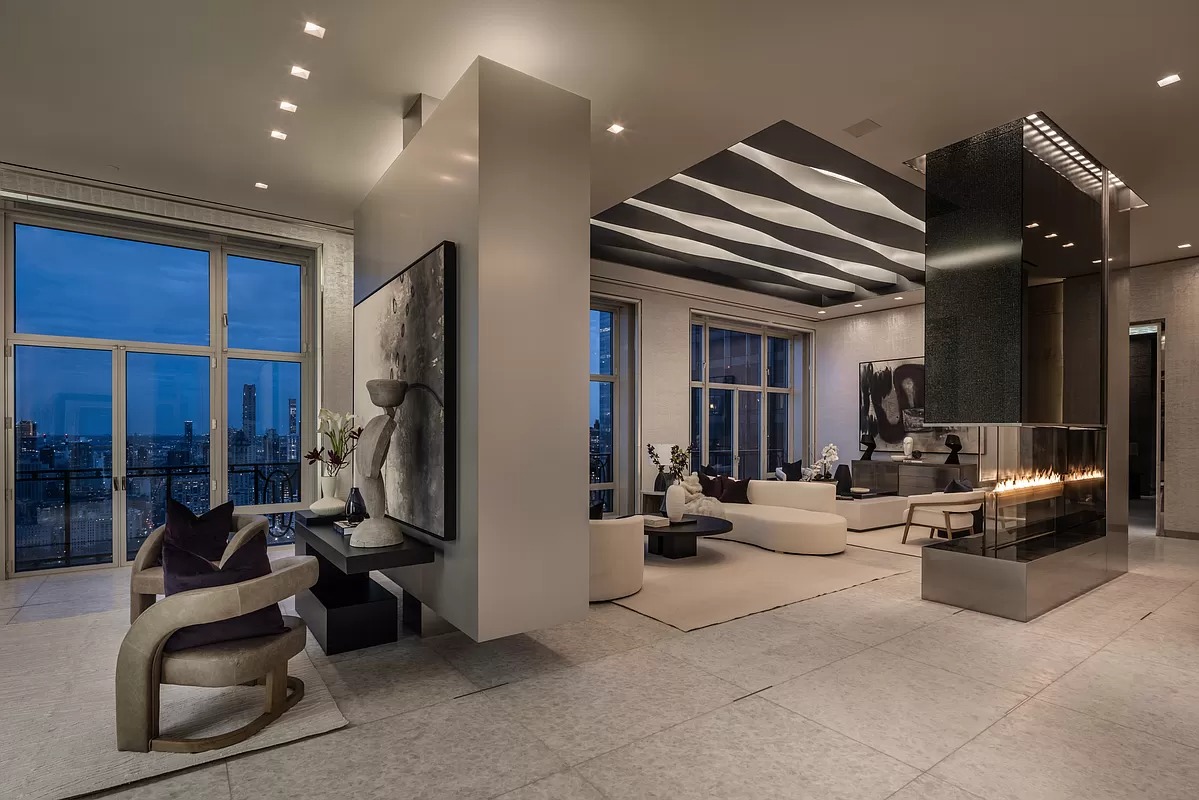 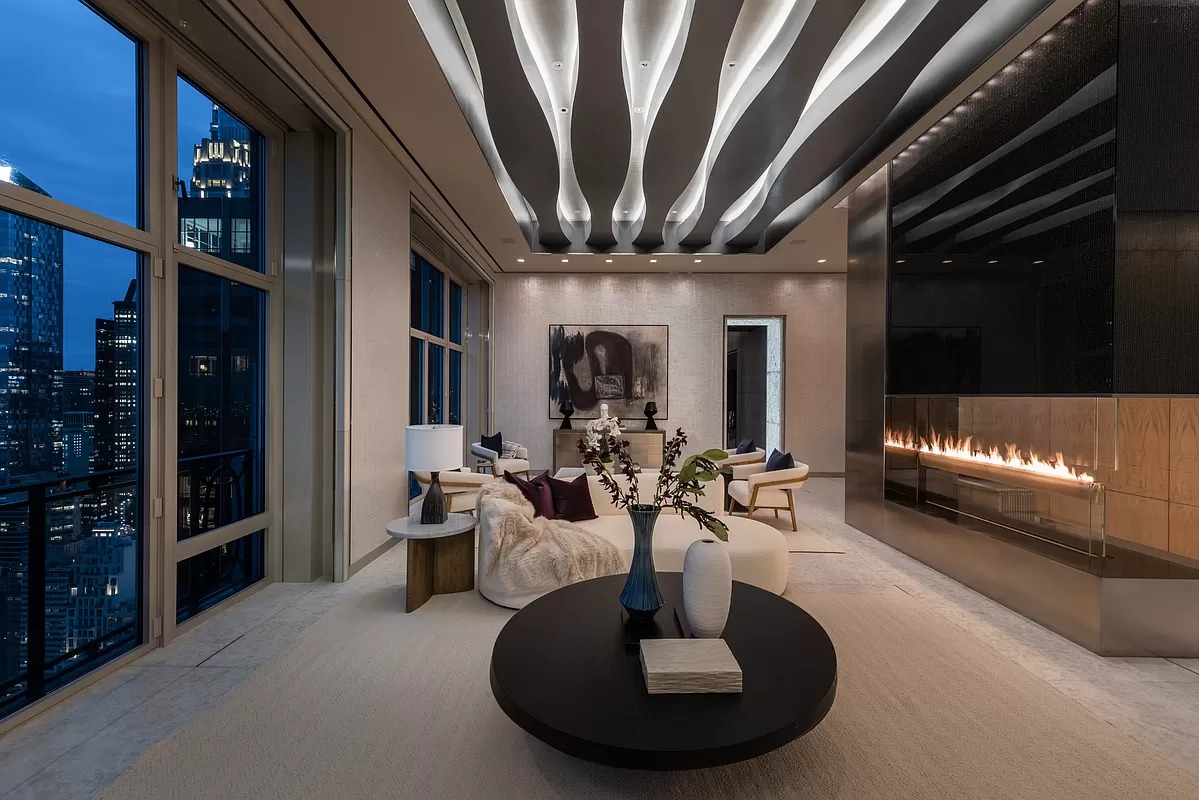 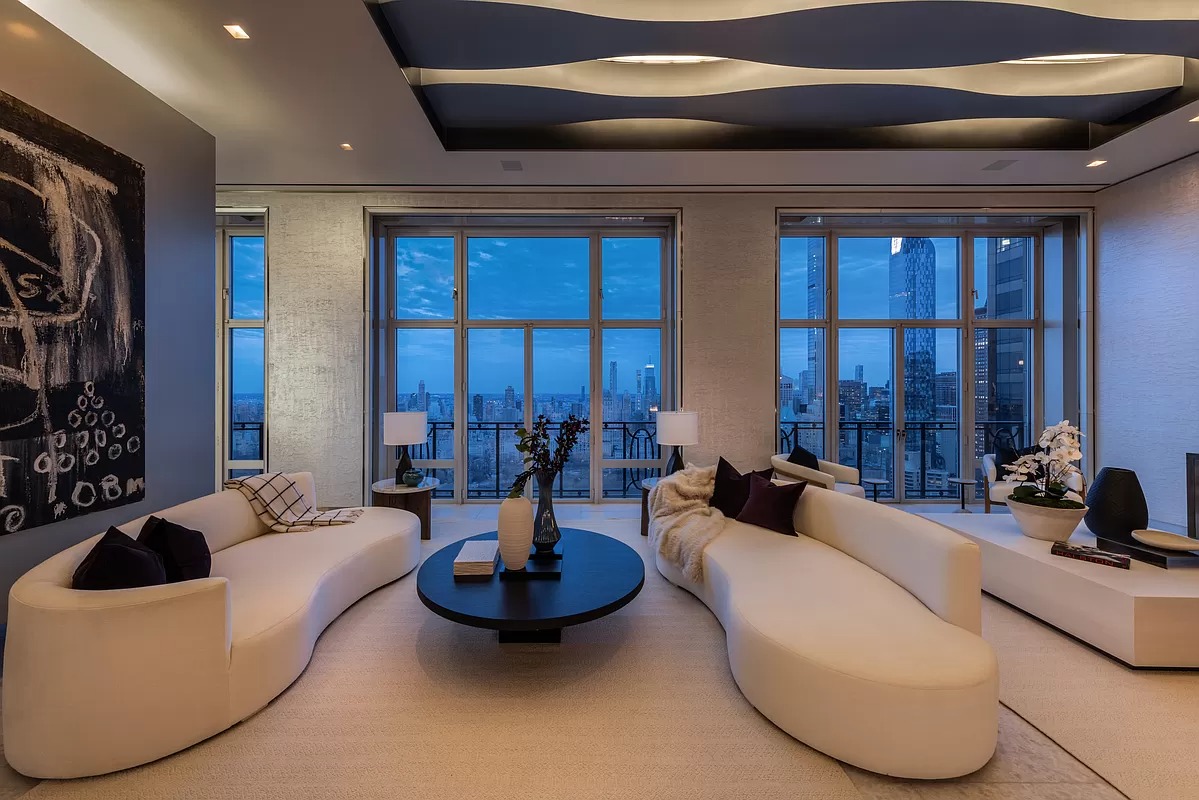 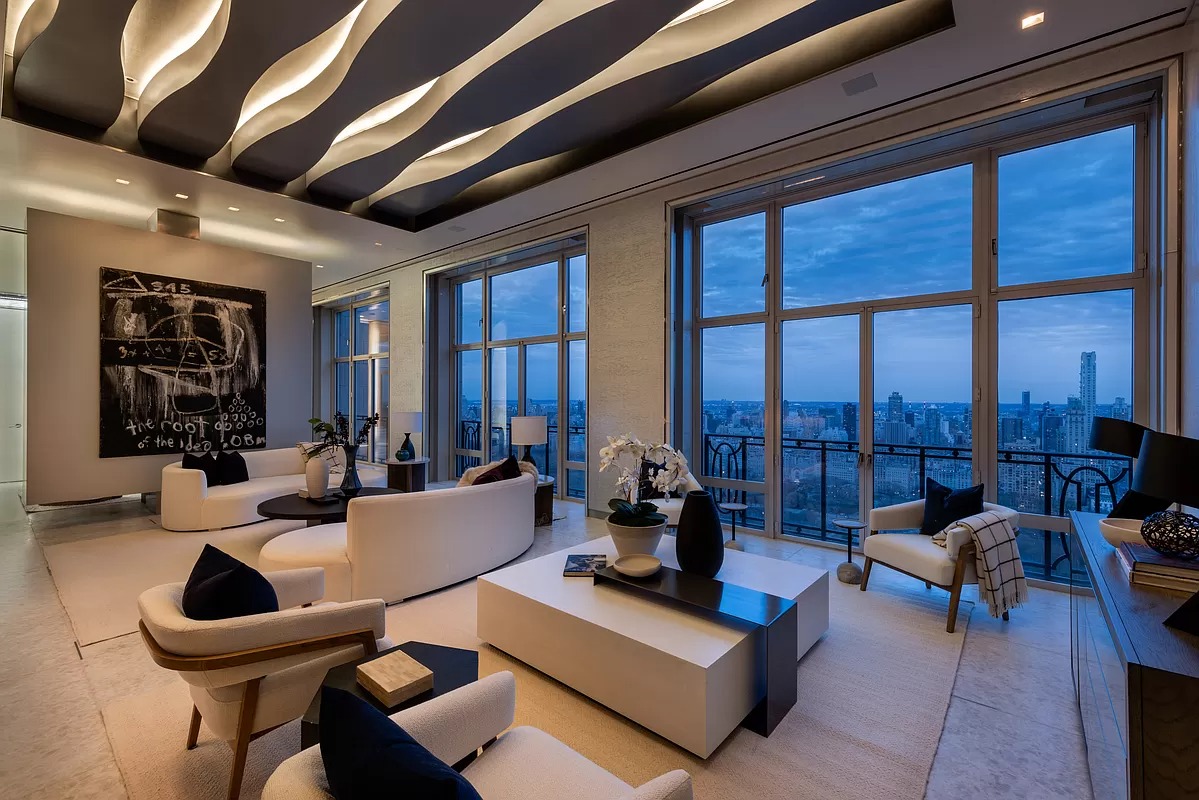 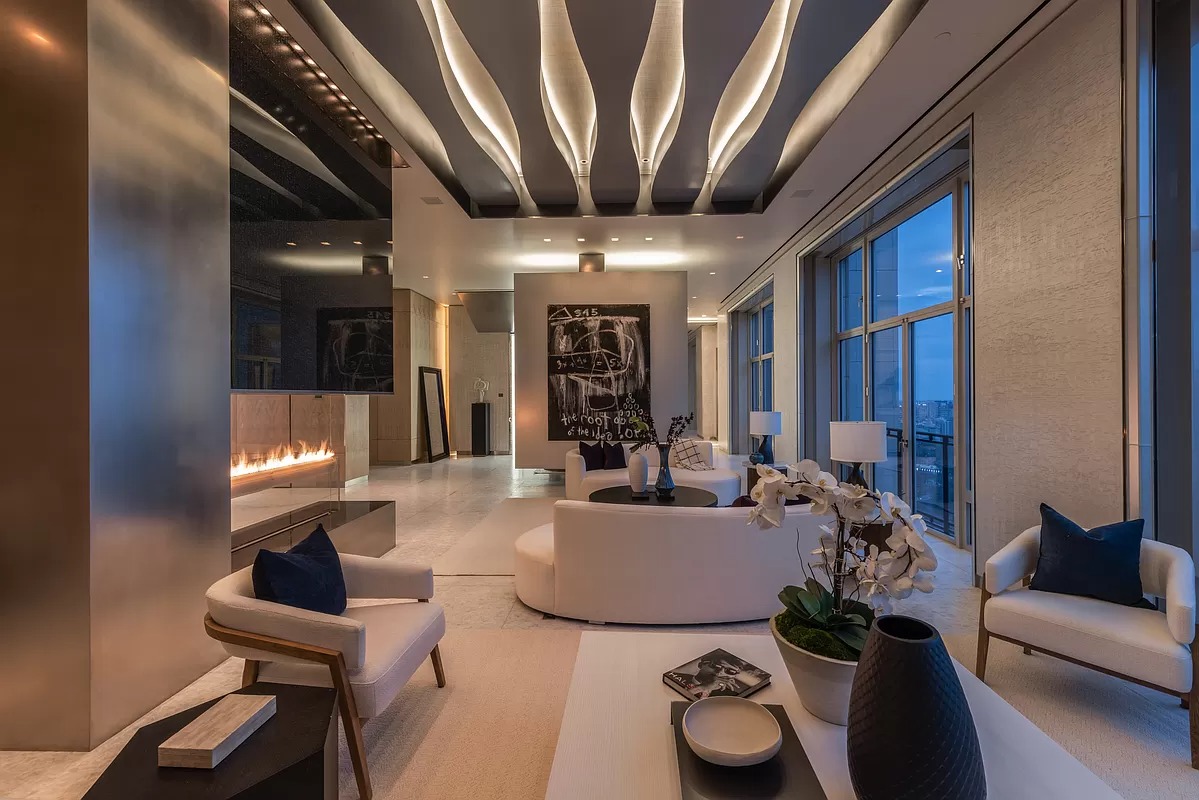 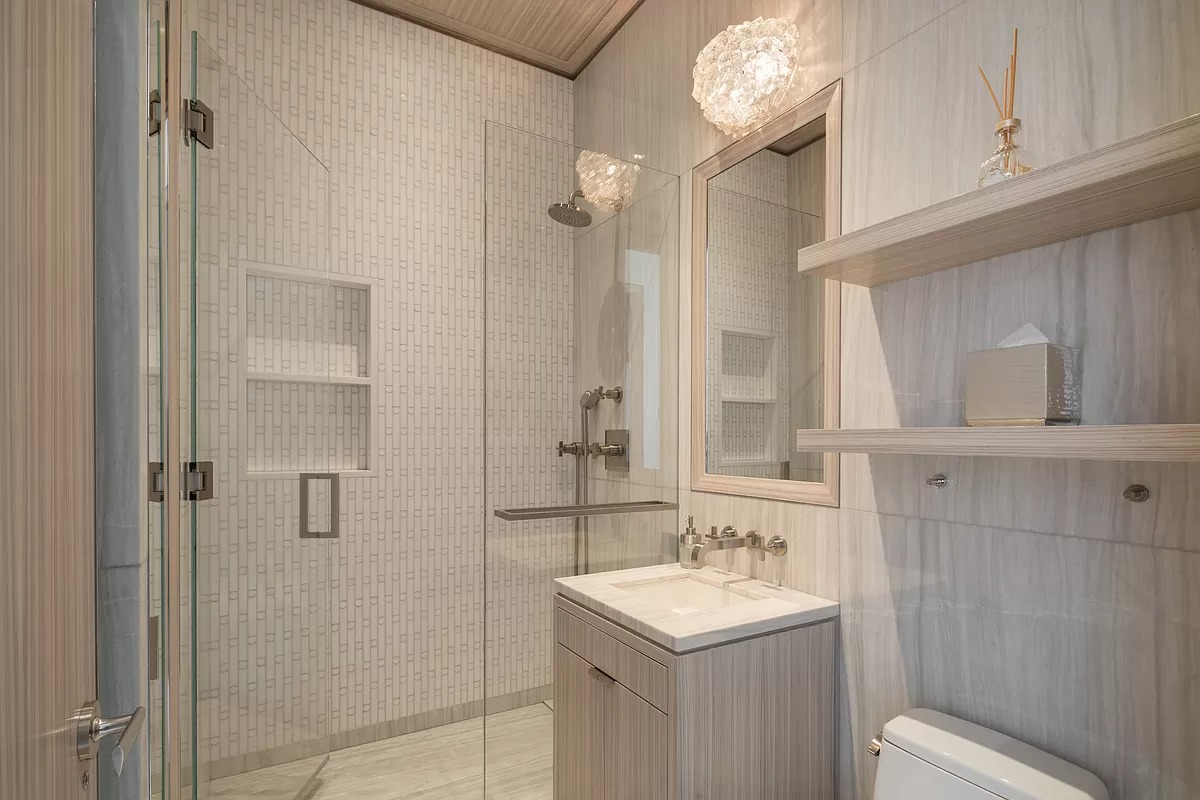 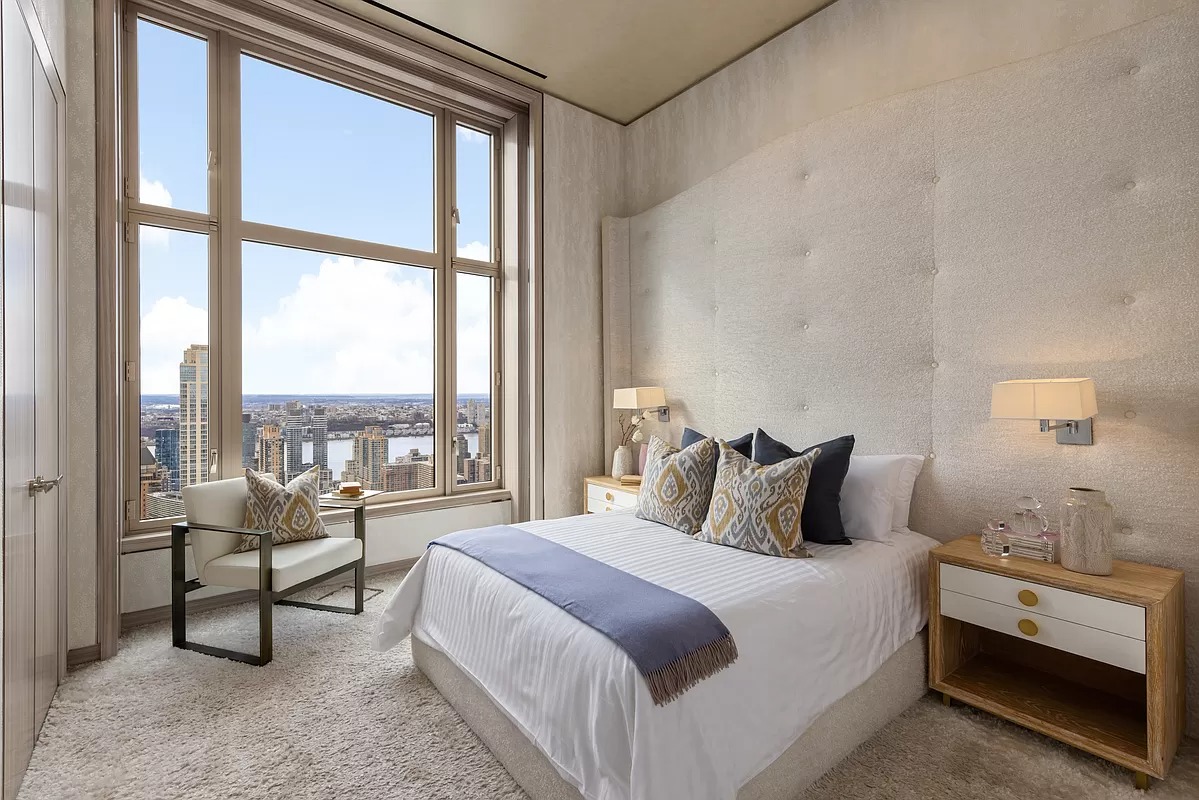 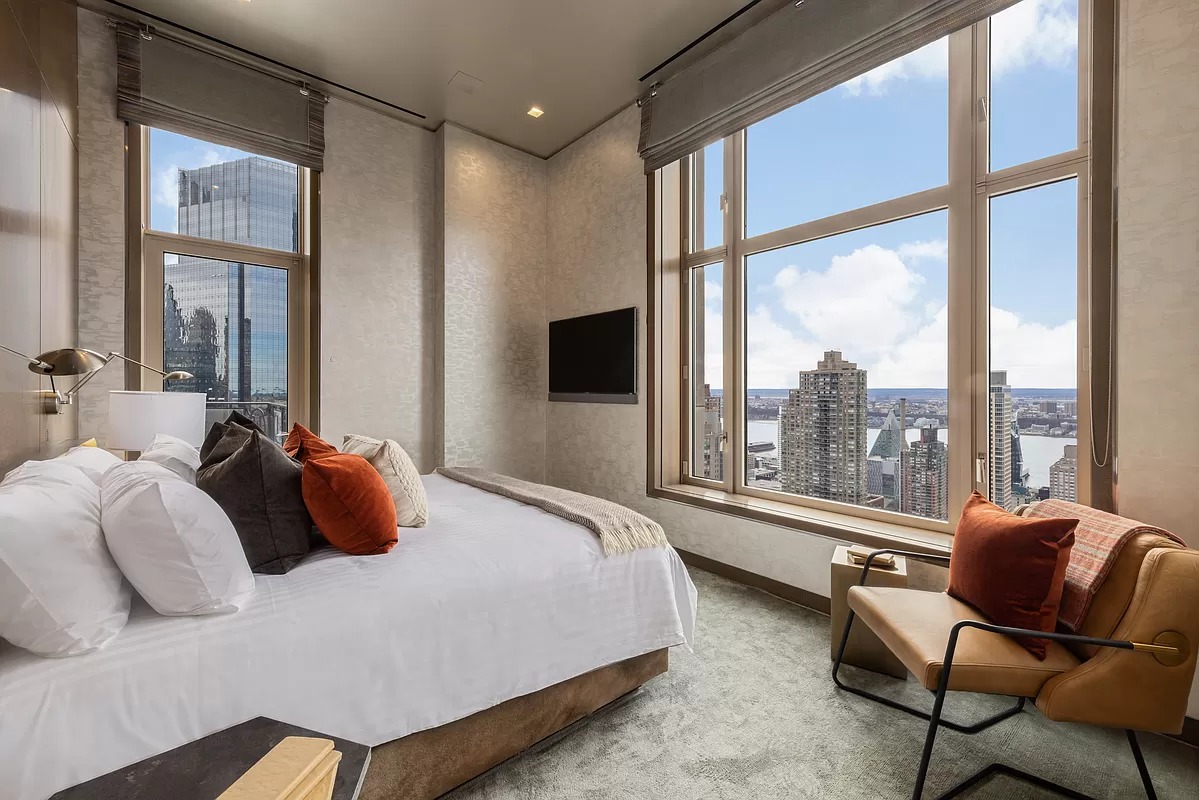 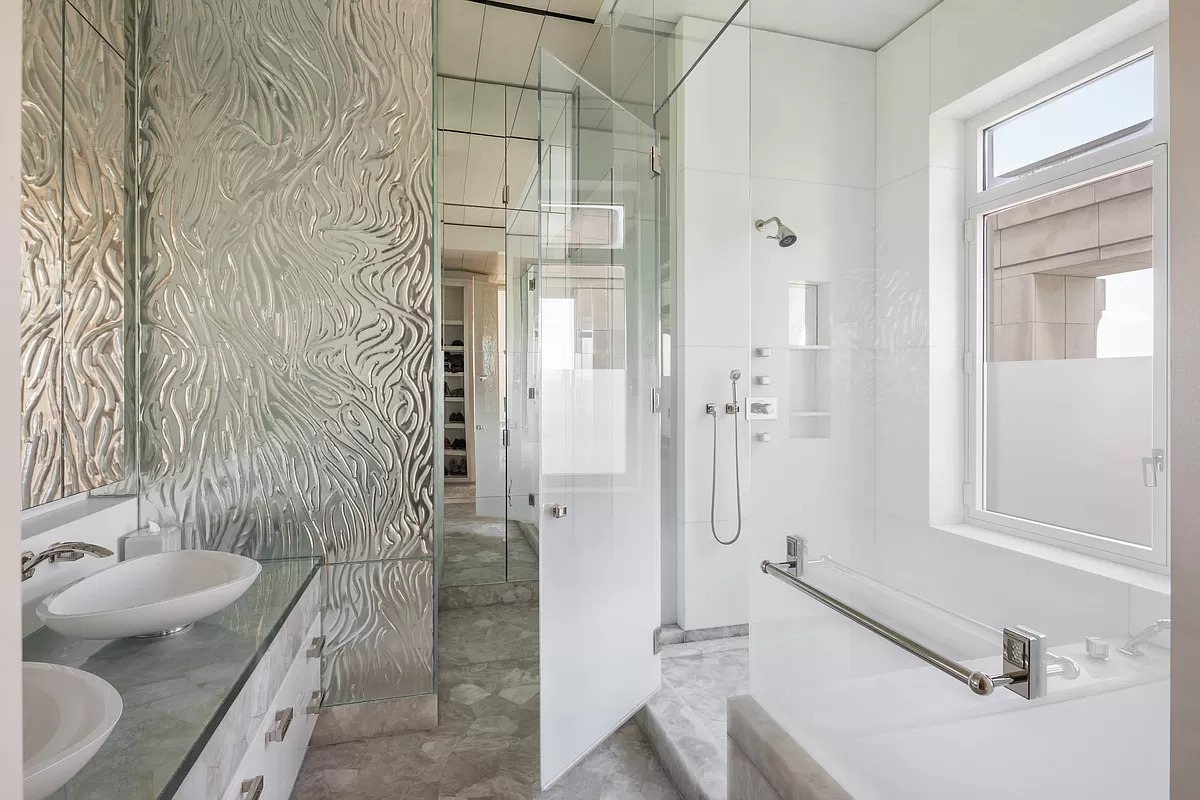 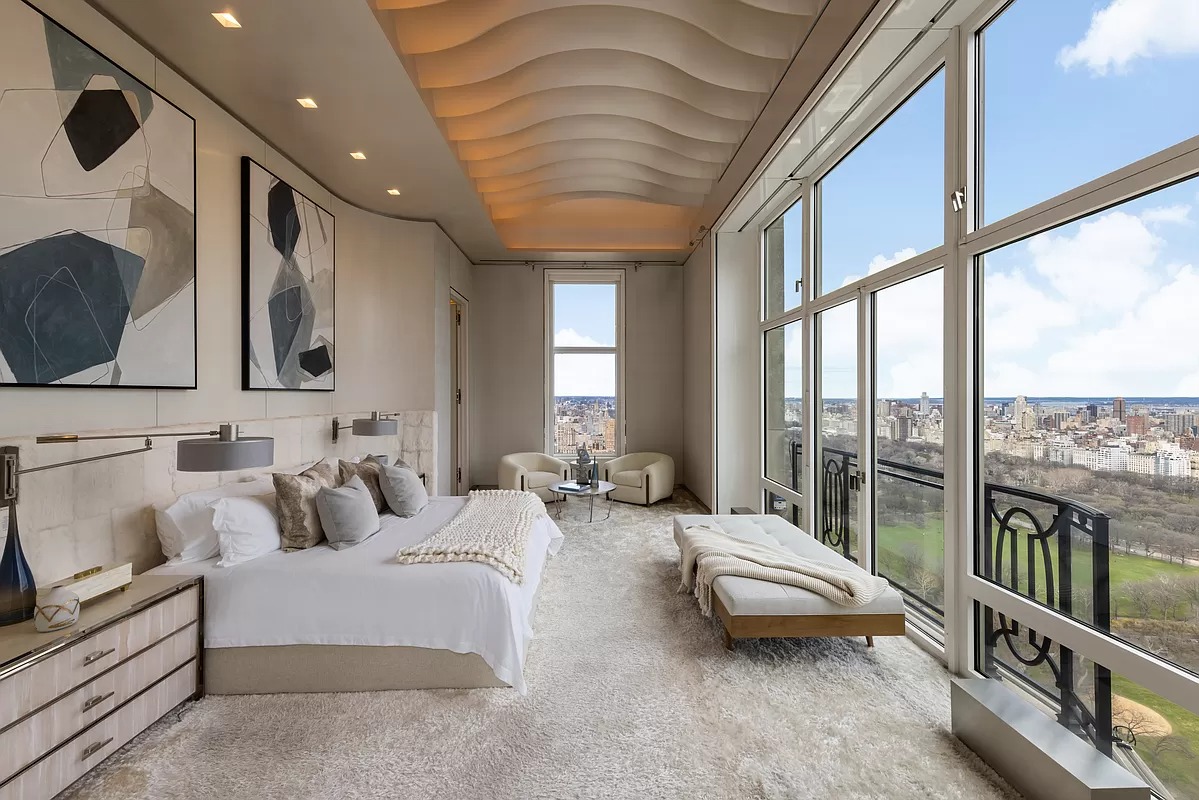 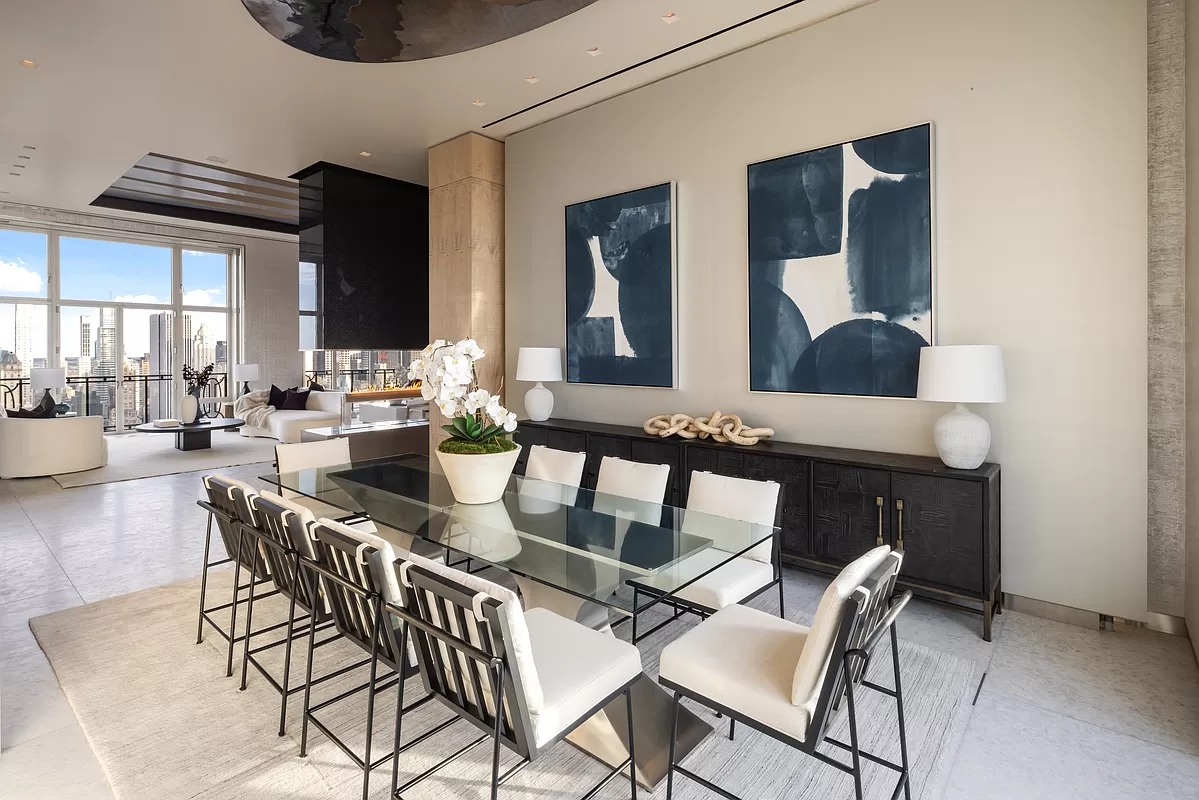 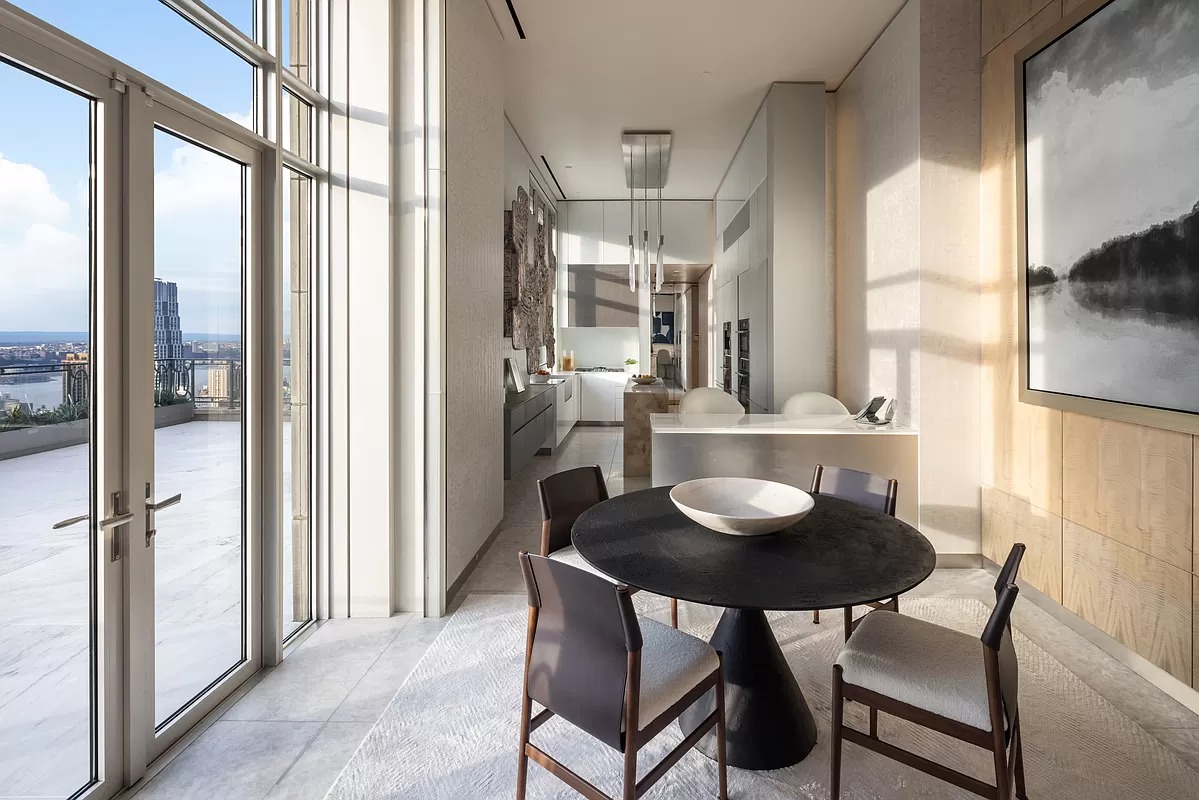 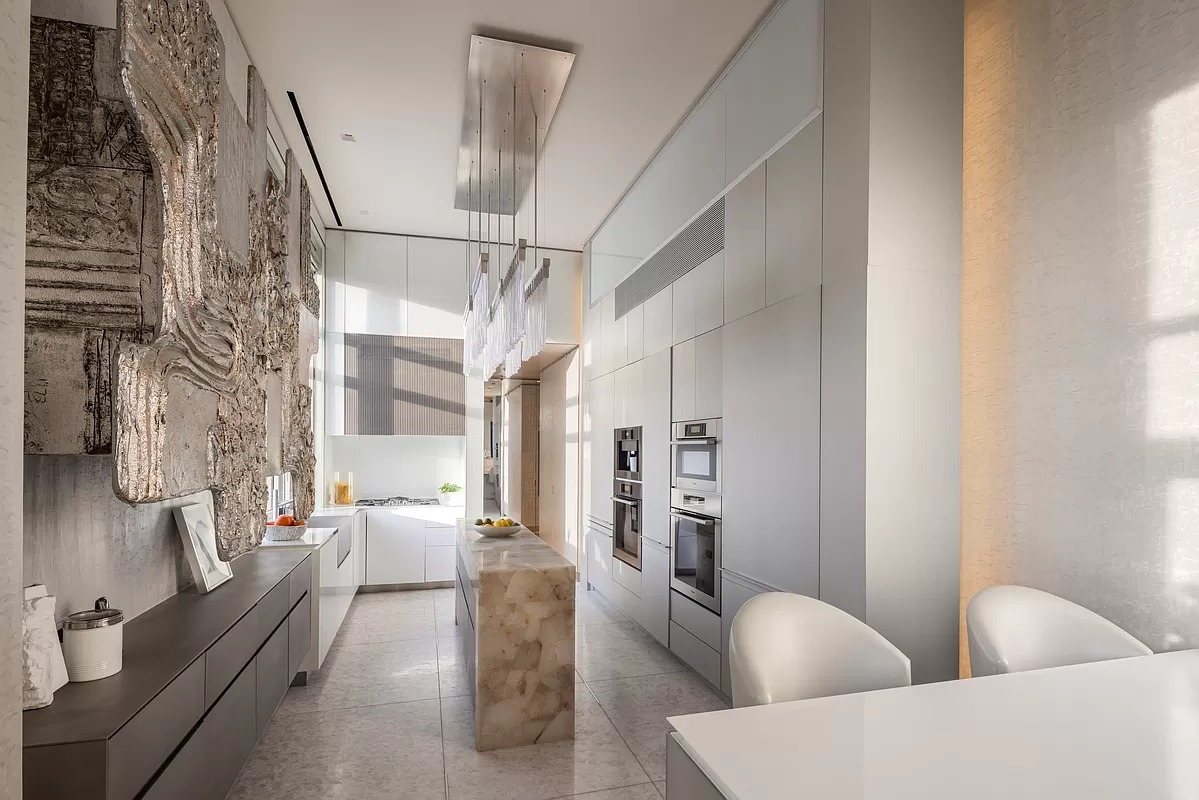 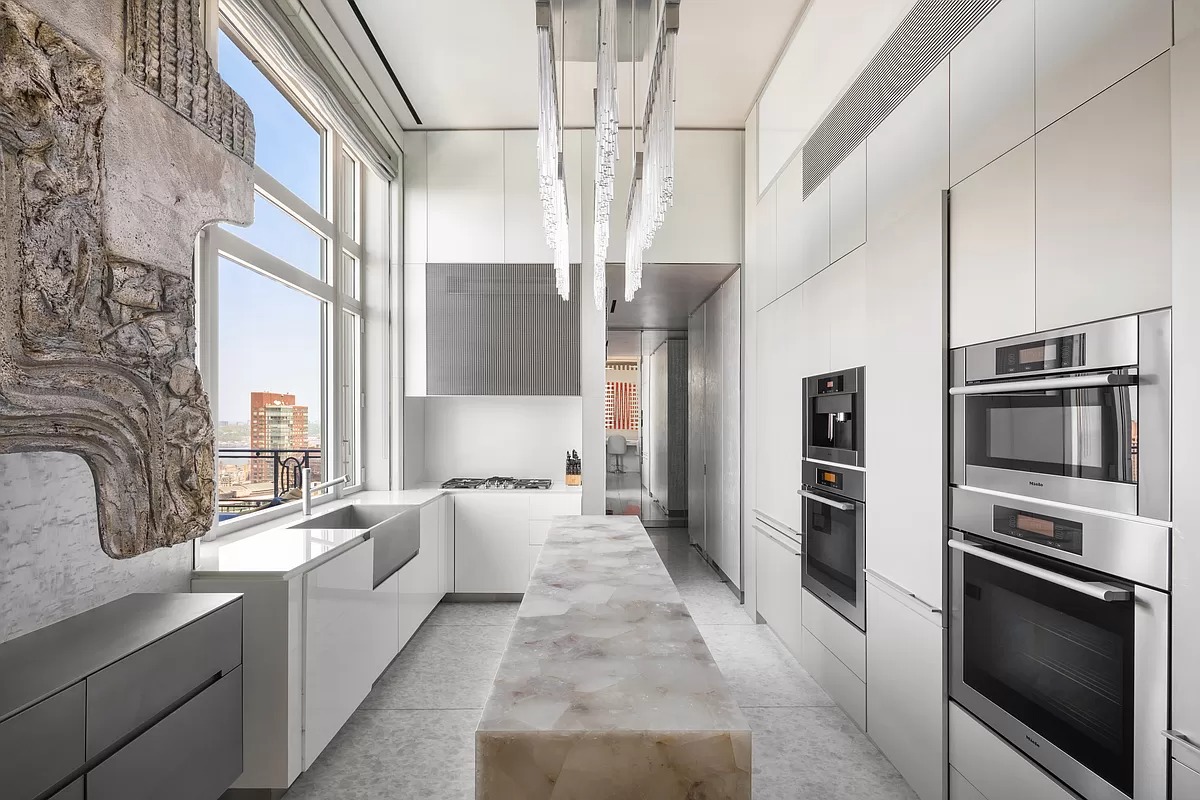 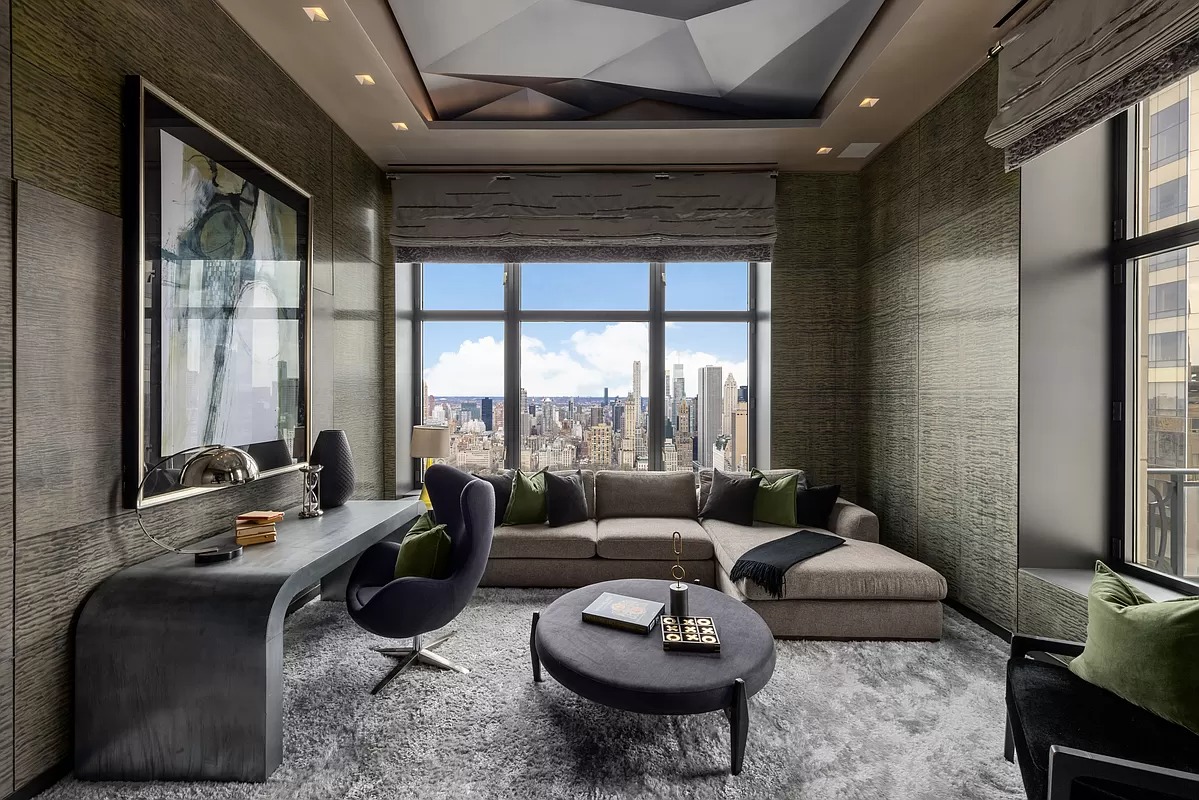 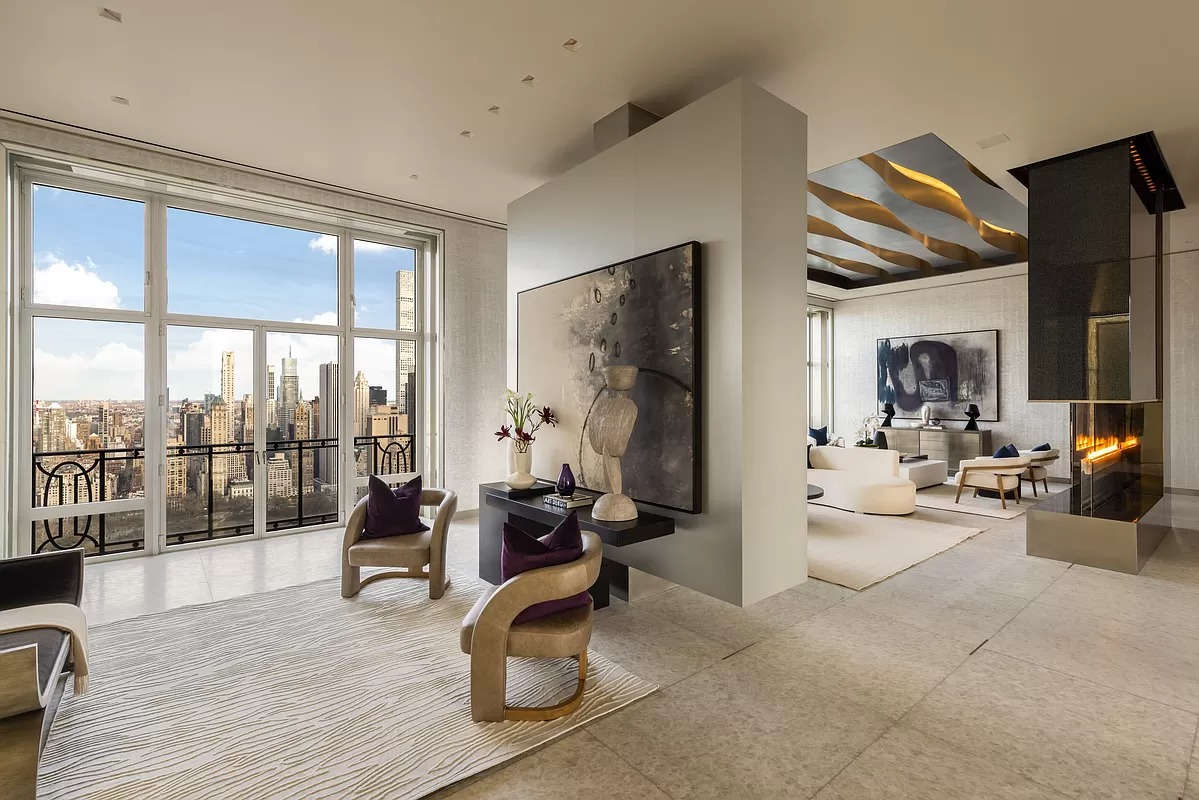 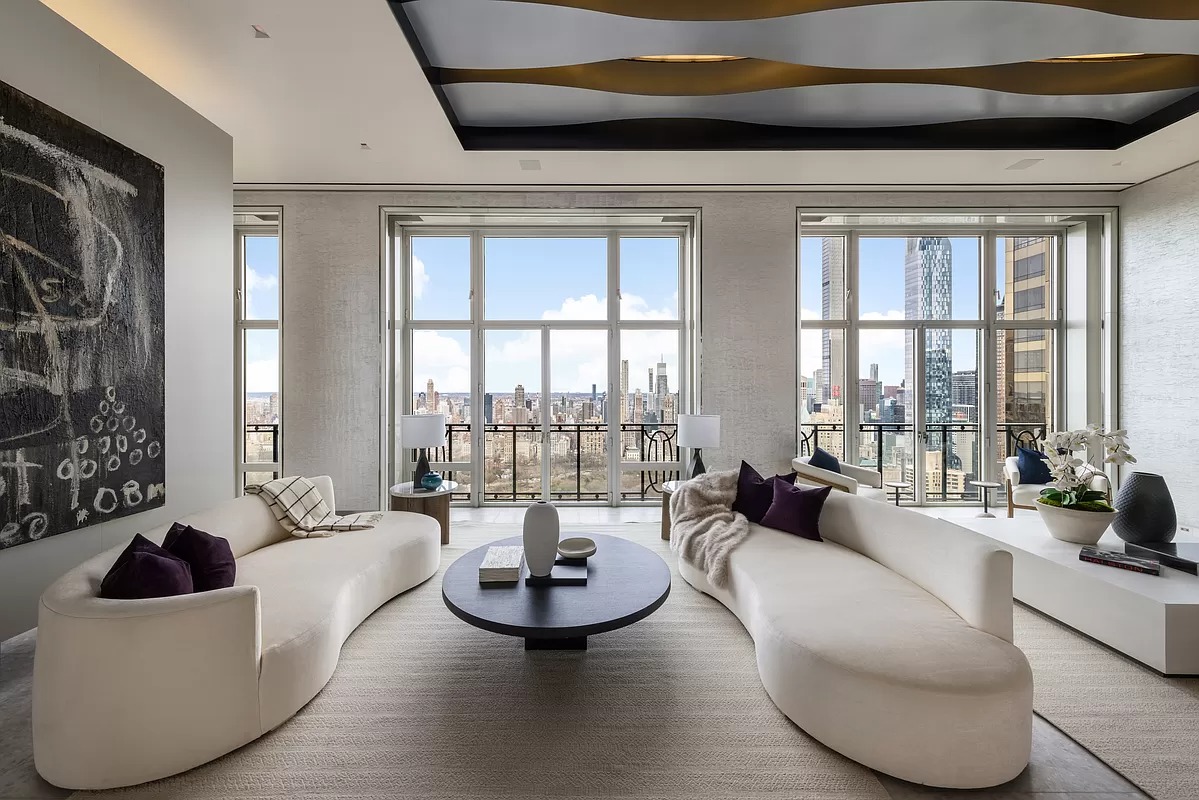