The oceanfront Central California home of actress Betty White hit the open market recently and found a fan in a hurry. The 3,621 sq. ft. house in Carmel appeared for sale in March, and arrived with a $7.95 million asking price. An acceptable offer apparently came in within only a couple of weeks.

An early 1980s ‘contemporary’ style — think modern with more angles and more wood — the home blossoms into three glassy levels on its beach side, taking in marvelous views of Ribera and Monastery beaches as well as the Point Lobos Nature Reserve. The panorama that can be viewed from the oversized panes in the master bedroom — which is given cozy context by way of a kiva-inspired fireplace — is worth the price of admission all by itself.

The home’s shared living spaces, including a large living room with a semi-vaulted ceiling and a massive stone wood-burning fireplace accent wall with a raised hearth, also benefit greatly from the location. The room transitions in a nearly open-concept layout with the kitchen and dayroom, which is granted additional illumination by a skylight or two.

Outside, a veranda overlooks the property’s gardens and walking paths, and the Carmel coast in the near distance.

White passed away at the end of December, a few weeks shy of her 100th birthday. Her most memorable television work includes The Mary Tyler Moore Show and The Golden Girls. 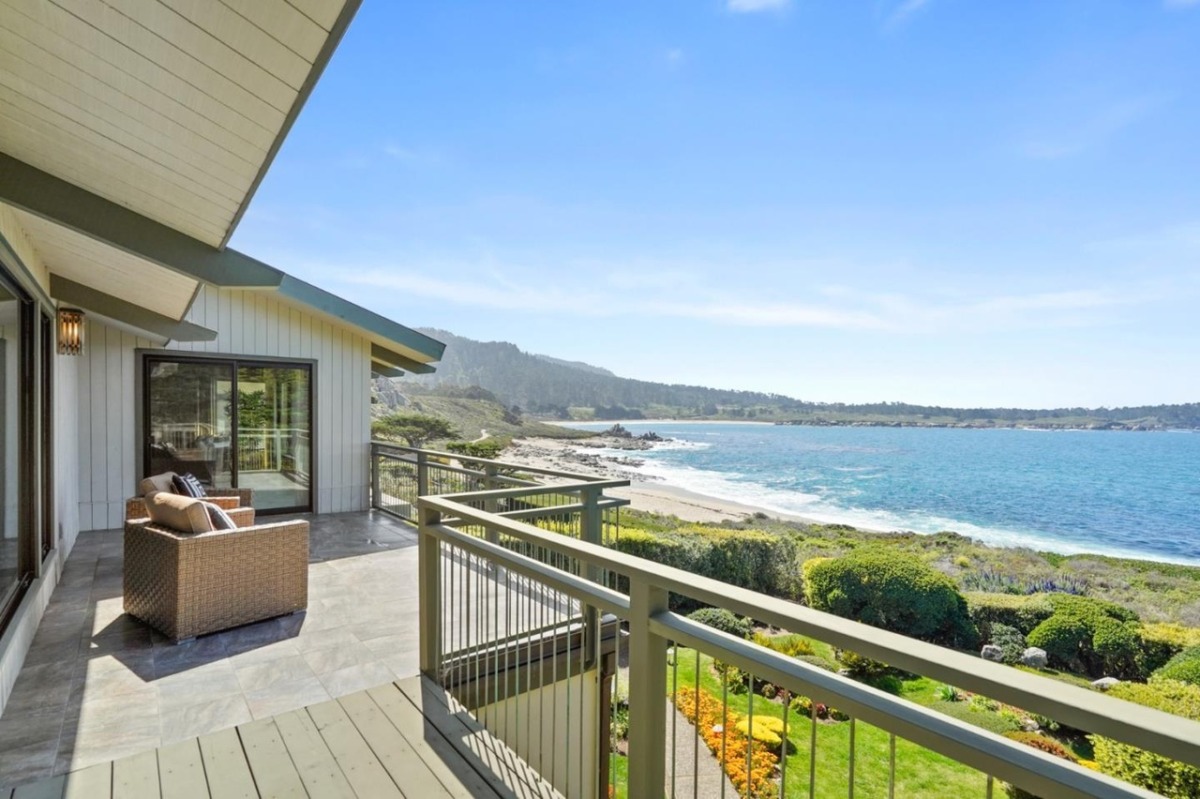