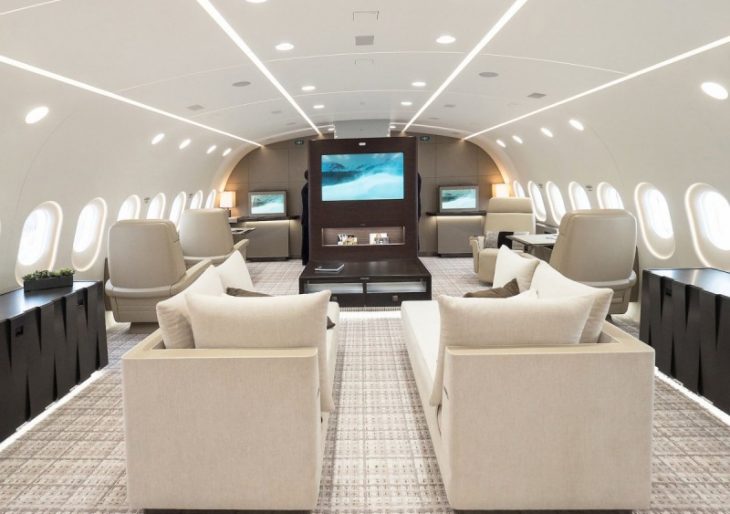 A couple of months ago, Chelsea FC owner Roman Abramovich put his Boeing 767-300ER jet up for sale. The billionaire tagged the larger-than-usual business jet — which comes with its own nickname: Bandit — at $100 million. The 2007-built jetliner, which features an anti-missile defense system, can accommodate 34 passengers, and features a lounge and a reading room.

Abramovich’s reasons for selling the 767 were simple. First of all, he apparently owns two other large jets, both Boeings. Second of all, he was very close to taking delivery of another Boeing, a 787-8. Recently, that Boeing was delivered.

The new plane can seat 50 passengers. Boeing calls the model the Dreamliner, and it comes with a base sticker of about 250 mil. Abramovich had the plane customized, of course, which added another hundred million to the final tally.

The extravagant private jet spans 187 feet. It has a range of about 10,000 miles, and when configured as a commercial airliner can handle over 220 passengers.

Like the 767-300ER Abramovich put up for sale in the fall, the 787-8 was originally destined for corporate service; the former was commissioned by Hawaiian Airlines, who backed out of the purchase, while the latter was ordered by now-defunct Swiss firm PrivatAir seven years ago.

Abramovich’s net worth is around $15 billion, according to Forbes. 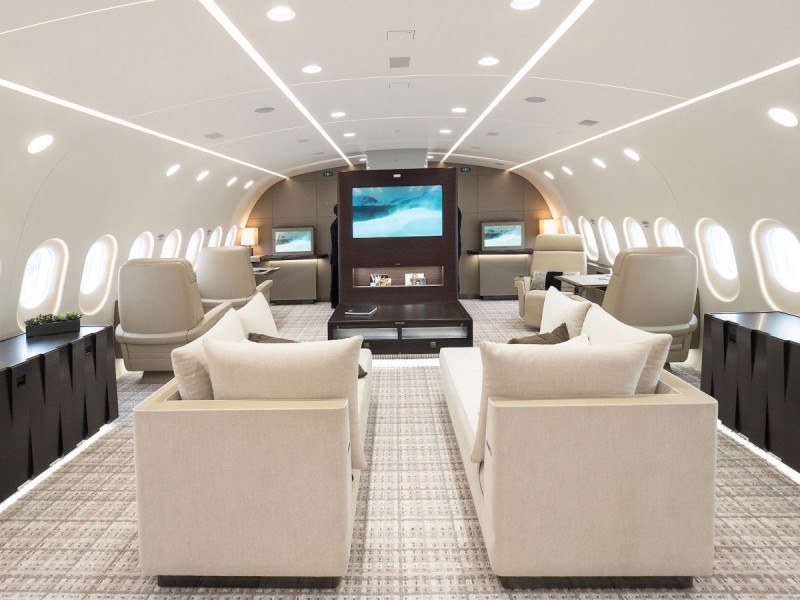 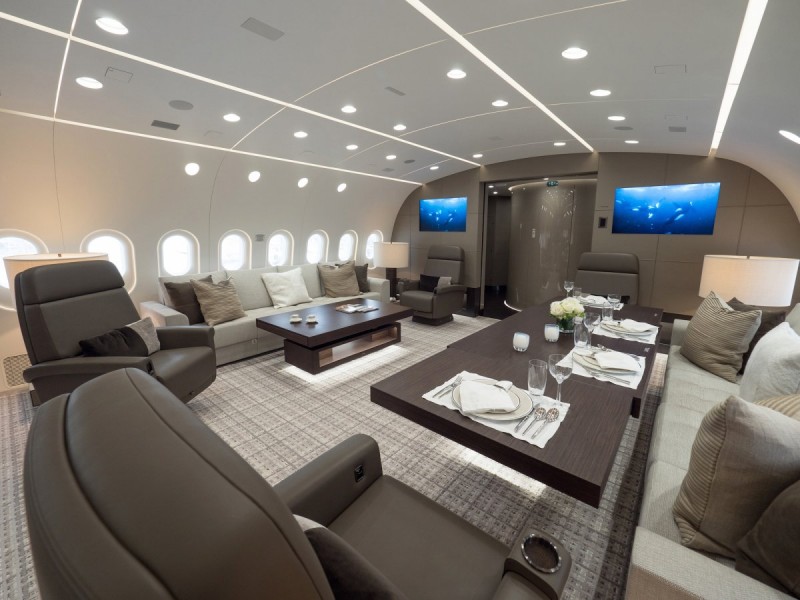 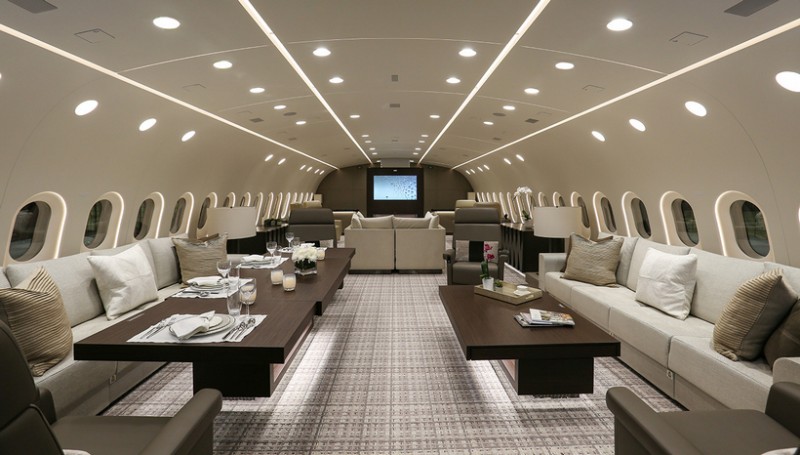 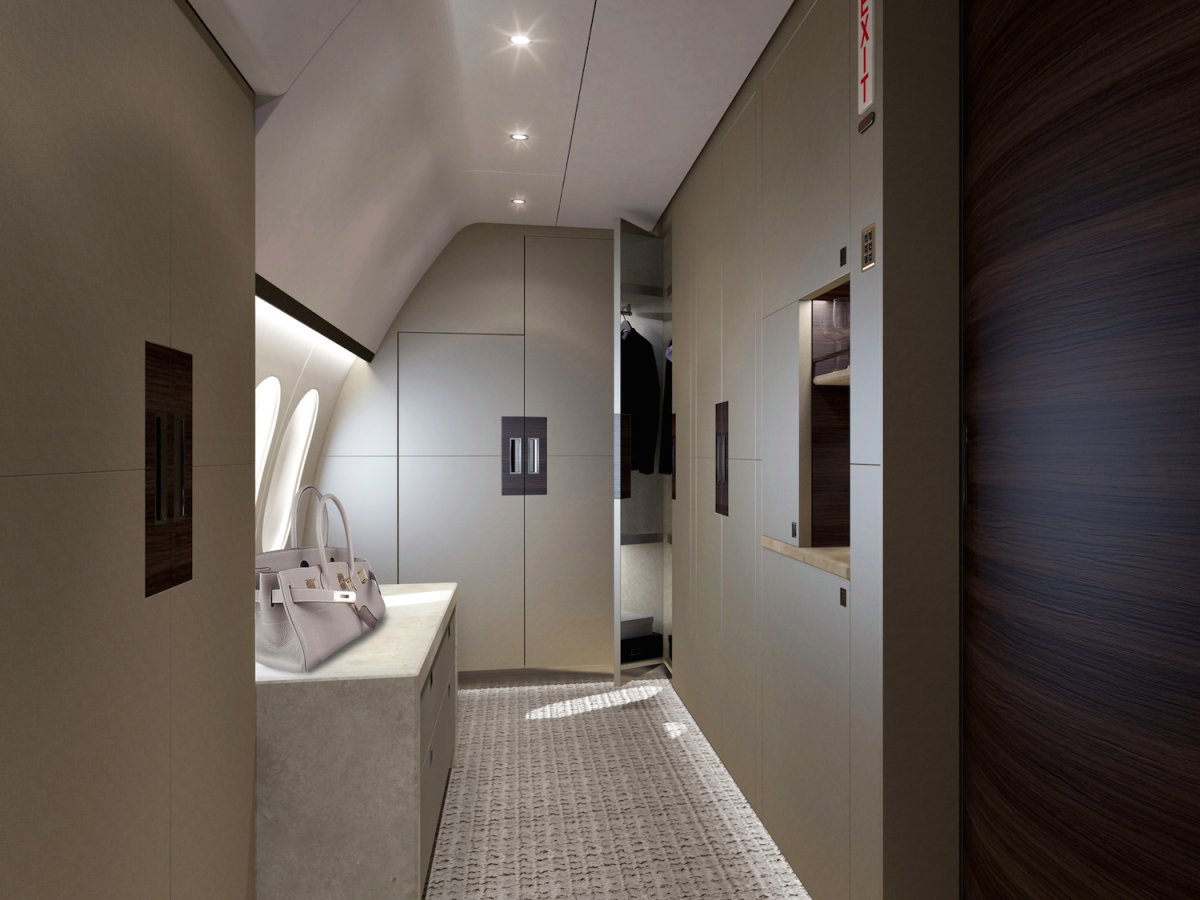