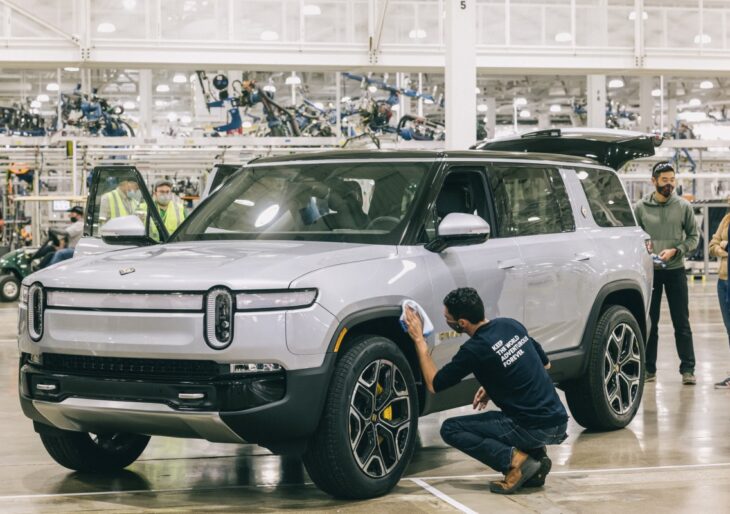 With its R1T pickup in production and initial deliveries accomplished, American electric vehicle startup Rivian has turned to rolling out first examples of its other current model: the R1S sport-utility vehicle. The first R1S models were delivered this week to company CEO RJ Scaringe and CFO Claire Rauh McDonough.

Rivian would’ve had more examples of both models on the road by the end of 2021, according to the company, but for battery supply, which has been interrupted by the ongoing health crisis. In light of the supply chain issues, Rivian warned buyers waiting on delivery that some additional time would be required to fulfill commitments, but has stated that all orders of both models will be filled by next summer.

Base stickered at $70K, the first incarnation of the R1S offers drivers 316 miles of range on 21-inch wheels; it can launch to 60 MPH in 3 seconds, tow 7,700 pounds, and wade to over 3 feet, according to the company website. Its interior features include vegan leather and Driver+ hands-free assistance, an 11-camera, 5-radar and 12-ultrasonic sensor system which will update OTR.

Rivian has two additional variants in the pipe, though, one of which is a more economical version with a 250 miles range. Rivian’s top R1S will have an as-yet undisclosed ‘longer’ range.

Scaringe is the founder of Rivian. His net worth is around $2 billion. 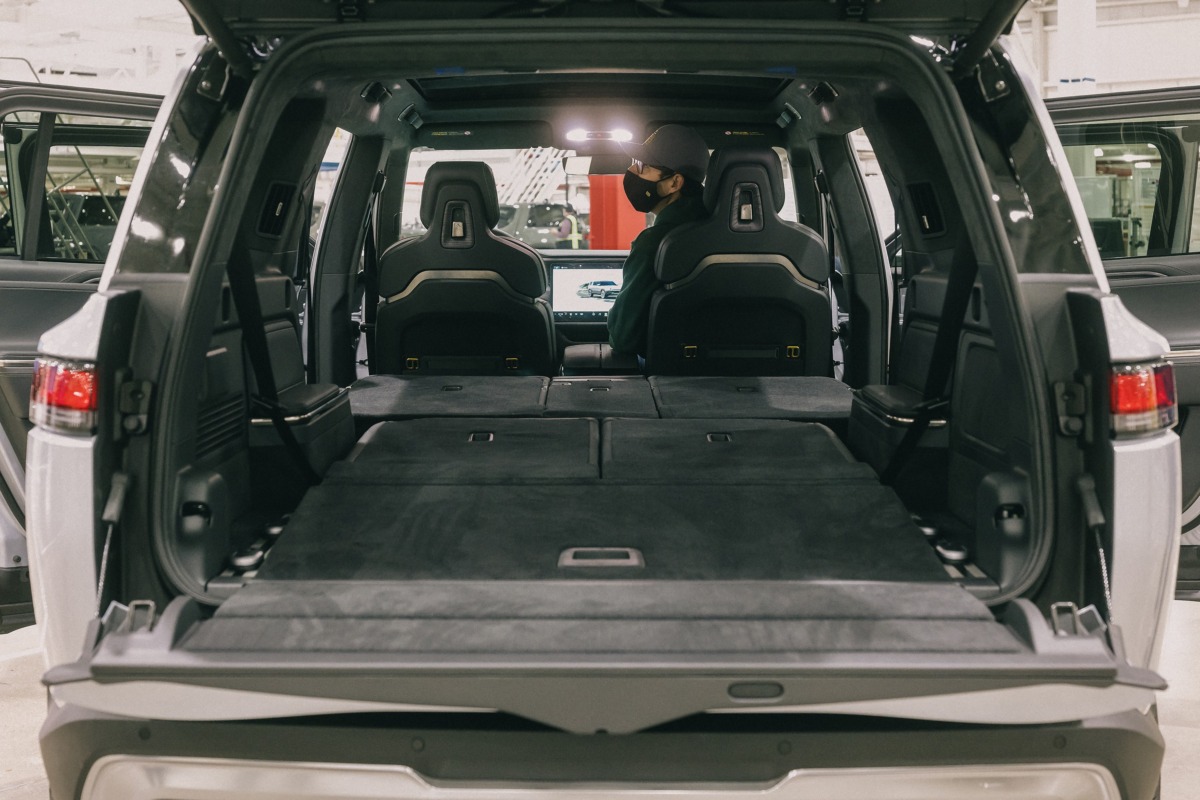 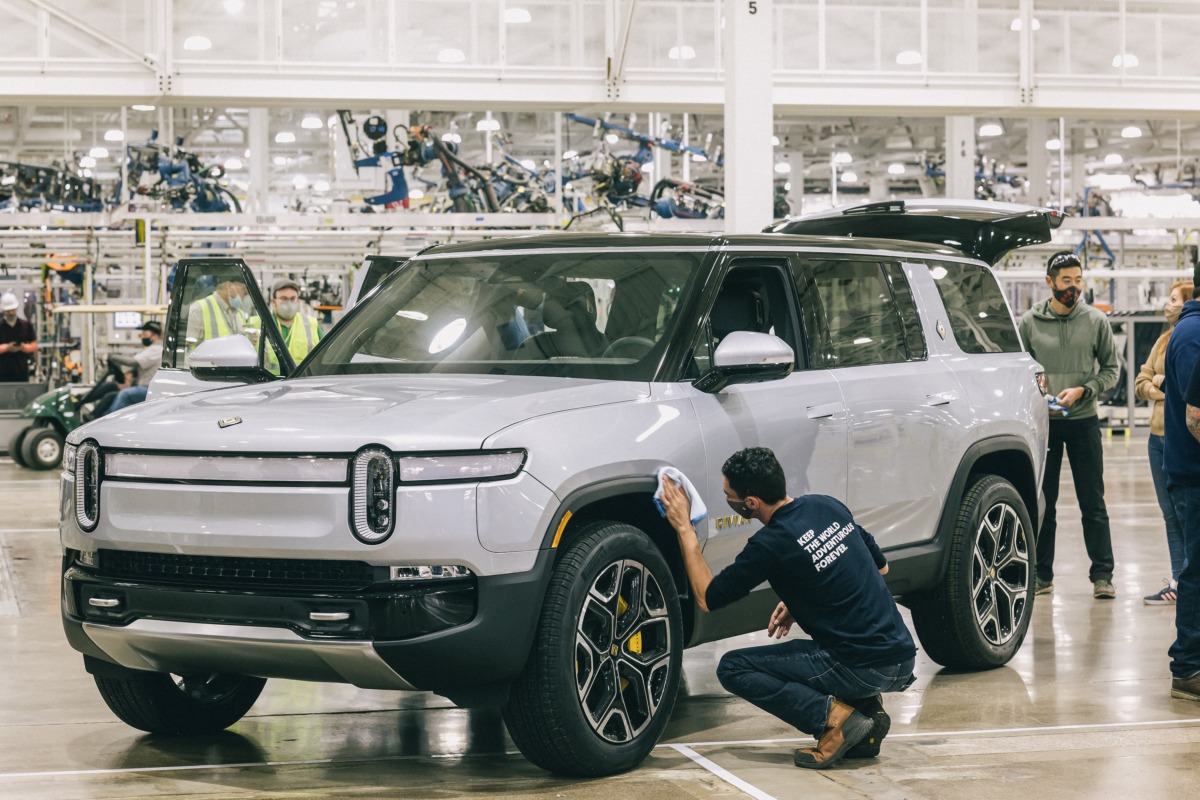