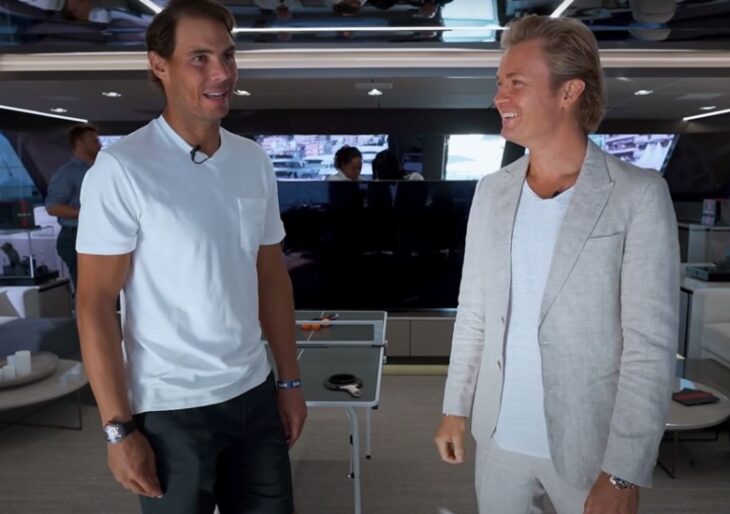 Tennis megastar Rafael Nadal brought Formula One champion Nico Rosberg onboard his new yacht recently for a look around. The tour took place during the Monaco Yacht Show in early fall.

The yacht, an 80 Sunreef Power model which Nadal named Great White, measures about 28 meters. It features teak decking and an interior design style based in muted beige tones and LED atmospherics. Naturally, there is a ping-pong table on board Great White. The Nadal-Rosberg meeting included a game of mini ping pong on the deck.

The 80 Sunreef Power is a flybridge design, and features a full-beam bow terrace, a spa, and a wet bar. She sleeps 12; her accommodations include a master stateroom with a creative workspace and a dressing room. The master is positioned in the bow.

Nadal took delivery of the Sunreef about a year and a half ago. At the time, he had lobbed his other yacht, a 76-foot MCY-built craft called Beethoven, on the used market with a $3 million asking price. It appears to have been sold.