Shock-rock singer Marilyn Manson found a buyer for his engaging Hollywood Hills Spanish Eclectic in fairly short order and significantly above ask, accepting an offer this week of $1.835 million for the charming updated home. The postmodern Goth listed the property about a month ago with an asking price of $1.75 million. The three-and-three features 2,711 sq. ft. of interior living space, including a carefully designed kitchen with custom cabinetry and a black-and-white tile stove backsplash, and a gym that gives one the blues.

Even a cursory gander at the property reveals why is sold quickly, and spurred a little bidding war in the process. The list of details is impressive, and begins with the step-down great room, which features a two-story ceiling height, a rounded fireplace with a brick hearth step, a wall staircase illuminated by a staggered series of arched windows, exposed beams, and an narrow upper-level reading space with a bench seat and a long row of floor-to-ceiling shelving that overlooks the downstairs.

Other appealing details include the spiral staircase, which apparently climbs to a guest room, and the addition of steel-framed doors and windows, an upgrade which incorporates seamlessly with virtually any style. The master is on ground level, and features a beautifully designed little wet bar; the craftsmanship of the luxurious little amenity is striking.

Marilyn Manson’s eponymous band continues to reach the top 10 of the Billboard 200 chart with their releases. They had two number one albums: 1998’s Mechanical Animals, and 2003’s The Golden Age of Grotesque. 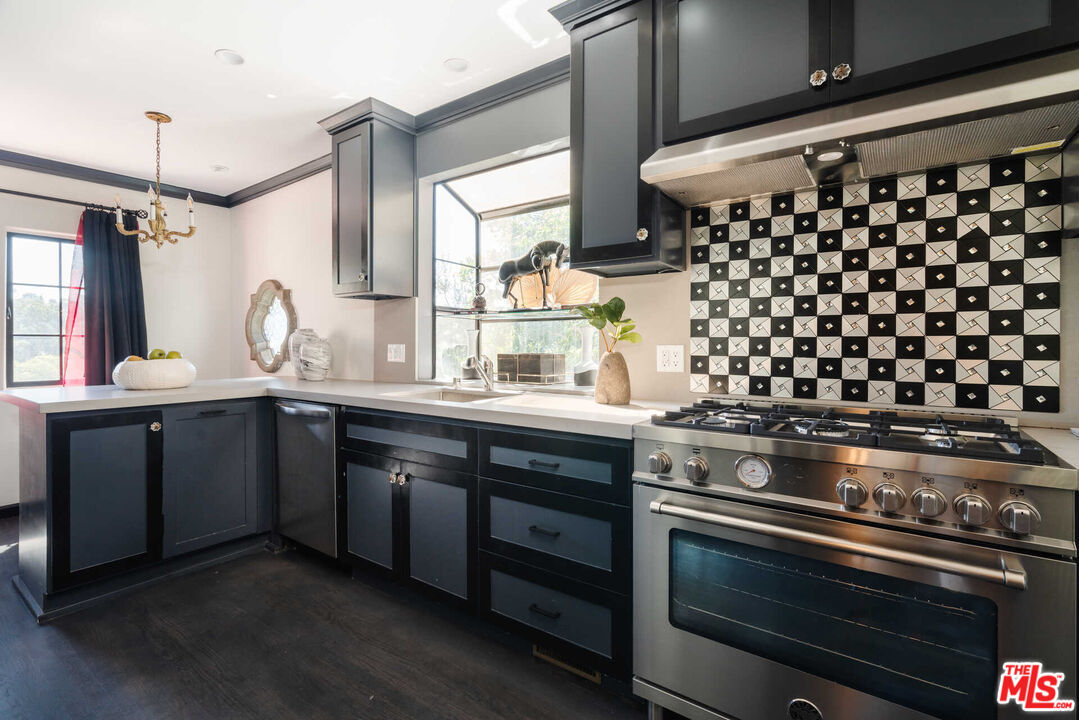