The recently built Hollywood Hills house Rihanna listed for sale just weeks ago has seen a price snip; the billionaire businesswoman and singer shaved $500K off the ask, leaving it at $7.295 million.

The home went up in 2015, and features architecture that voices traditional, Spanish and modern design elements; details include a frosted glass balustrade for the second-floor balcony, stucco exterior walls, roof tiles, and vigas. It sits on a .44-acre lot, which is filled out well with a guest house — which is currently purposed as a fitness studio — and an outdoor living area with a BBQ bar, yard, and infinity pool.

The home’s interiors include a combination kitchen and family room; the kitchen features a broad marble-capped, L-shaped waterfall island and a beamed ceiling, while the family room is bright and airy. A formal dining room is positioned on a corner, and offers fine views of local flora from its many windows. Steel-framed windows and doors, hardwood floors, a linear fireplace, and a staircase with a frosted glass and bronze balustrade also draw the eye.

There are six bedrooms and ten baths on the property, including both main and guest houses. The second-floor master’s a gem, with a private sitting room, a balcony, a linear fireplace, and spa bath.

Rihanna’s residential real estate purchases in the past year or so include a renovated $13.8 million Beverly Hills 7,628 square-footer, and the house next door, which the pop star picked up some weeks later for $10 million.

Rihanna has released eight studio albums; the last two topped the Billboard 200 chart. A ninth studio album is reportedly in the works. 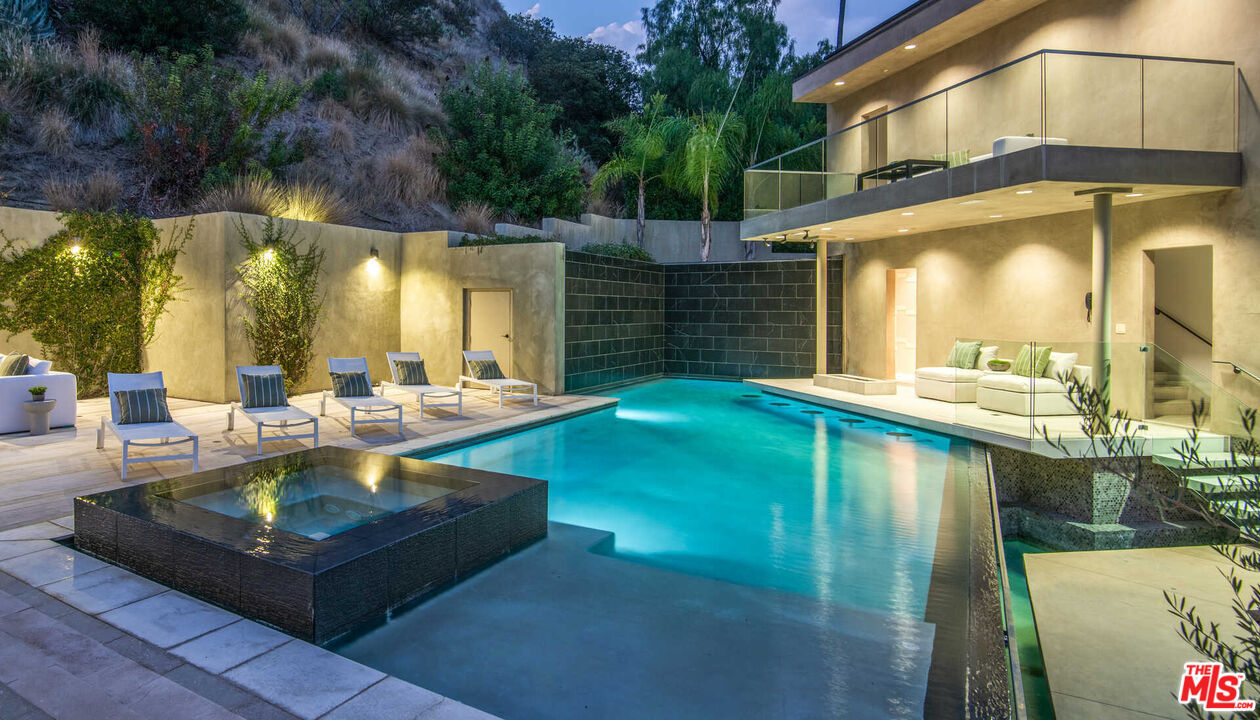 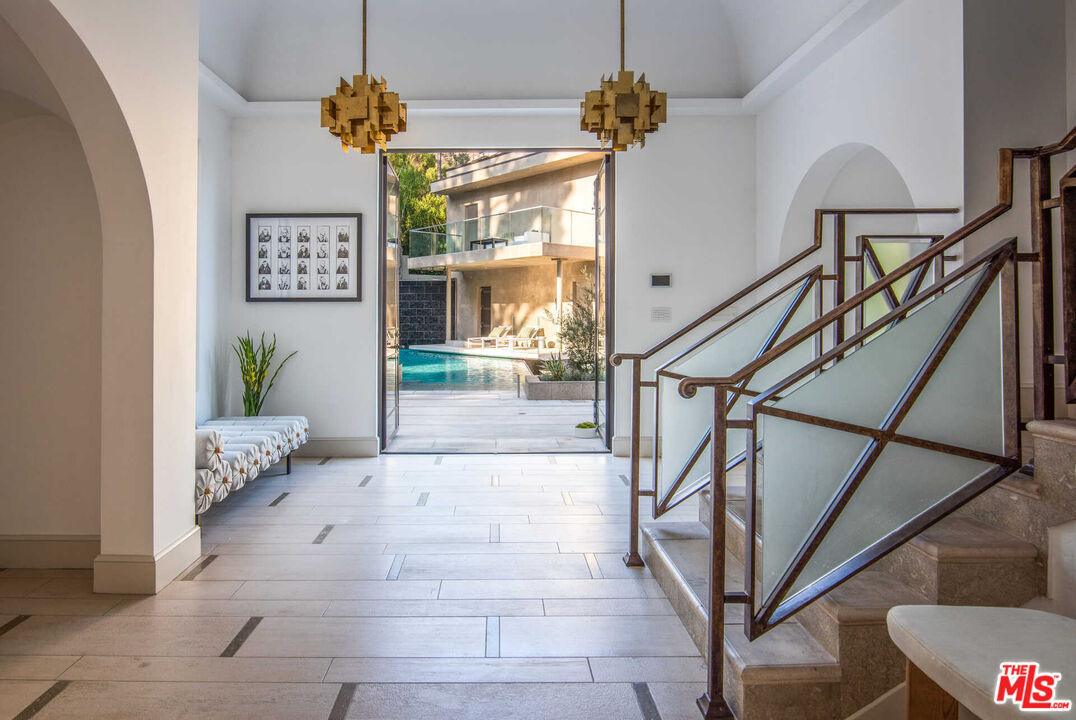 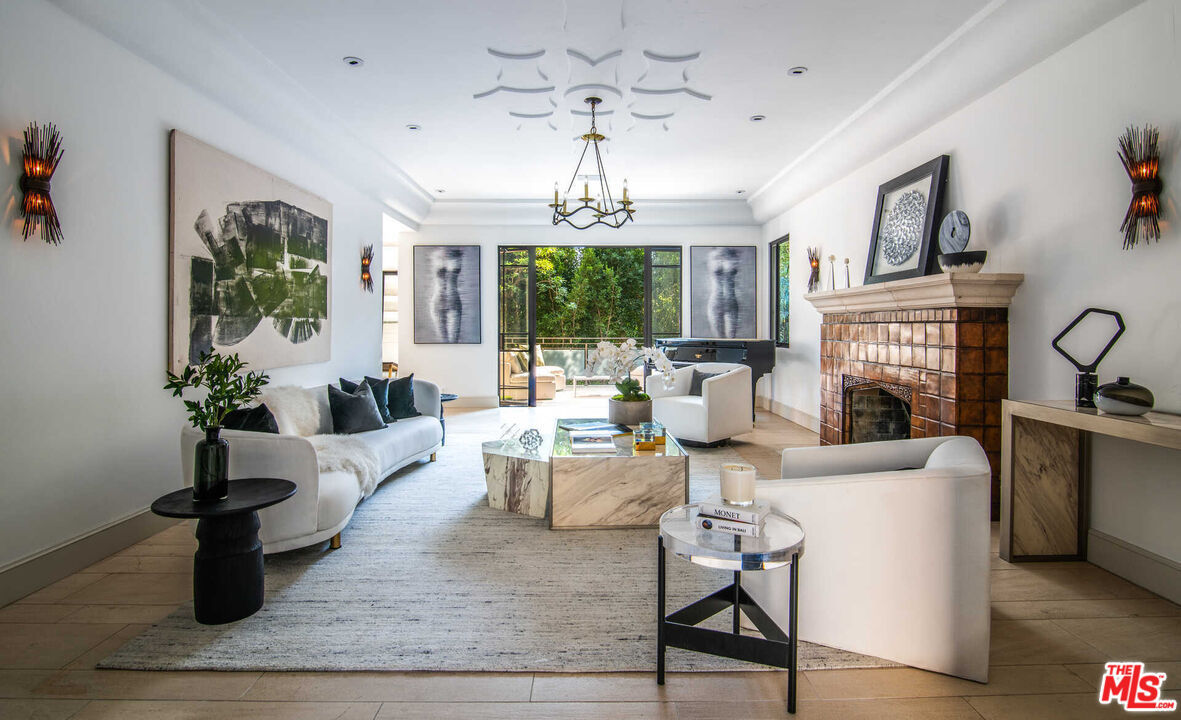 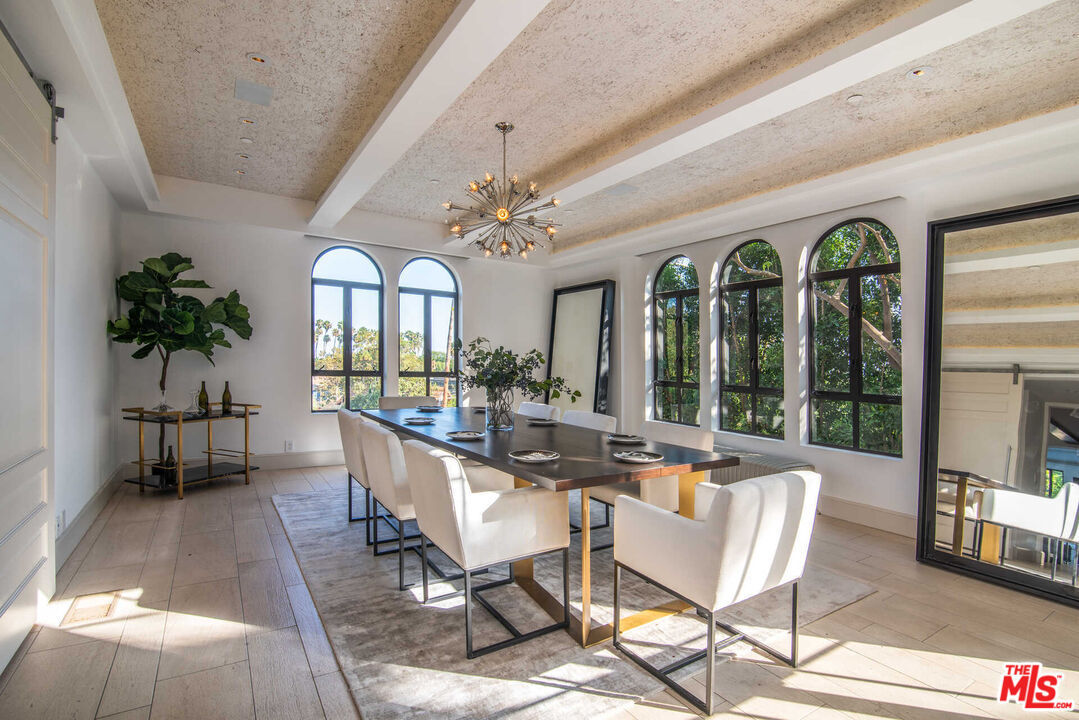 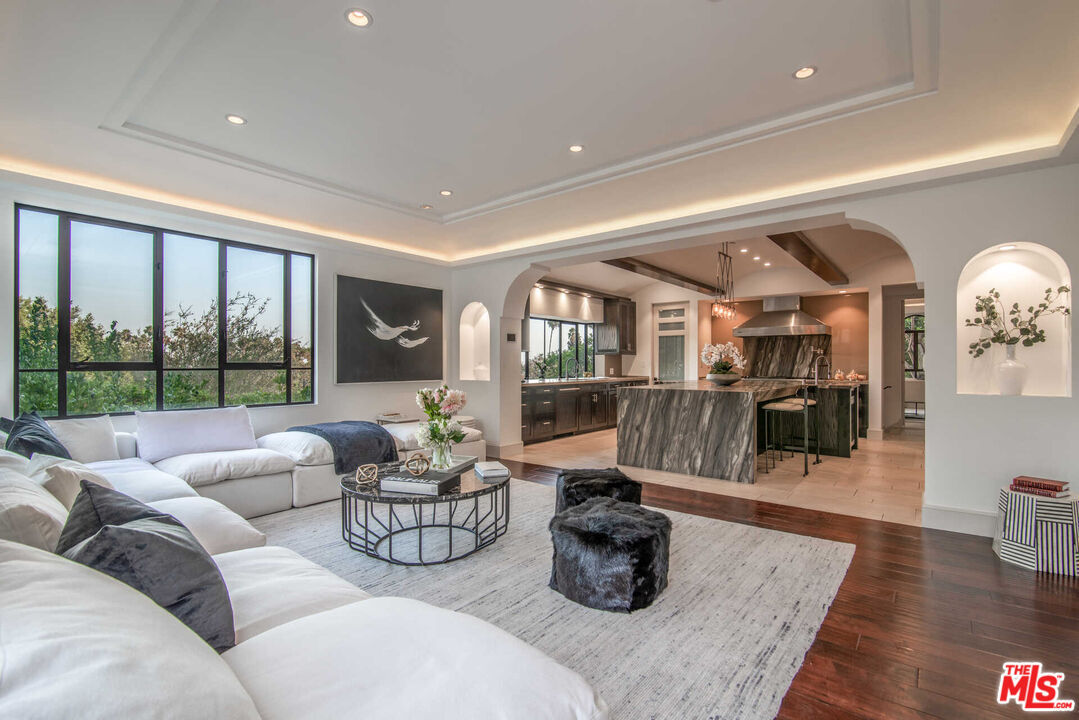 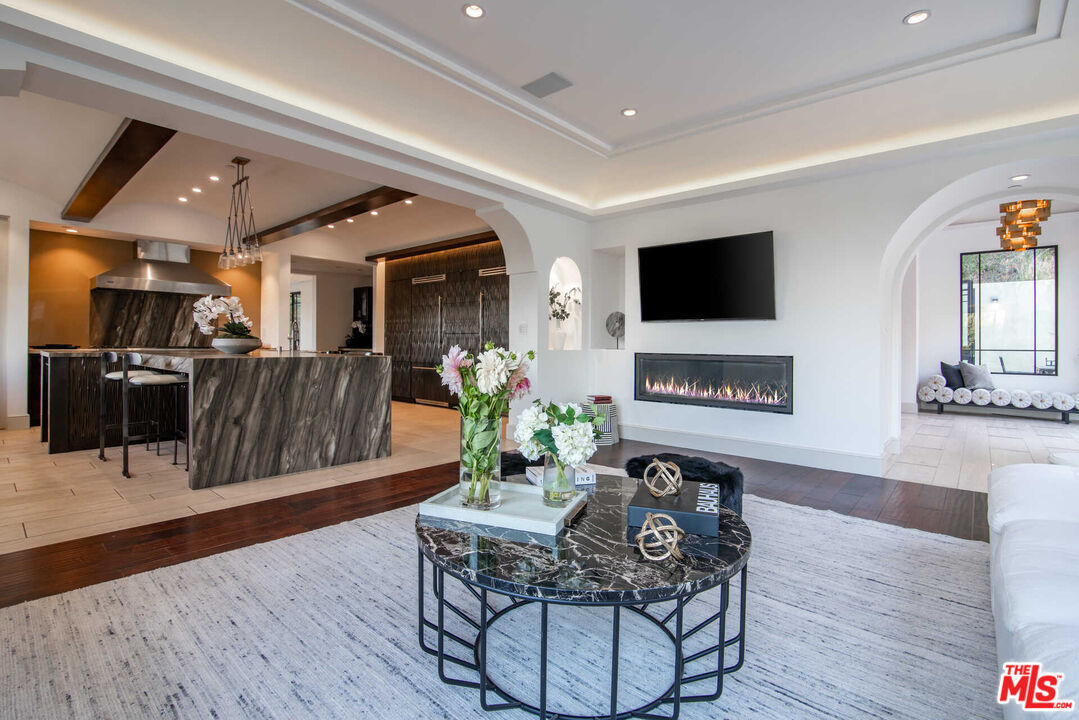 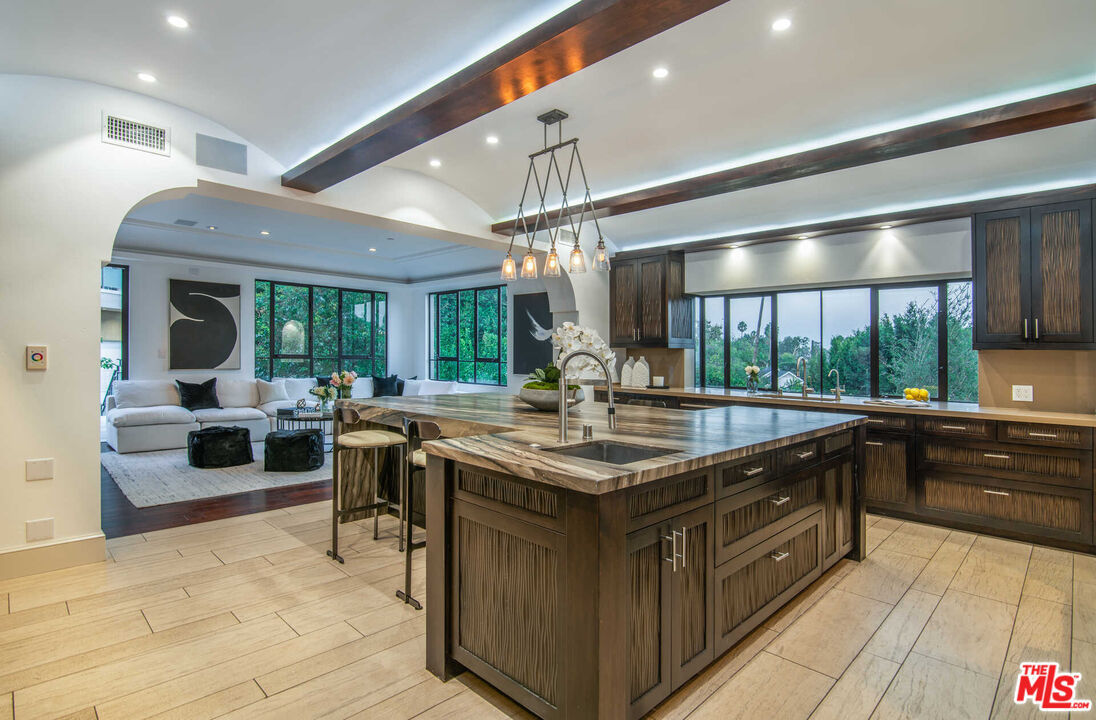 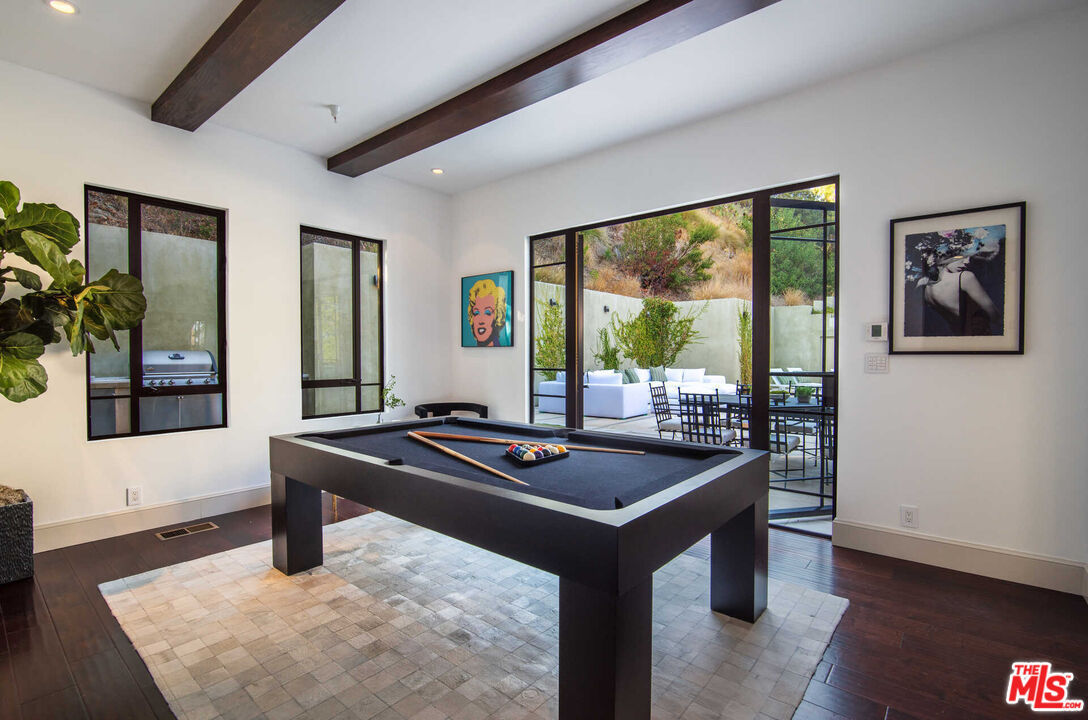 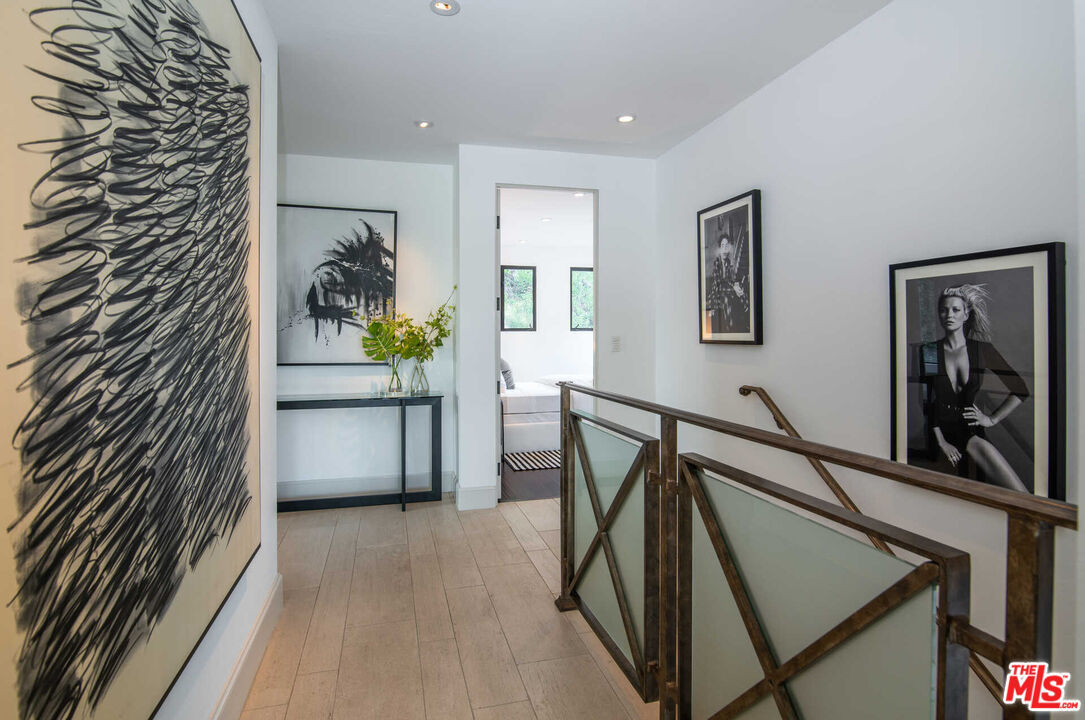 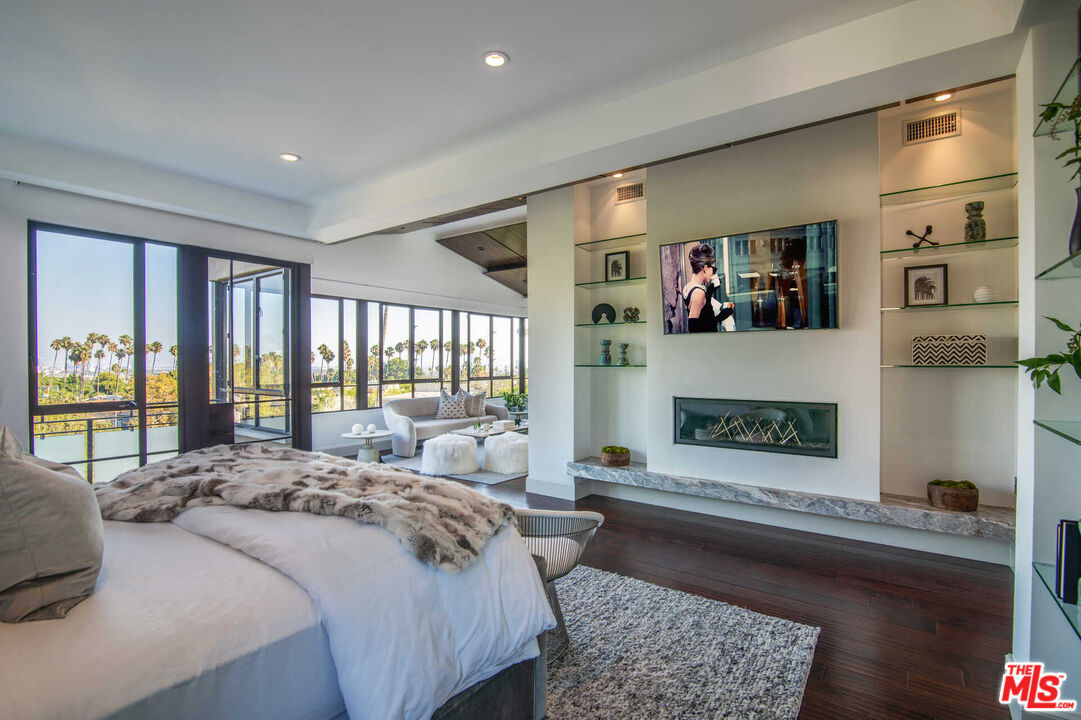 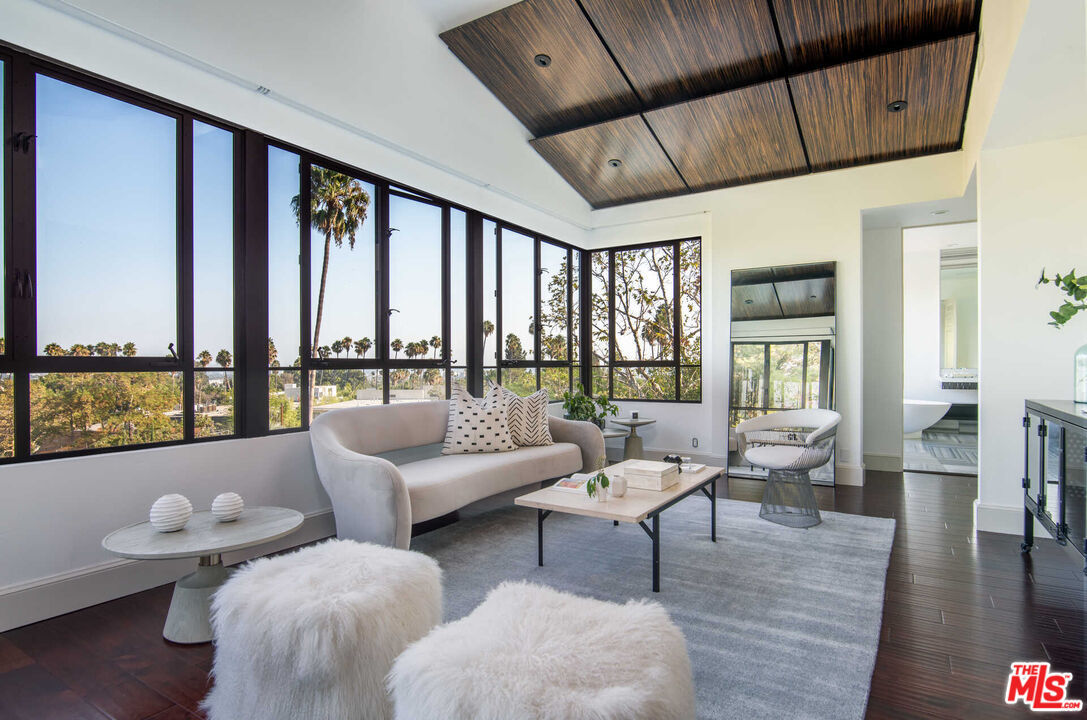 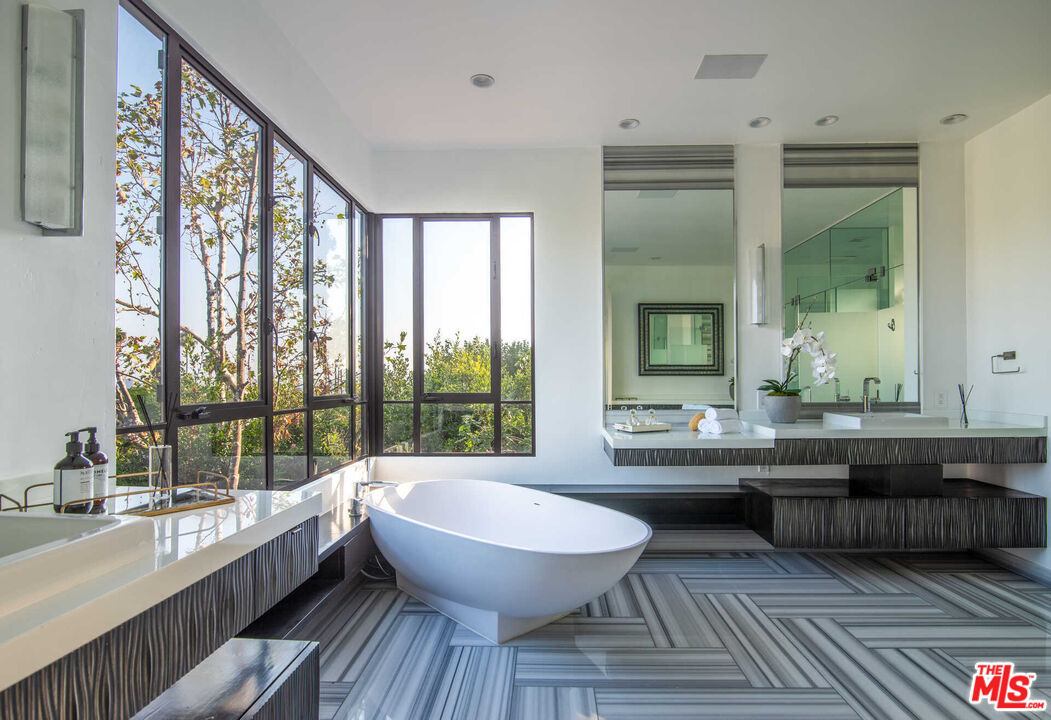 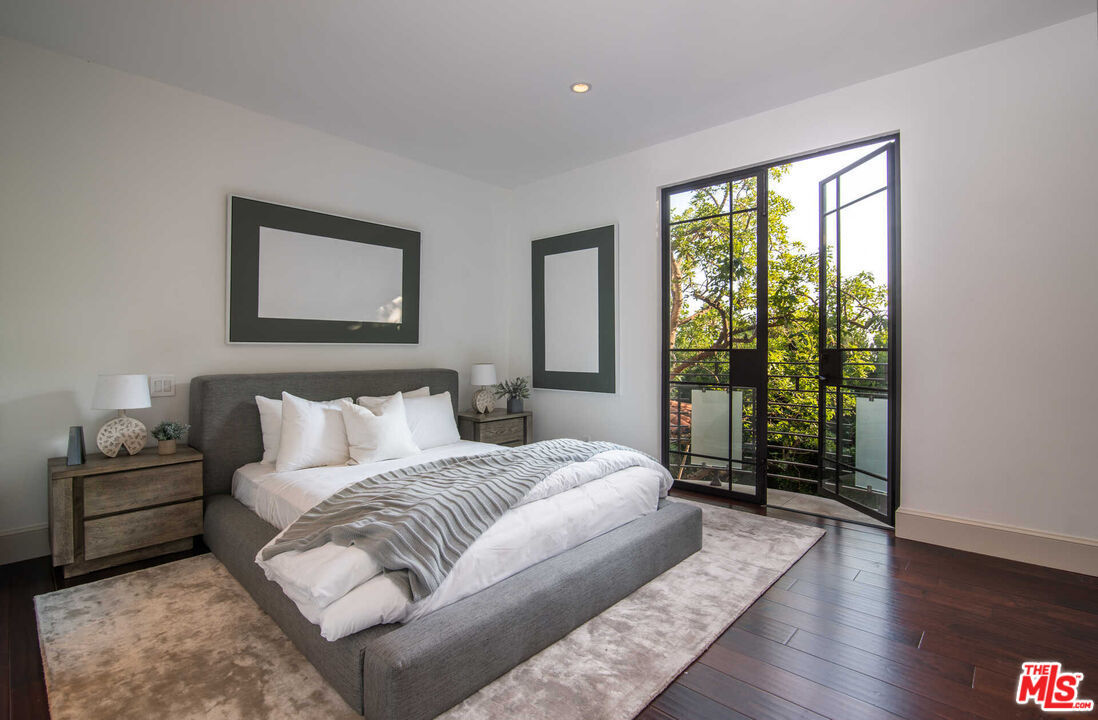 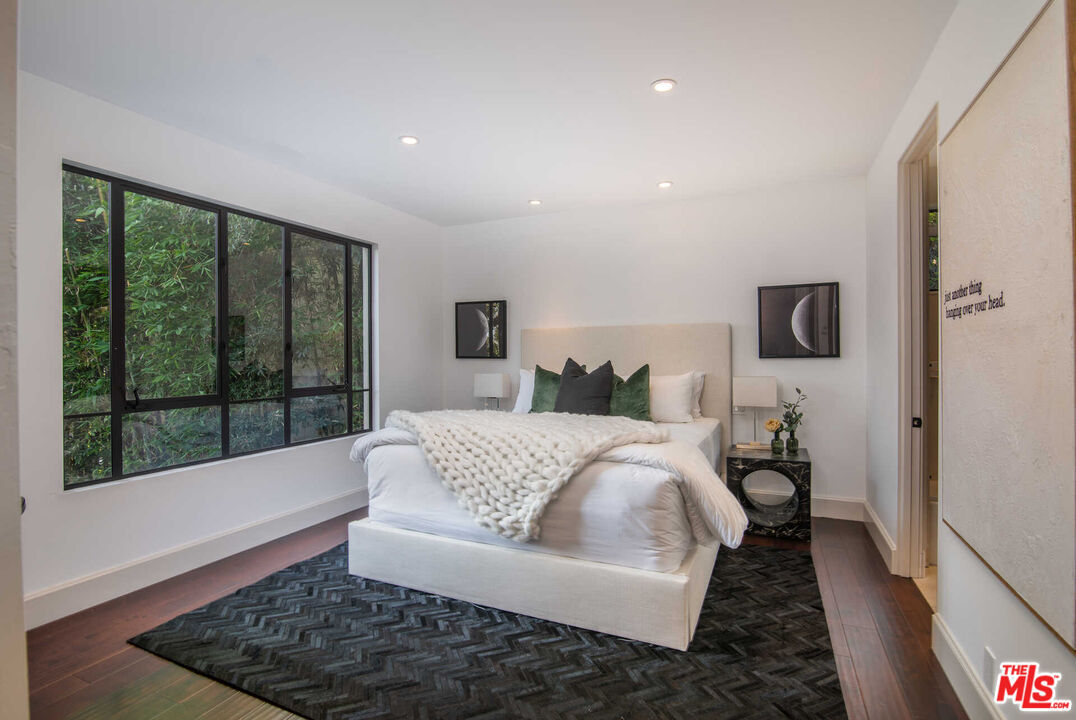 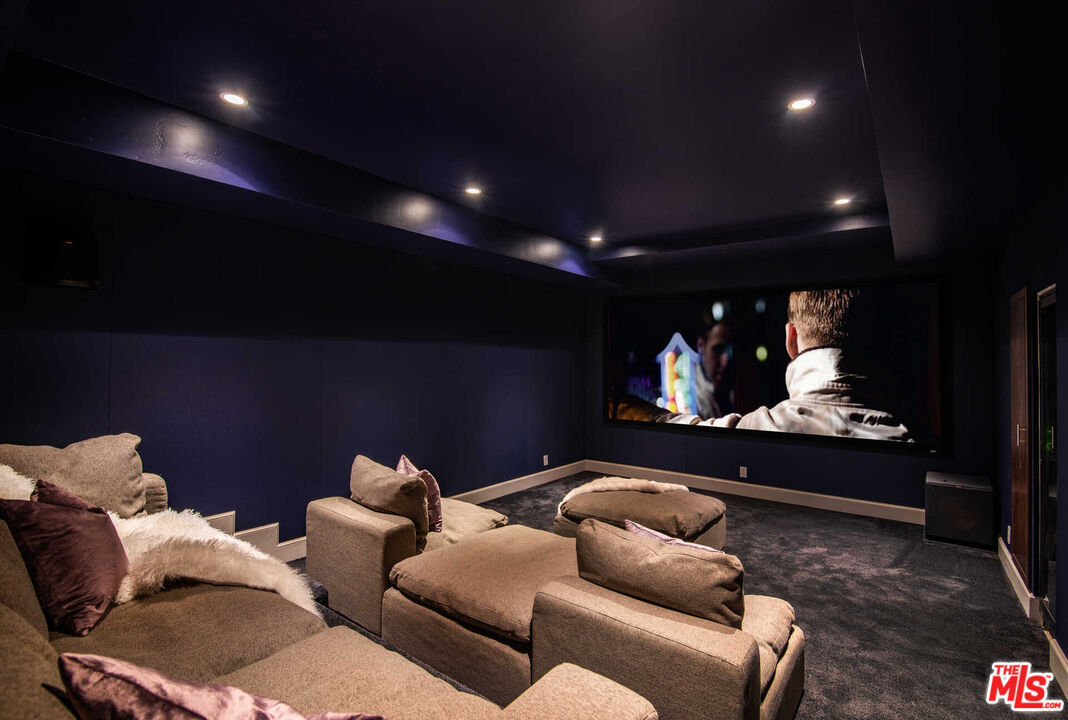 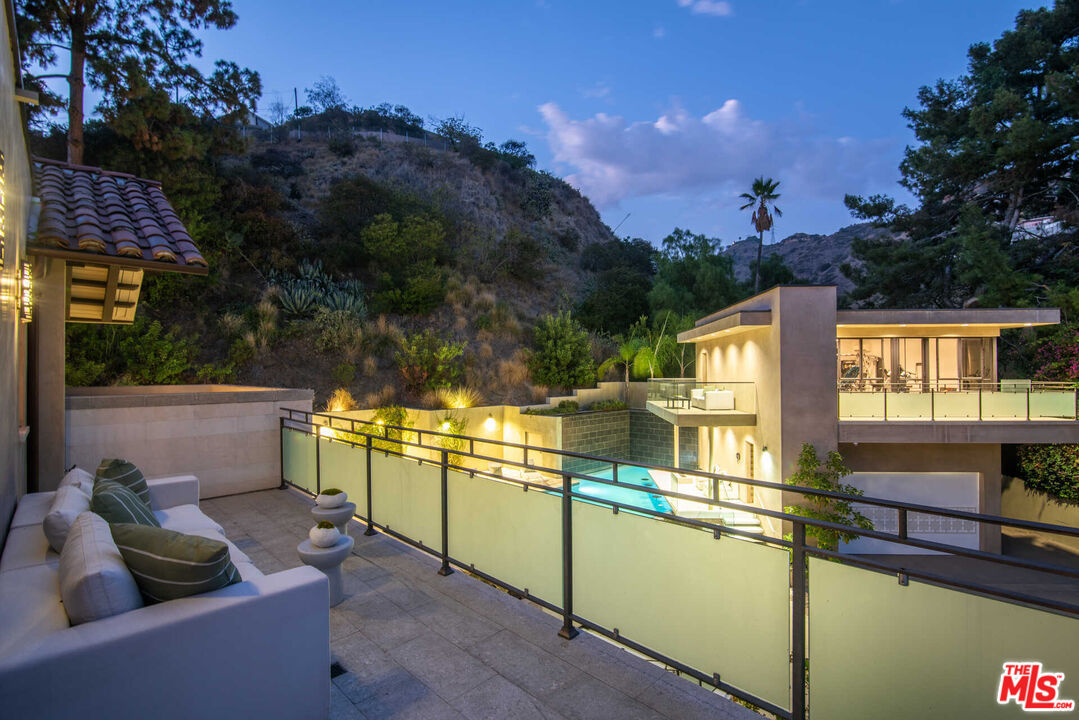 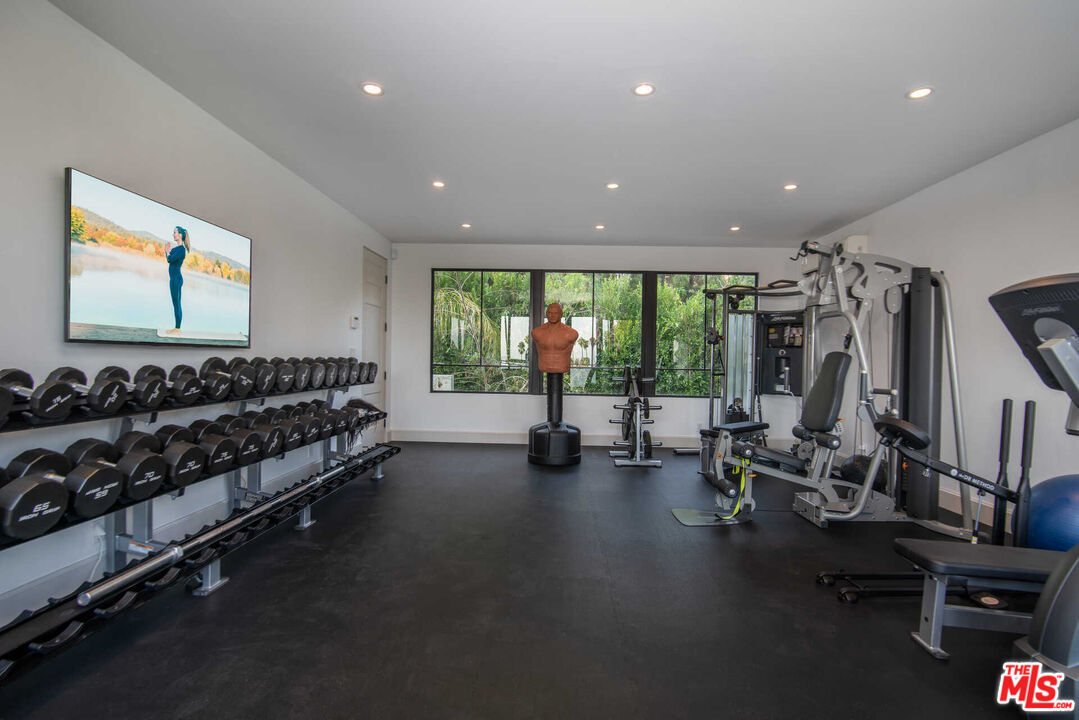 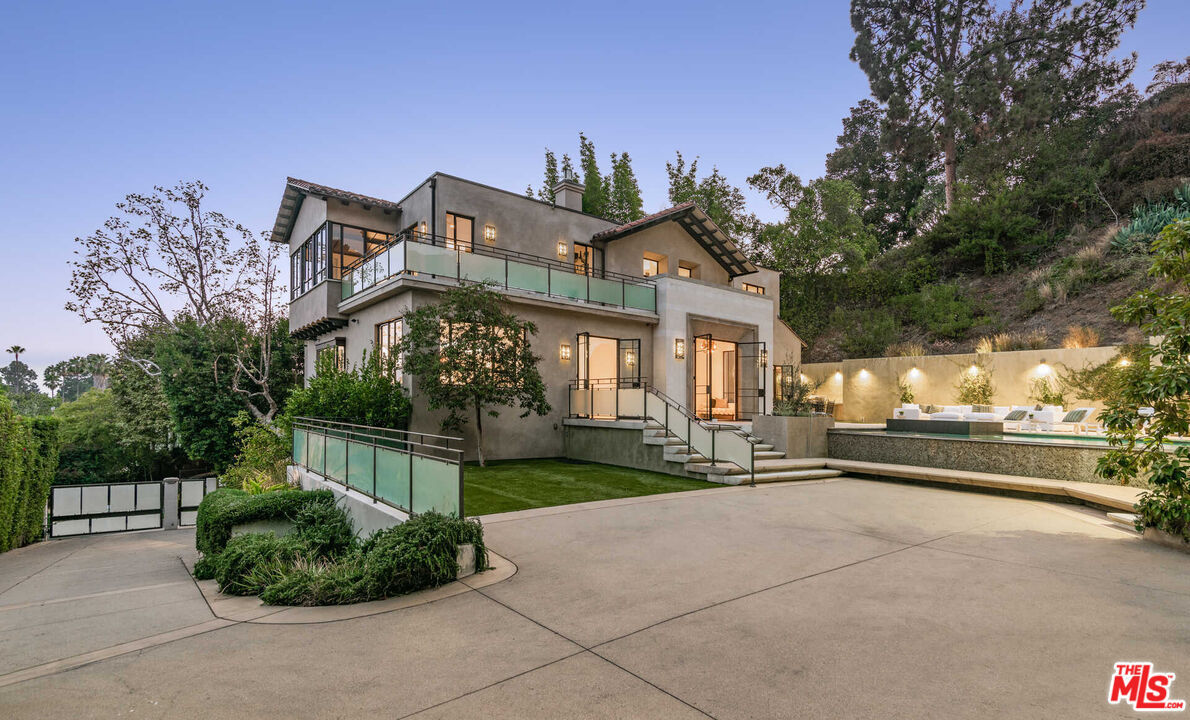 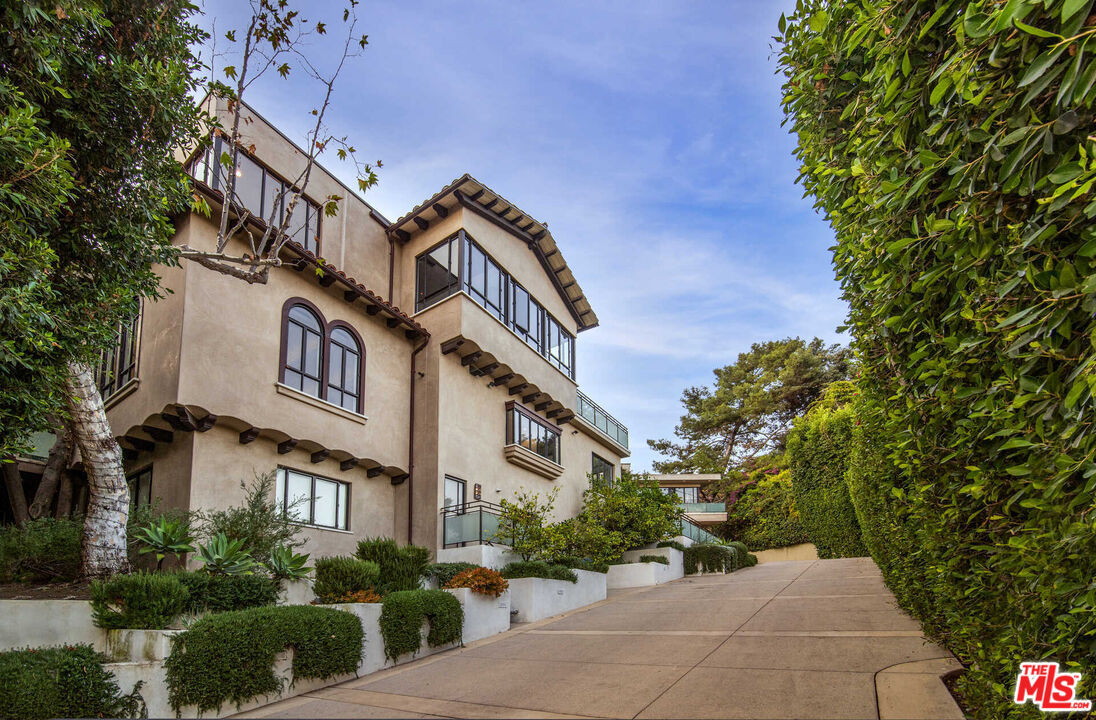 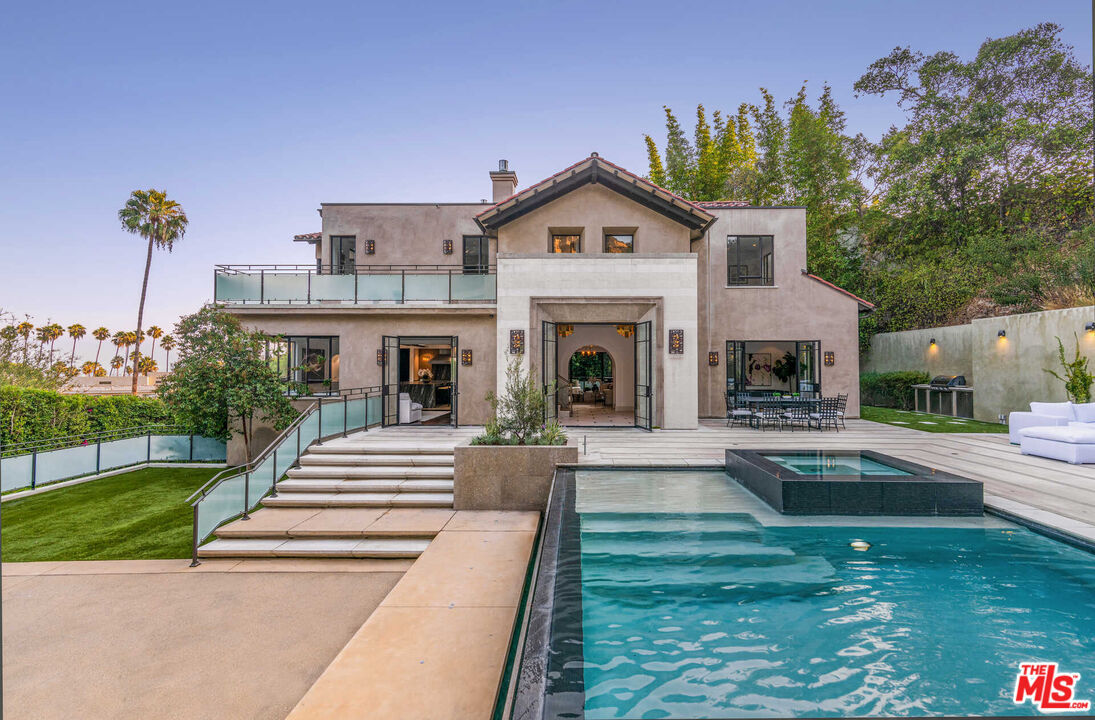