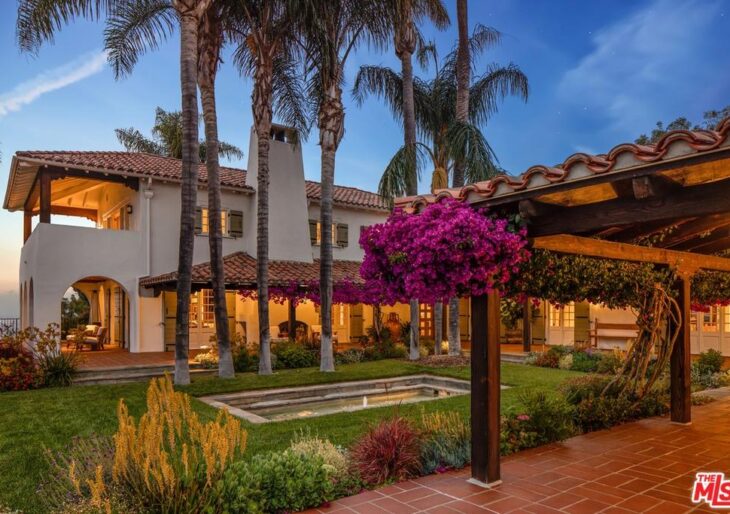 The estate follows several notable Allen-owned properties that have come up for sale in the period following his death in late 2018, including Enchanted Hill, his large undeveloped hilltop parcel in Beverly Hills which which hit the market at $150 million in 2018. A subsequent price cut left it at a more affordable $110 million. Amazon founder and CEO Jeff Bezos picked it up last year for $90 million as part of the $255 million conquest of the area. Allen’s Silicon Valley estate, located in Atherton, fetched $35.25 million within months of its late 2019 listing at $41.5 million.

The estate in question is a 1920s-built haunt of Hollywood notables, including Rock Hudson. At some point over the years it acquired a title—The Castle—and the imperious views from the property’s 3.24-acre hilltop location, as well as its 24,370 sq. ft. of living space and long list of amenities that includes a private funicular as a romantic flourish, make it an estate that lives up to its moniker.

Among the individual spaces to be found in the 9,584 sq. ft. main home: a library, a living room with exposed trussing and hardware, a gym with massage studio, and a master suite with a limestone bath. Outside, a lighted championship tennis court, a swimming pool, a two-bedroom caretaker’s house, a two-bedroom guest house and recording studio and a cinema building are among the property’s greater amenities.