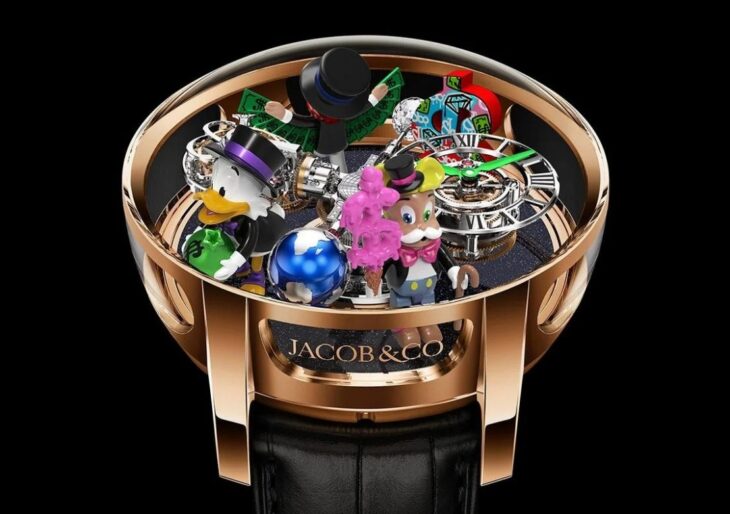 A look at the watch face does suggest the universe of the artist, with the familiar mustachioed, top-hatted Mr. Monopoly together with other characters and symbols used by Alec Monopoly. The mechanics of the watch begin with the watchmaker’s differential gears system, and includes a hand-lacquered magnesium globe and a tourbillon that rotate at regular intervals.

The colorful, super-stylized, $600,000 watch will be produced as a limited-edition run of nine examples.

Alec Monopoly’s work previously popped up in a luxuriant Malibu home, and on a Bugatti Chiron.