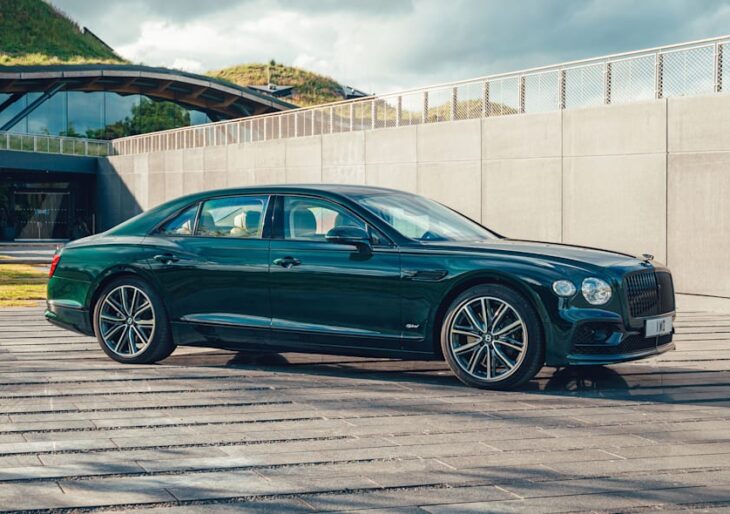 It’s been about three years since British luxury car maker Bentley rolled out its first hybrid vehicle in production version. The Bentayga was the first Bentley to get a mild hybrid treatment, beginning Bentley’s journey to a goal of all-EV by 2030. The green variant comes with an electric-only range of 18 miles and a system that defaults to EV Drive mode when turning over. It joins V8 and W12 staples in the lineup.

Now the company’s Flying Spur saloon is getting the same treatment. The model is exceedingly popular in China, where EV sales are booming so the choice of which model in the Bentley lineup would be the sophomore model to receive a plug-in version was a natural.

The Flying Spur Hybrid is more powerful than the Bentayga Hybrid; the new Bentley PHEV’s total available horsepower comes in at 536 bhp—about 550 hp—and 552 pound-feet of torque.  The powertrain essentials include a super-efficient 2.9L V6 and a single electric motor that gets its juice from a 14.1-kWh lithium-ion battery pack. The hybrid variant’s electric-only range comes in at 25 miles, and it loses a token amount of speed potential over the V8-powered Flying Spur; it can reach 60 from a standstill in 4.1 seconds on its way to a top speed of 177 MPH.

Bentley hasn’t revealed definite pricing or delivery information, but an update should be forthcoming in the third quarter. 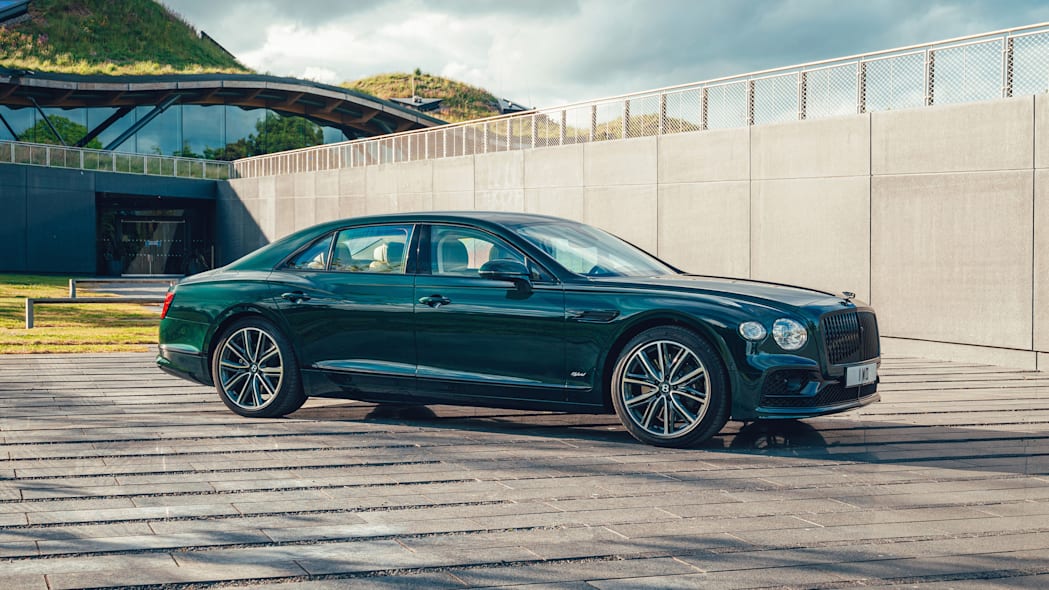 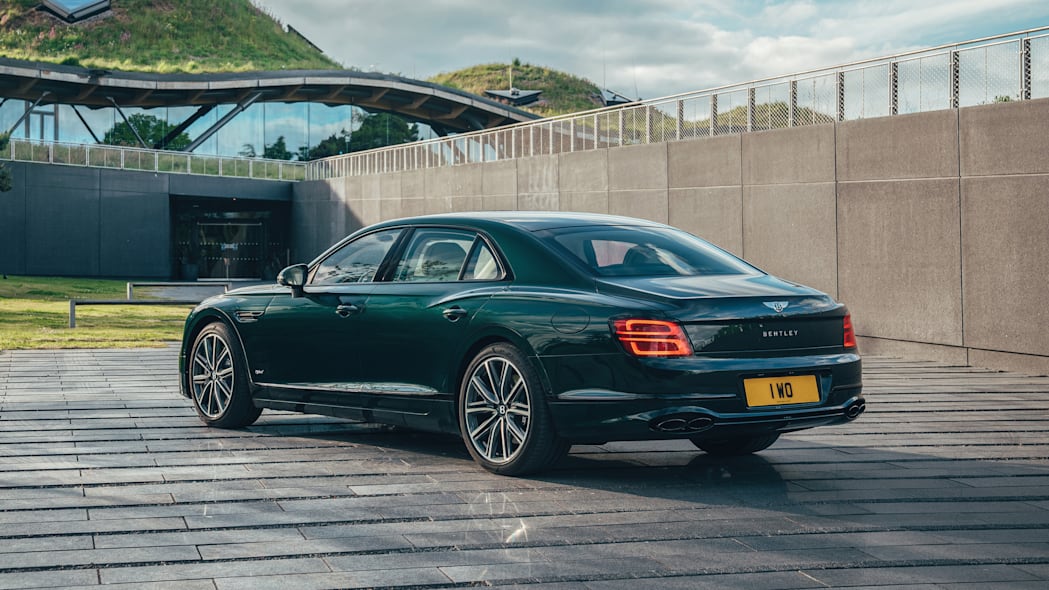 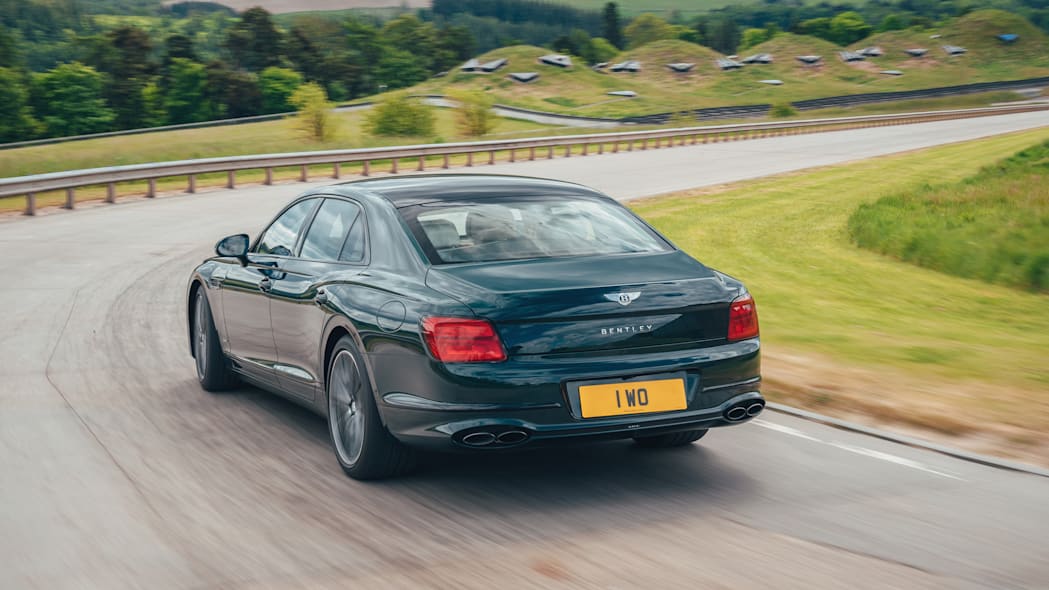 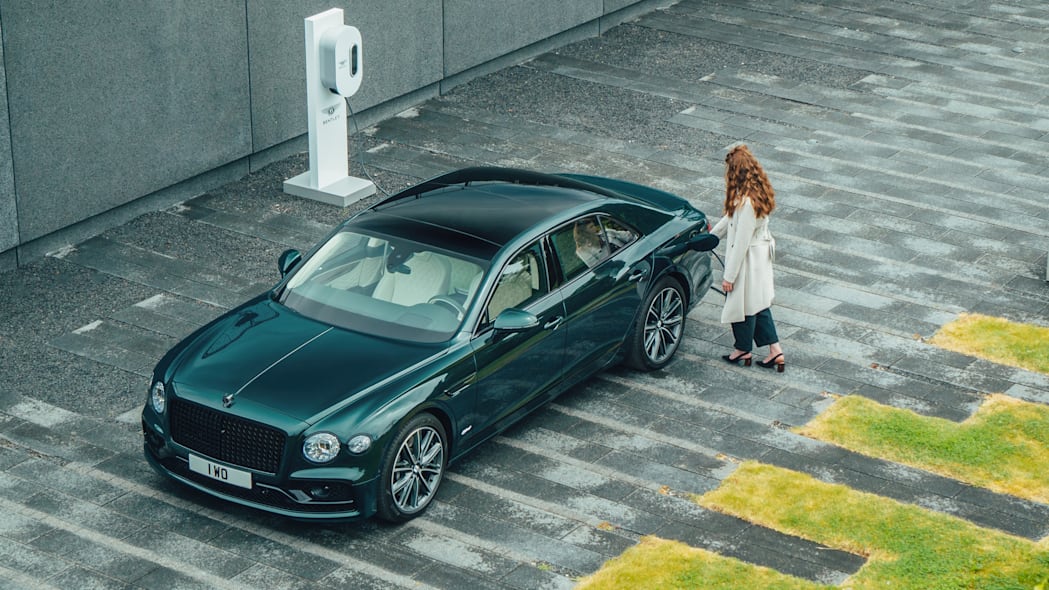 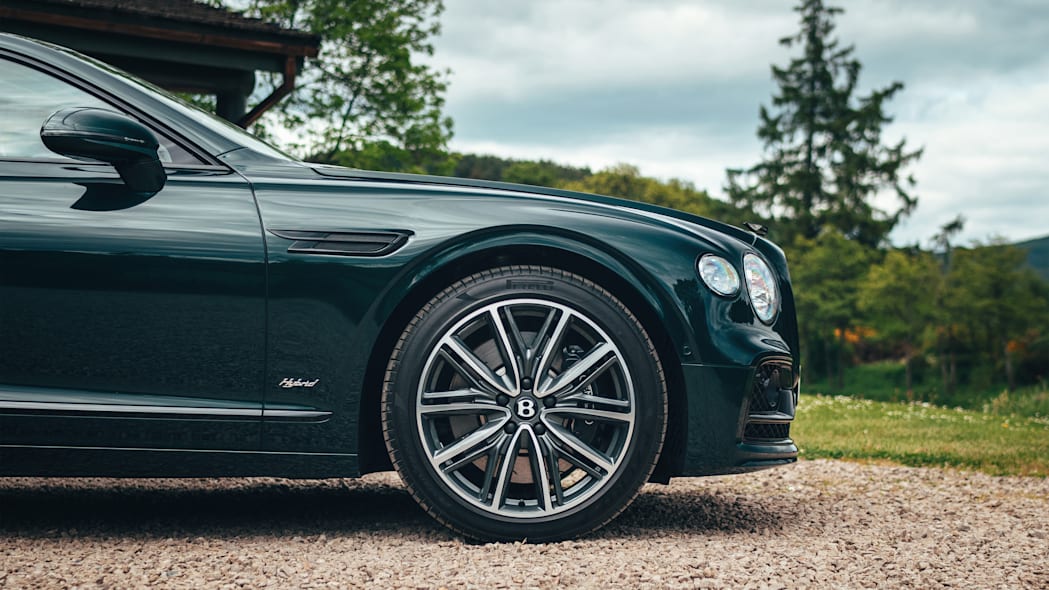