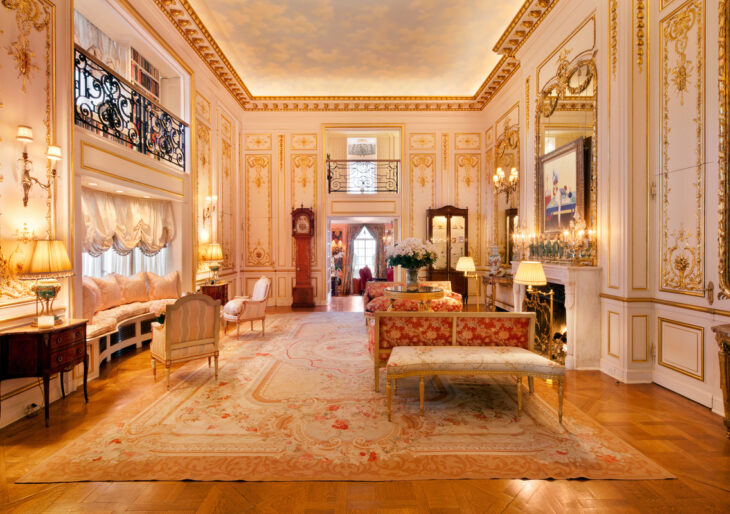 Joan Rivers’ Gilded Manhattan Triplex on the Market for $38M

The building was designed by early 20th-century starchitect and New York society darling Horace Trumbauer, who believed absolutely that dreams are just mansions that haven’t yet been built. Anyway, his houses suggest as much.

This particular dream was constructed in 1910. You might call the joint a ‘Versailles in the sky’; Rivers once commented, “People say that money is not the key to happiness, but I always figured if you have enough money you can have a key made.” Having a key made for this residence will run you $38 million or thereabouts.

Details that emerge on a tour include the set of wrought-iron entry gates and stone staircase in the mezzanine, 18th-century French panels, millwork, gilding, molding—dentil molding is a commonplace in the uncommon space—parquet flooring, and wood burning fireplaces with carved stone surrounds. Extraordinary rooms include the library, and the landscaped terraces that overlook the Park and the City.

Rivers called the unit home for over two decades. She passed away in 2014.