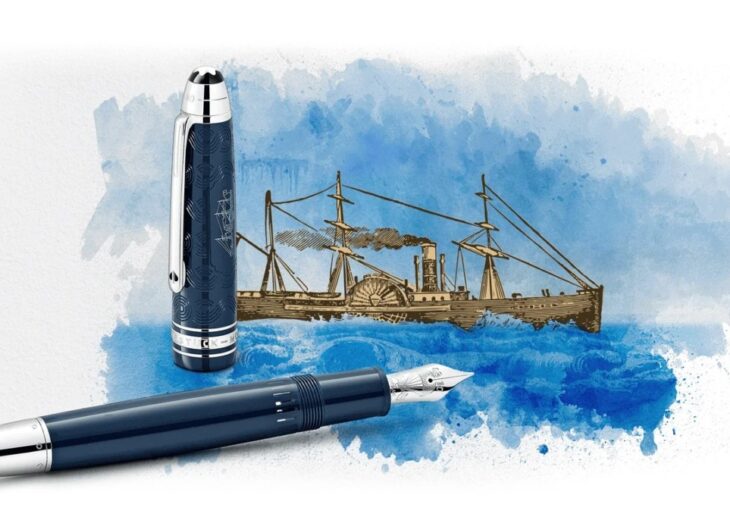 Montblanc’s most recent pocket travel-log is both literary and wanderlust-inspiring. The Around the World in 80 Days set recalls the great bet and subsequent voyage undertaken by P. Fogg and his inventive right hand man Passepartout courtesy of the imagination of Jules Verne.

Montblanc focuses on the romantic elements of the fictional voyage. The simplest design is the ballpoint, with a barrel in blue precious resin and a clip sporting one of the four playing card suits, while the top of the scribbler’s hierarchy is occupied by the Solitaire LeGrand Fountain Pen in blue translucent gradient lacquer. At just over $500, the entry-level was destined to depart quickly; the $2K Solitaire LeGrand fountain pen followed suit.

Still available are a few additional homages to the spirited literary jaunt, however. Among them is the Doué Classique rollerball, which features a blue precious resin barrel and a milled ocean wave-pattern cap, and the LeGrand fountain. Accessories include a themed inkwell, a journal, and a watch—we’re trusting it keeps good time, as there was 20,000 pounds on the line for Mr. Fogg.