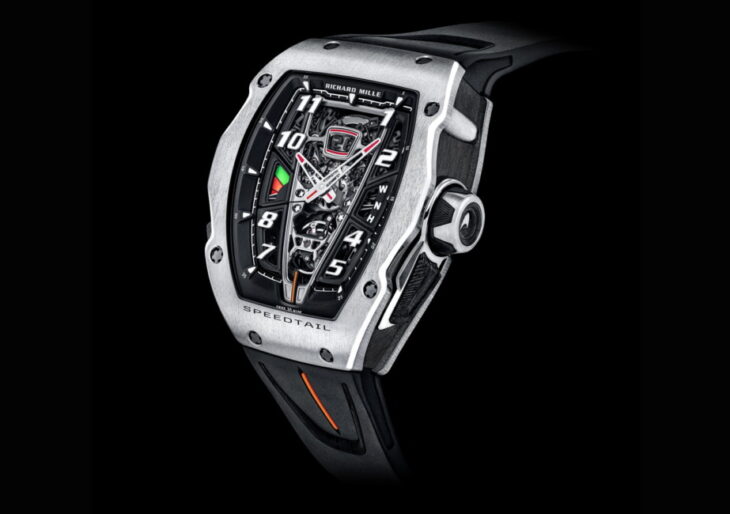 The McLaren Speedtail remains one of the most achingly attractive recent hypercars, and an ecologically responsible one to boot. One of Swiss firm Richard Mille’s newest timepieces takes the daringly designed hybrid sportscar of the now and uses it as a benchmark for a watch. The company calls the catalog entry the RM 40-01 Automatic Tourbillon McLaren Speedtail.

The 1,070-horsepower parallel hybrid powertrain and aero design of the McLaren is given its due in the Richard Mille RM 40-01, which features a teardrop shape that recalls the graceful and seemingly endless lines of the car’s back, as well as an automatic caliber—the CRMT4—with a variable-geometry rotor, a display for the 50-hour power reserve, and large date and function selector complications.

Grade 5 titanium is used extensively in the RM 40-01—it has the mercurial, metallic look, the strength, and the lightweight qualities desired. There’s a modicum of aluminum and vanadium in the alloy, which is used in the aerospace industry, among others.

Examples to be produced: 106—the same as the number of McLaren Speedtails produced. Price: a little over $1 million at current exchange rates.