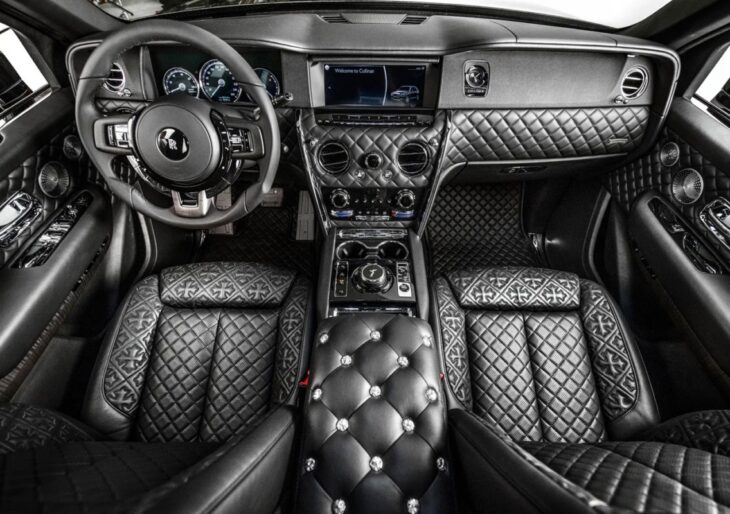 You might be forgiven for concluding that Dr. Phibes was riding again, in style, before a franchise reboot. But it’s actually Canadian-born rap and R&B star Drake who’s likely to be behind the wheel of this customized Cullinan.

The Rolls Cullinan already looks vaguely menacing, and this custom job puts the additional symbolism and color scheme into the picture for a total atmosphere, inside and out. The job was dreamed up by Chrome Hearts.

The project was a year in the making; the craftsmanship is evident in the custom hood ornament — a trio of crosses—and the interiors, which boast black leather upholstery that’s embossed and padded. The aluminum rims have been etched with a sentiment which can be considered romantic or antagonistic, depending on the social context.

Putting the finishing touches on the Cullinan: another Chrome Hearts touch or two, and a sun visor bearing the name of the SUV’s owner.

Drake’s no stranger to decadent automotive statements; his previous purchases include a Lamborghini Aventador Roadster, a Mercedes-Benz SLR McLaren, and a Ferrari LaFerrari.

Drake is one of the best-selling musicians in the world, with over 170 million records sold. He has released five studio albums; all have topped the charts in the U.S. and Canada. His sixth studio album, Certified Lover Boy, is expected to be released this year. 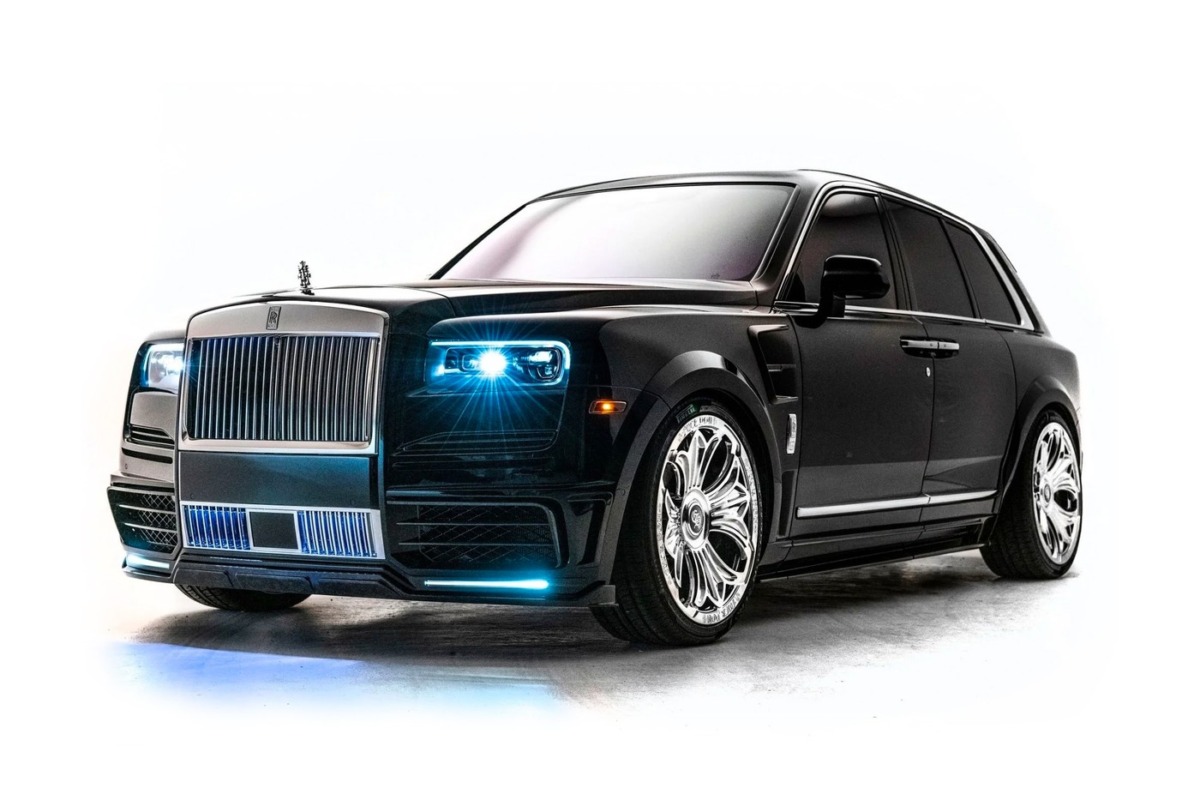 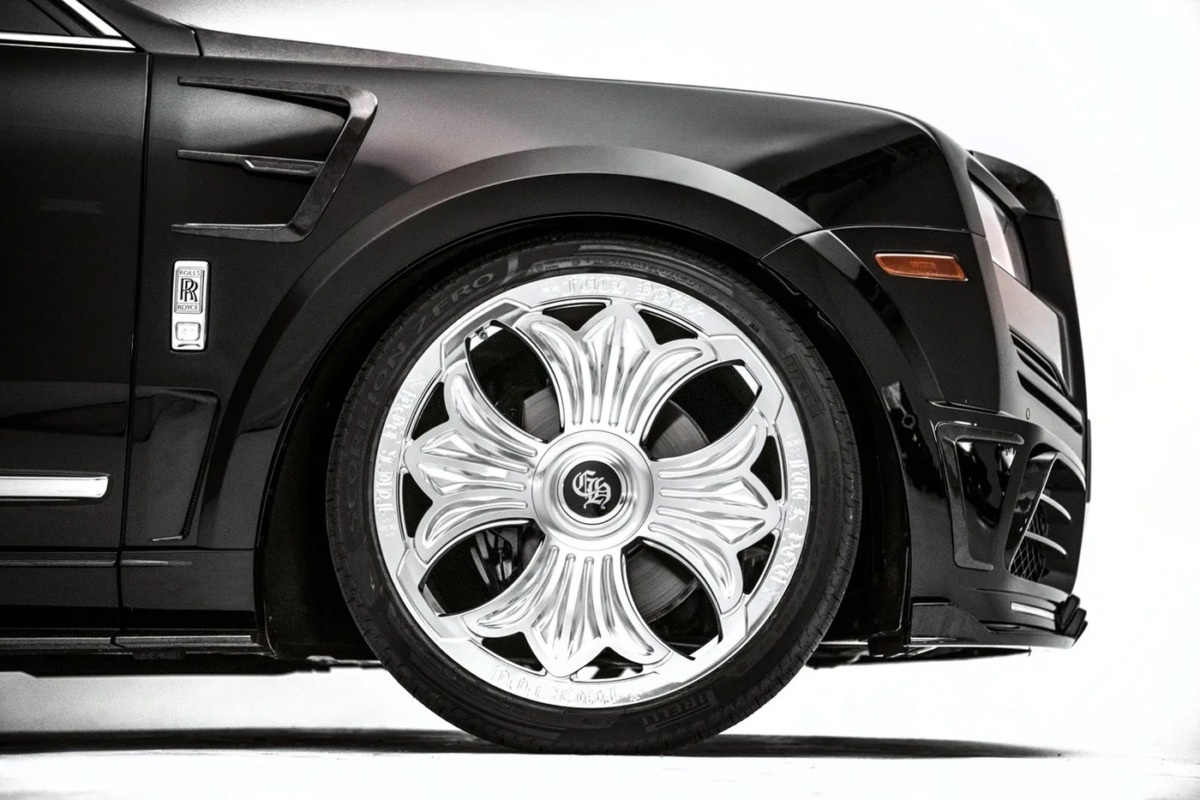 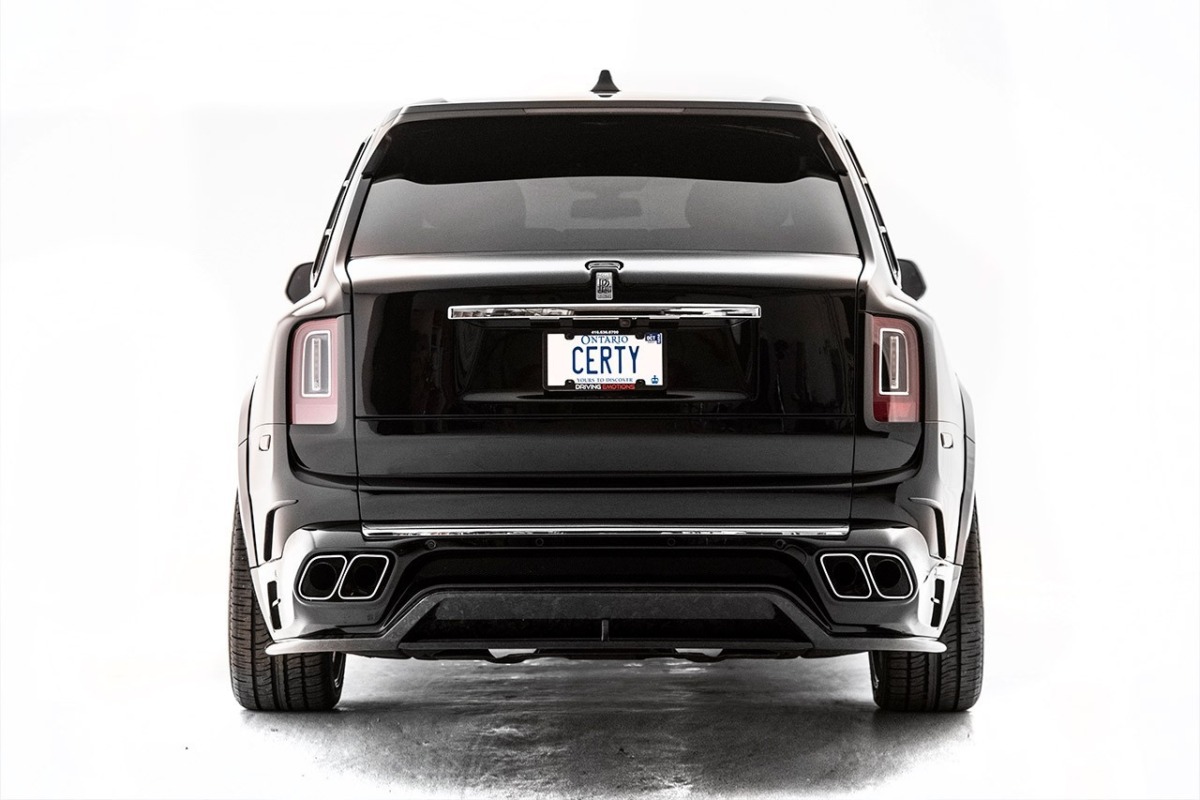 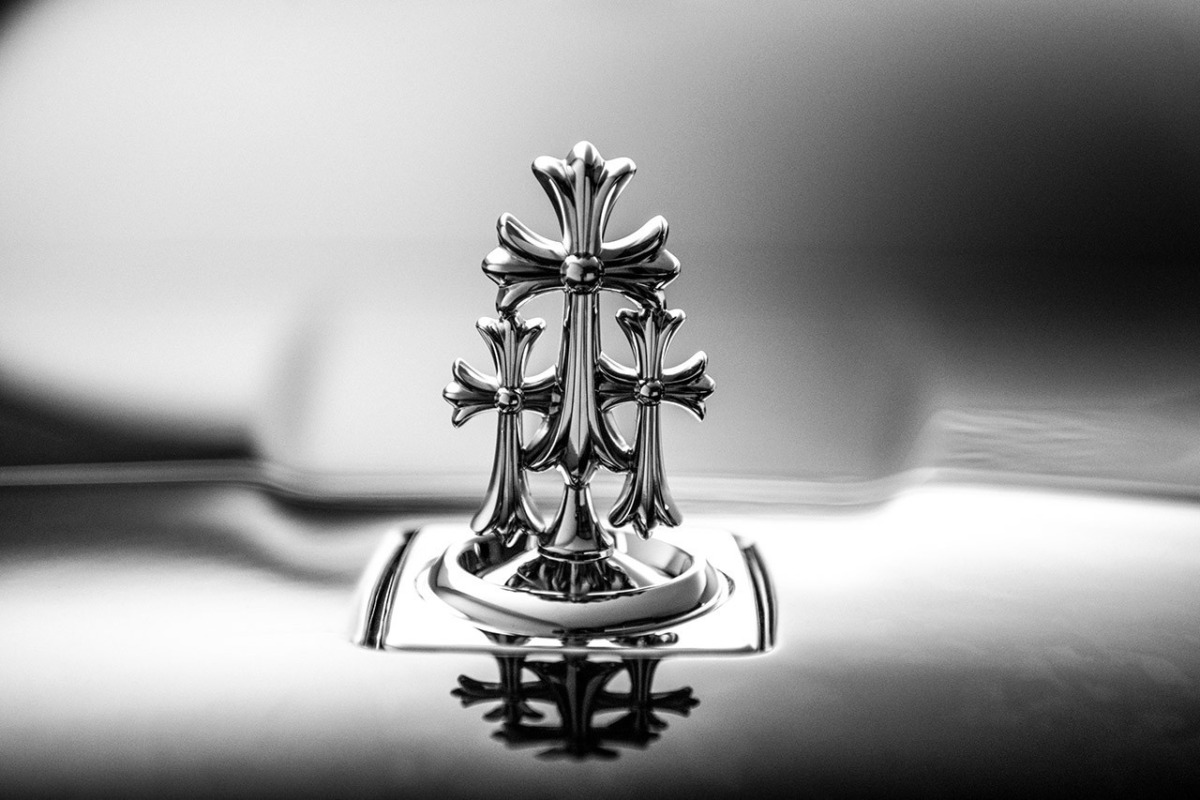 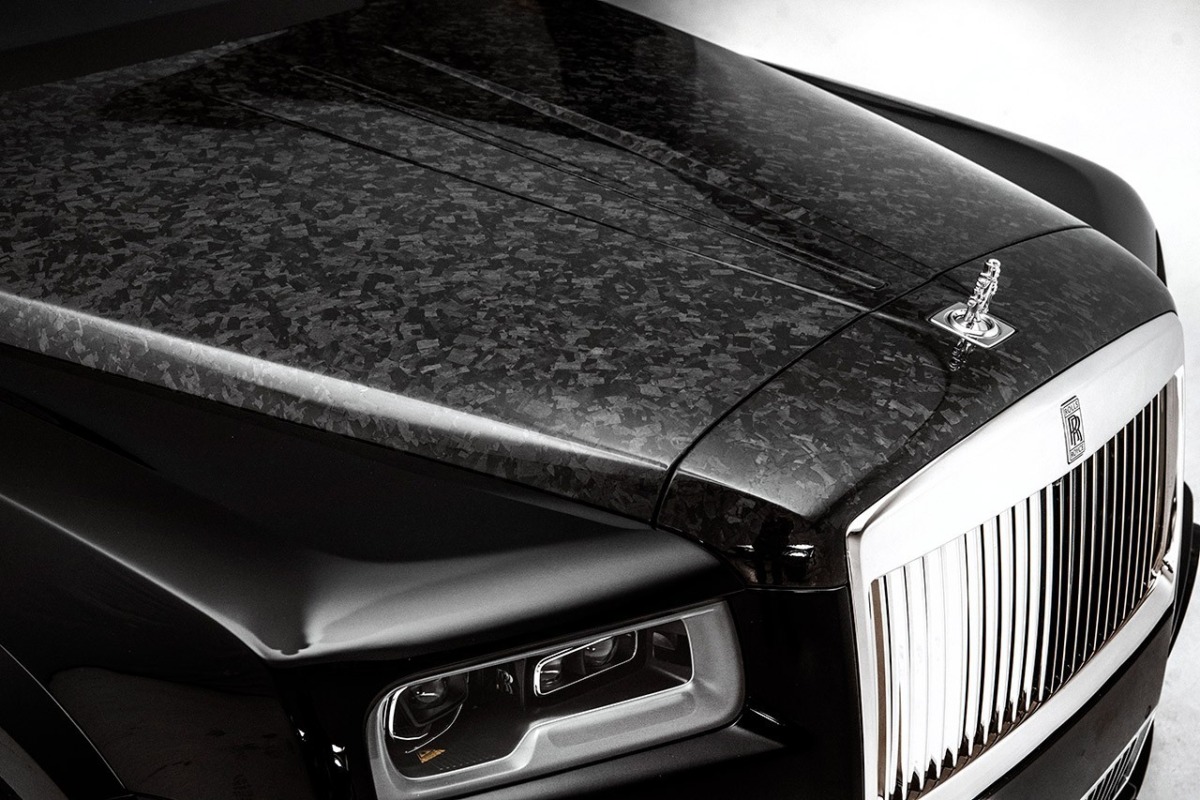 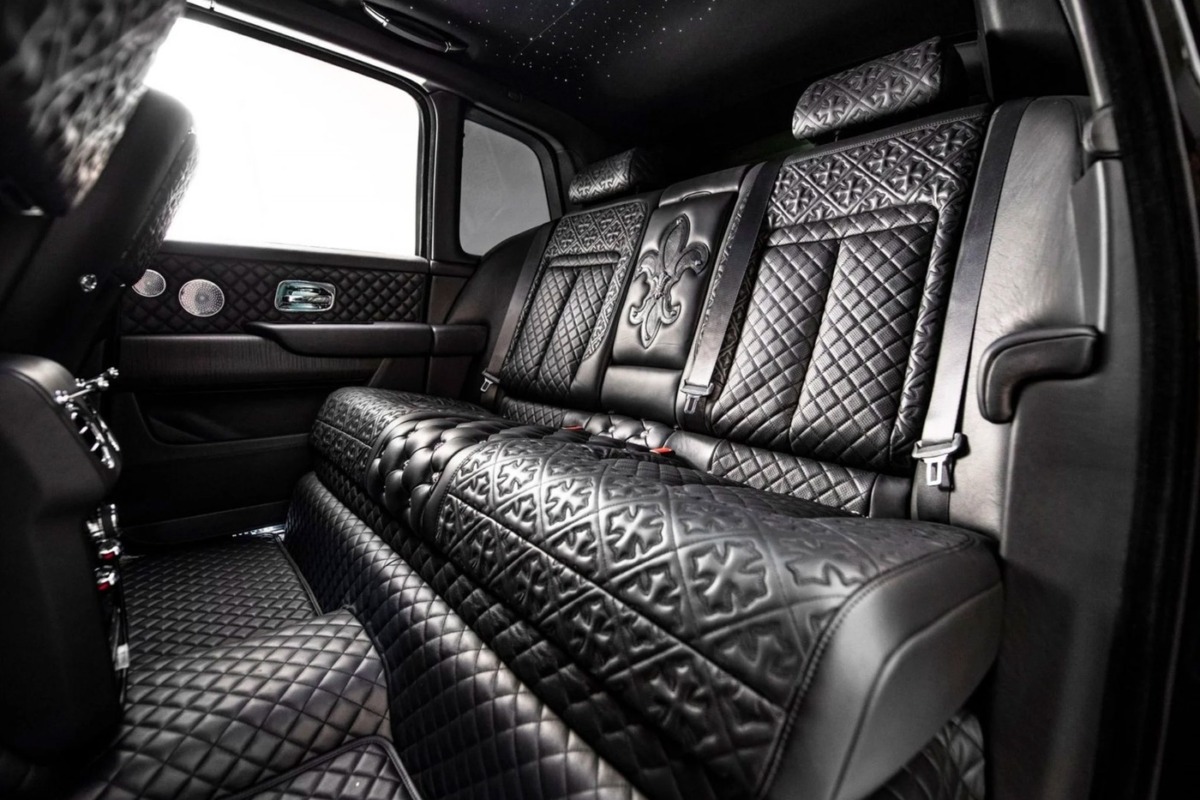 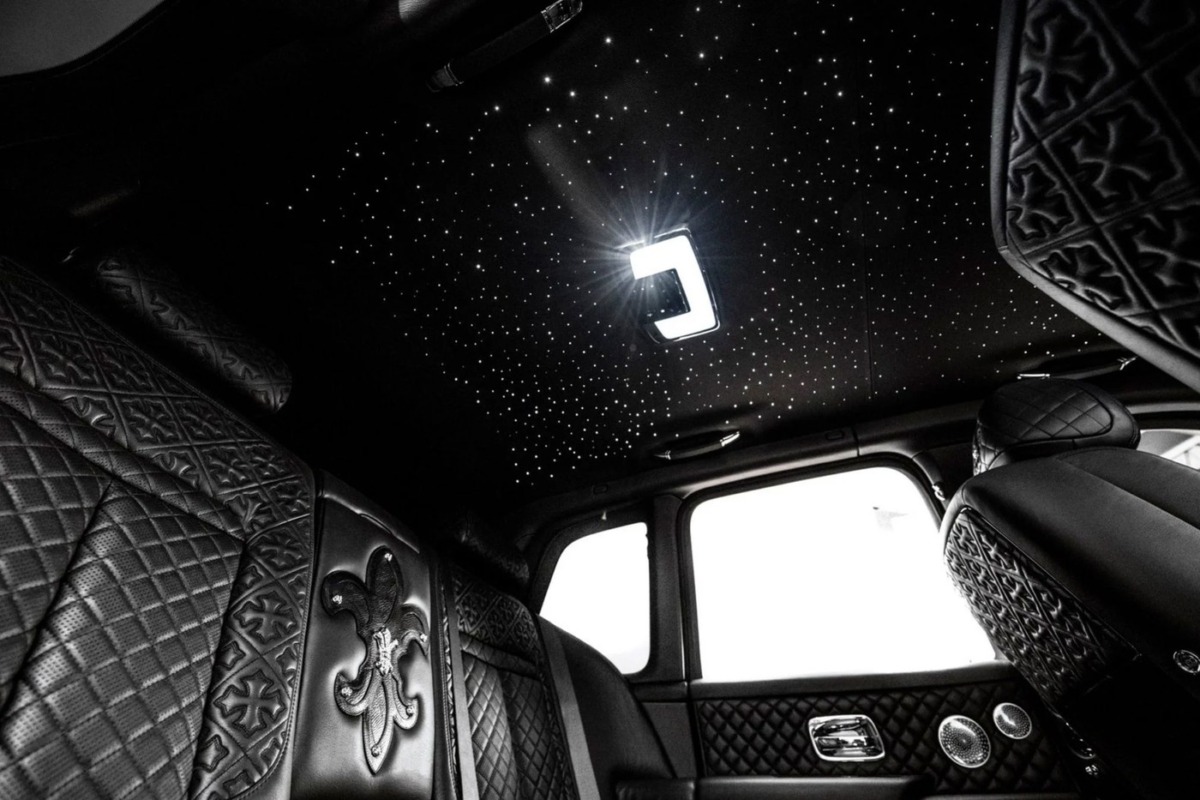 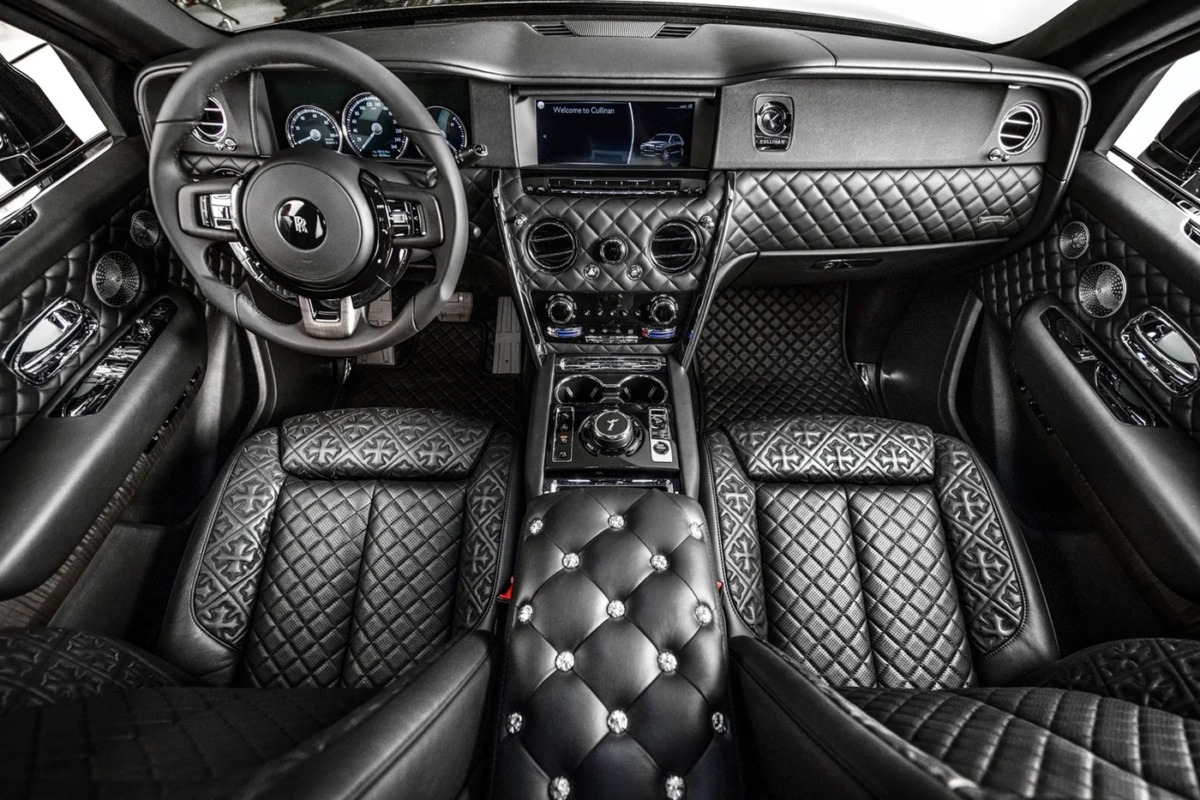 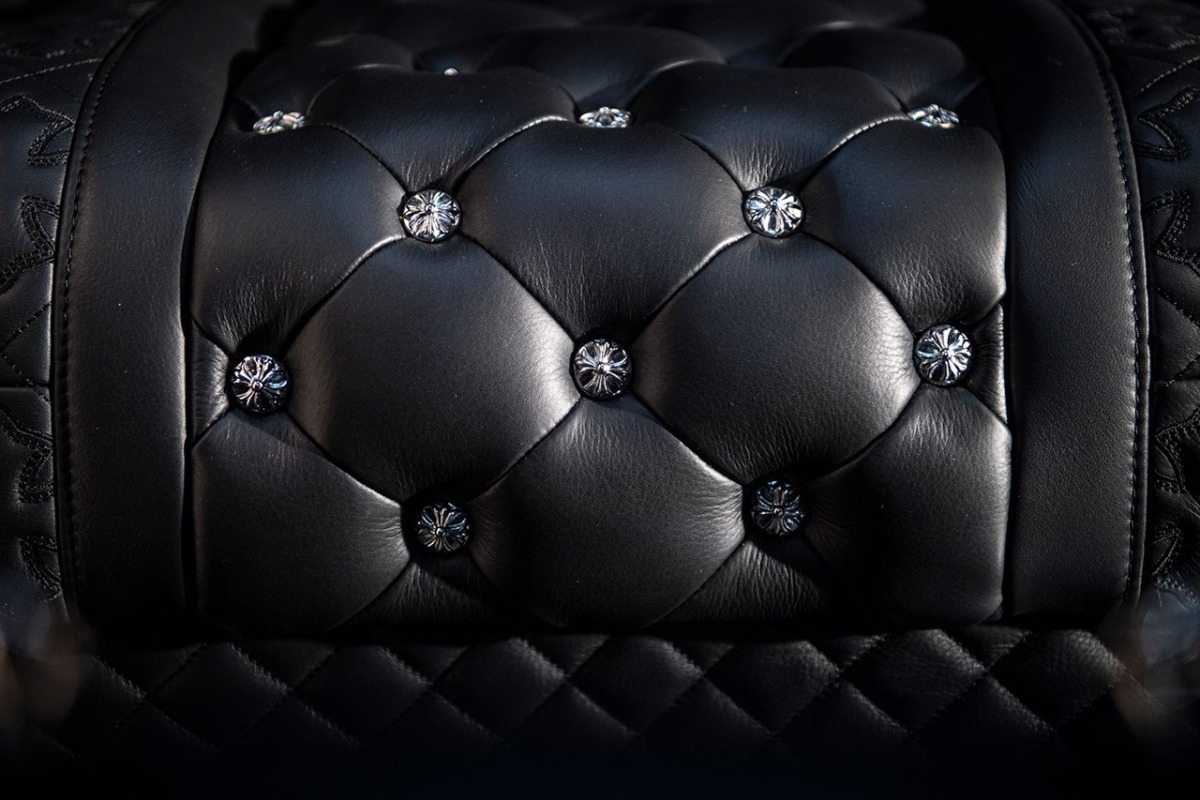 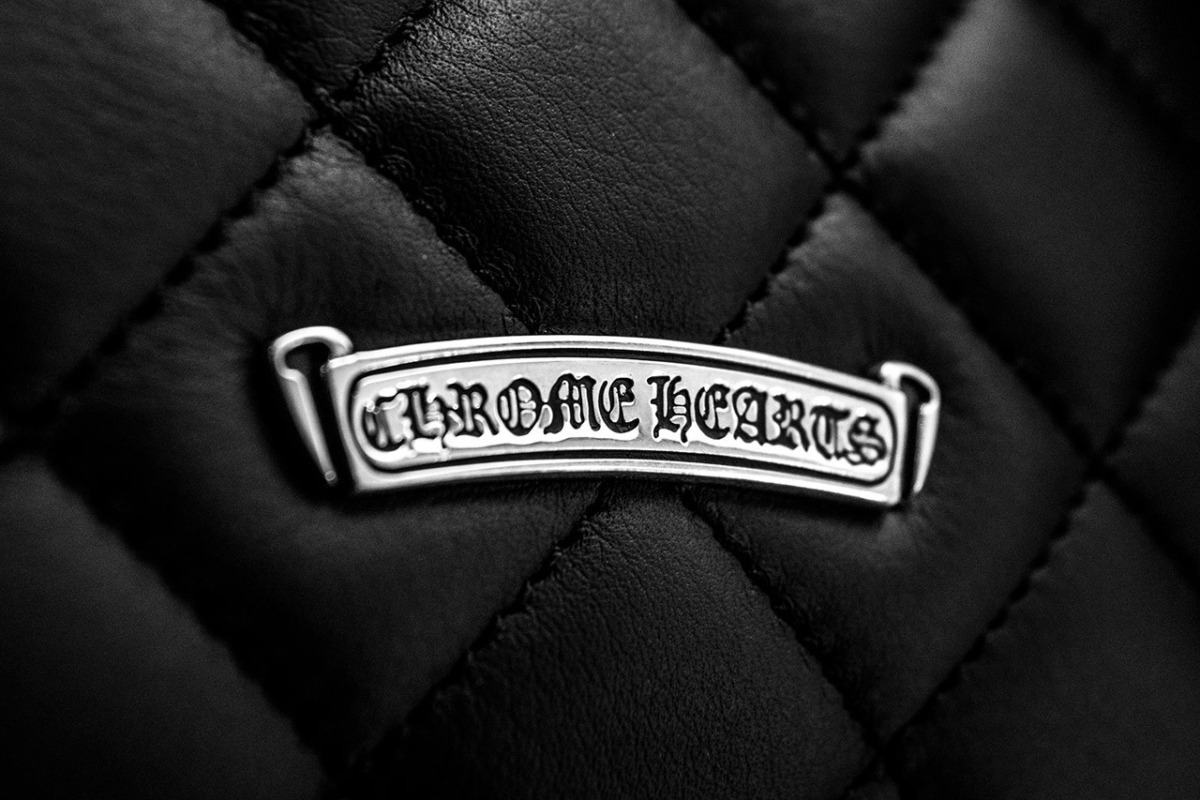 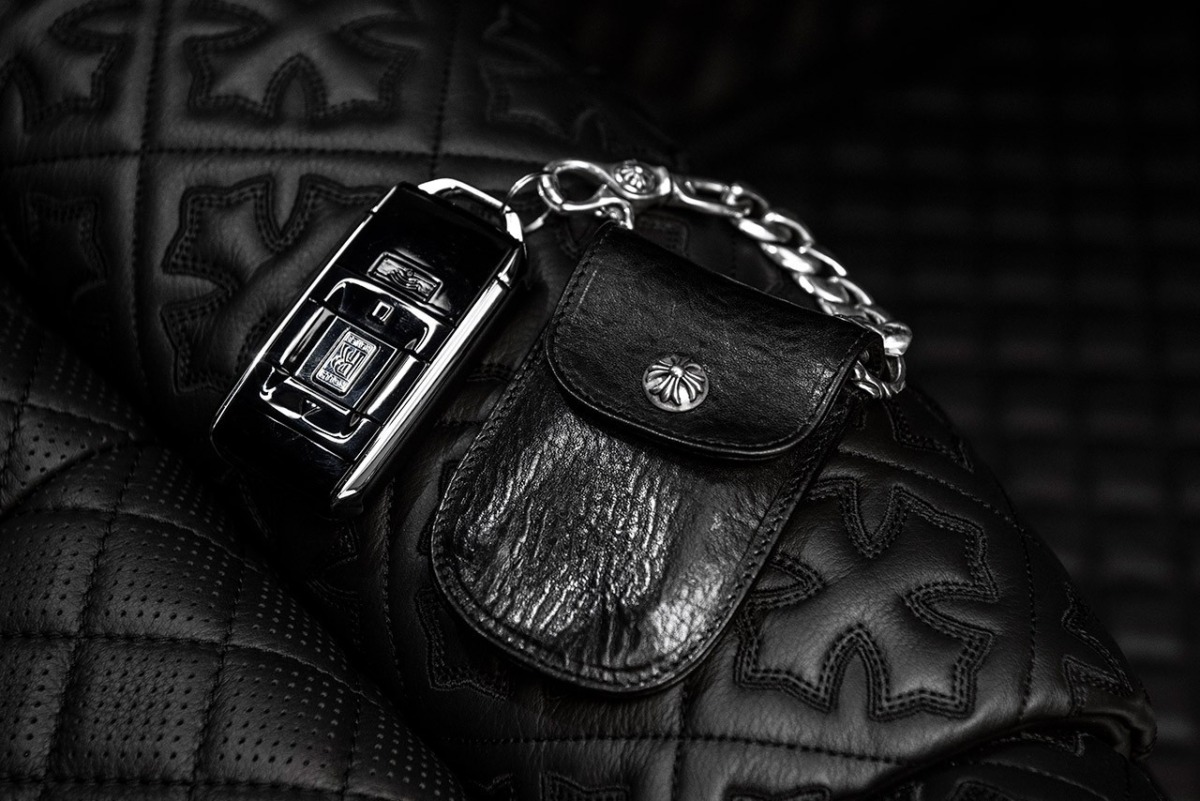 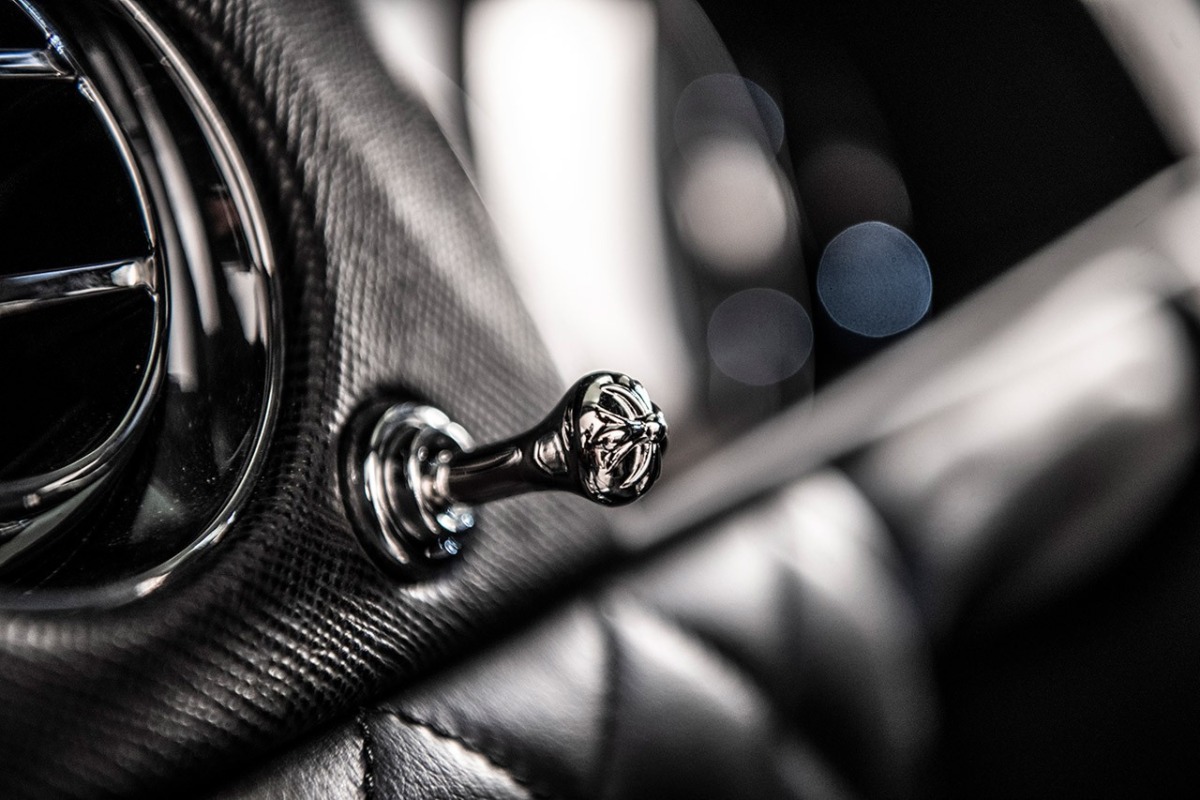