Matthew Perry’s ‘Mansion in the Sky’ Penthouse in L.A. Available for $23M, Down From $35M Original Ask

The Century City penthouse of Matthew Perry is back in the real estate news this spring, with a price trim that brings its ask down to $23 million. A bit close to the knuckle for the actor and playwright, who dropped $20 million for it back in 2017.

Earlier this winter, Perry’s beach house in Malibu sold after about six months on the market; the property had been listed in August of last year at $15 million, and ultimately went to its new owner in exchange for $13.1 million. But the full-floor ‘mansion in the sky’ that crowns the Century building has proven more difficult to market, and its listing price has dropped steadily since it was first offered by Perry for a sanguine $35 million back in the summer of 2019.

The interiors are the work of LM Pagano. Remarkable in their graceful fluidity, the living spaces of the condo unit measure in at 10,000 sq. ft., and are given a lush feel that matches the midcentury influence and loft-like openness at work here. Textures abound, and culminate in a home theater that looks just the ticket for enhancing cinematic fantasy.

The four-bedroom property’s interior living spaces are complimented by a quartet of terraces, each offering its own eagle’s-eye perspective on Los Angeles, local environs, and the Pacific. 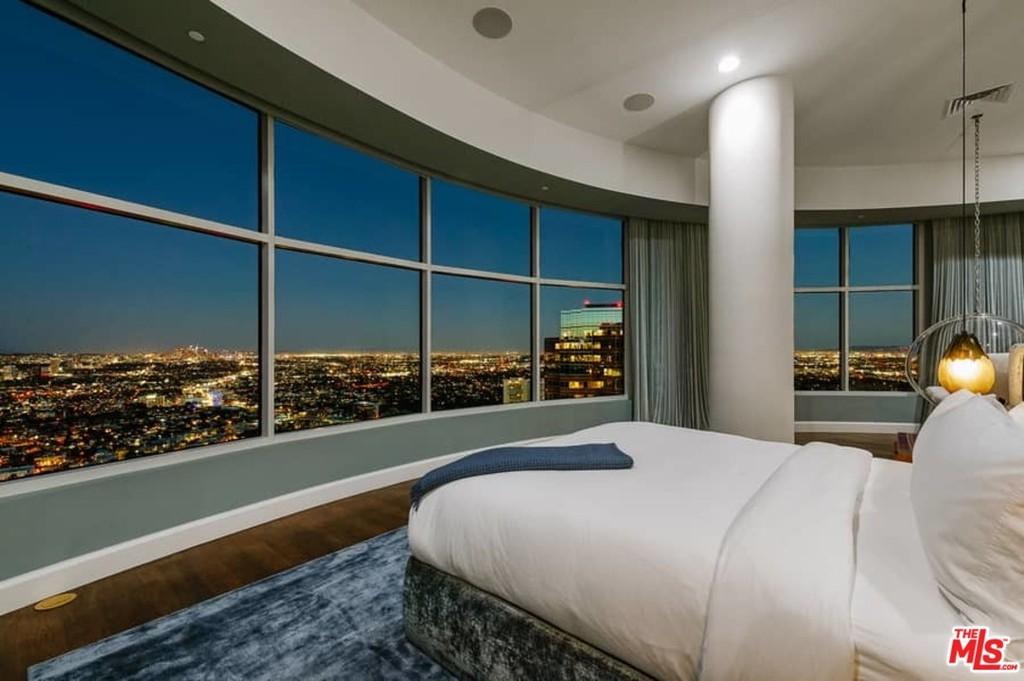