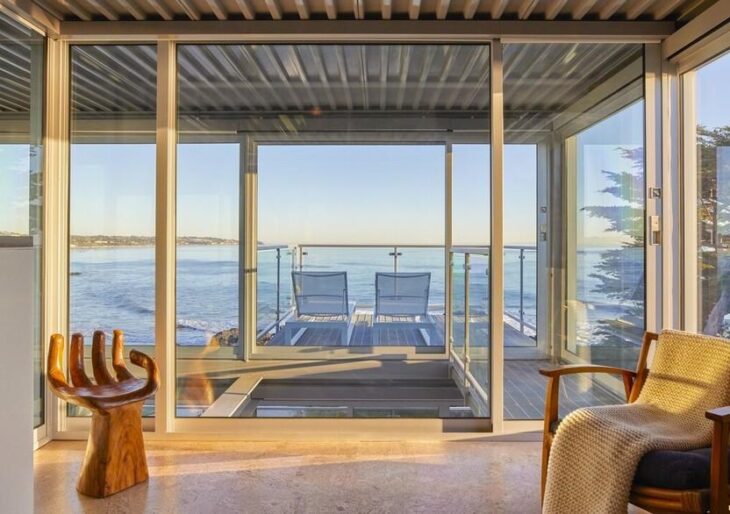 The Bailey House and the Schwartz House—two residences designed earlier in the career of California modern architect and Case Study Program contributor Pierre Koenig—have appeared on the market in the last couple of years. More recently, this later and last example of Koenig’s work has appeared in the SoCal for-sale category.

The house is located in Malibu, and it was completed in 2011. It’s located on a promontory overlooking one of the quieter beaches in the seaside city, and so its ask is considerably higher than the two other notable Koenig homes that have been offered for sale since 2019: $20 million on the nose.

The Case Study Program ideals suffuse the 4,000 sq. ft. home; Koenig’s approach was an important element of the program’s overall sensibility, and his Stahl House is cited as the primary representative of the architectural series. This home updates the CSH idealism a bit with radiant heating and solar power.

Steel, concrete and glass are primary materials, with corrugated steel ceilings putting the finishing touch on the cerebrally industrial sense of style. That’s ideal for its naturalistic location: green and growing surrounds the home, and it looks out over a meditatively secluded section of Malibu’s coastline.

The four bedrooms and four baths culminate in an extraordinary master, which contains the home’s interior centerpiece: a floating walkway that accesses a cantilevered balcony. As for the exterior stairs that descend to the beach—they’re retractable.