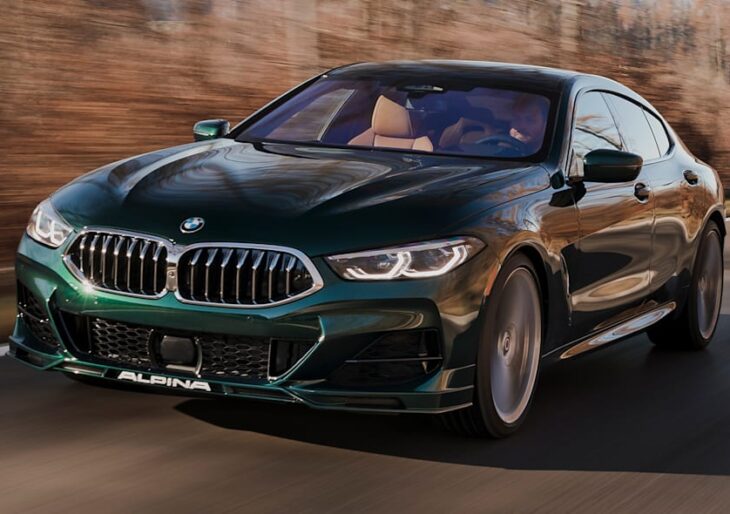 The mutually beneficial relationship between BMW and Bavarian designer and coachbuilder Alpina reaches back sixty years into the misty corridors of time. The reciprocal arrangement between the two kindred spirits and regional neighbors helps both companies, and has yielded some of the more desirable specialty sports cars of German origin lo this last half century.

The Alpina B series has its analog in the BMW M vehicles and uses BMW Series as platforms. The B catalog includes a similar numerical hierarchy—B4, B5, and B7, with B3 Touring and sedan versions appearing in 2019. The newest to arrive is the B8 Gran Coupe, based of course on BMW’s 8-Series architecture.

The roots of the model harken back to the 1990s, when Alpina built a couple of variants on the first-gen 8-Series grand tourer platform. The foundation allows Alpina full expression, though, and the company injects a full dose of its characteristic interior luxe and performance tweaks to the finished product.

The 2021 M8 gets 600 horsepower and 553 pound-feet of torque out of the 4.4L V8 biturbo; the Competition package raises the horsepower to 617 without altering the torque rating. Alpina’s B8 Gran Coupe gets 612 HP out of the engine by way of a few new components, including a special exhaust. And it wouldn’t be an Alpina without a torque boost, in this case to 590 lb-ft, just the thing for tackling those regional uphill gradients that inspired the firm’s name. The B8 is heavier; though it sprints to 60 mph in a neck-snapping 3.3 seconds, the M8 is quite a bit quicker with its 0-60 time of 3 seconds.

The B8 Gran Coupe’s interior is also classically Alpina. Merino leather, Alcantara and hide trim are featured, as is Alpina brand identity.

Unlike the B3 variants, the B8 will reach BMW dealerships in the U.S. The car comes with a base sticker price of $140,895. 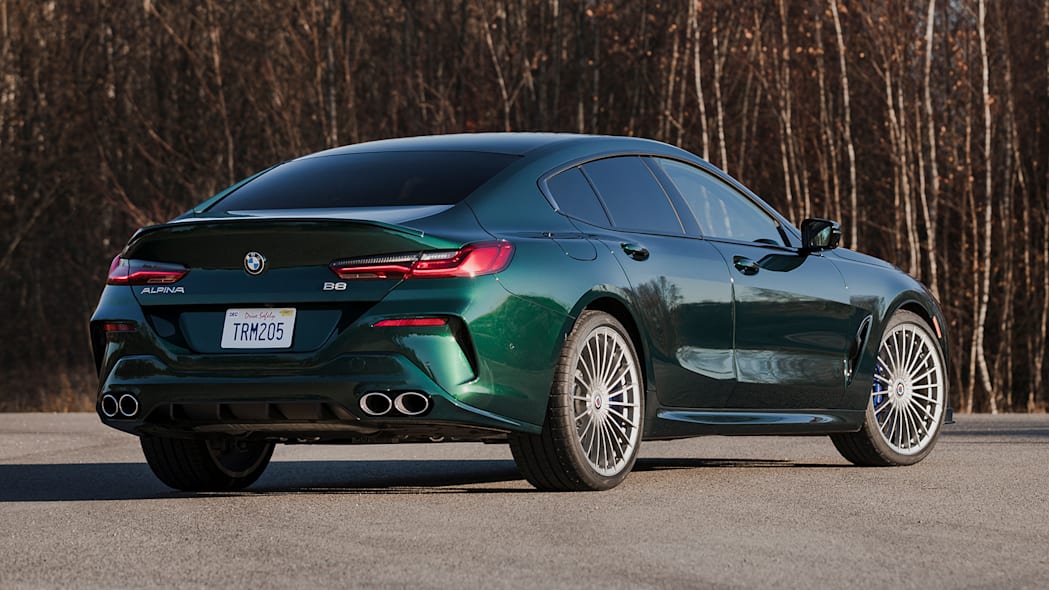