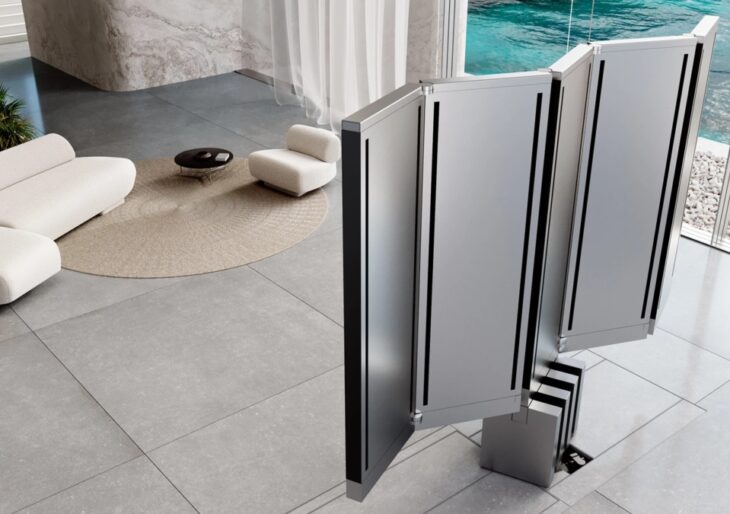 Austria-based tech company C Seed revealed its indoor uber-television this month; the 165-incher features a foldable design, a 4K microLED screen, Porsche Design DNA, and a minimalist look with a striking sculptural base. C Seed calls it the M1.

Fans of the brand may recall the 201-inch C Seed television designed for yachts, which appeared in 2018, and the company’s 301-inch television for outdoor use, which was revealed about a year later; the latter was priced at that time at $1.5 million. Which makes the C Seed M1’s $400K entry fee not so bad, really.

M1 television is designed to be a hard installation, vanishing discreetly beneath the floor when not in use. When activated, the M1 sprouts in its compact form and assembles itself in a style reminiscent of deep-space science fiction deployment. Like other TV models in the specialty electronics company’s catalog, the M1’s frame is fabricated from a solid chunk of aviation-grade aluminum alloy.

Nifty, but nothing compared to the picture. The screen is a 4K MicroLED capable of deep-space blacks courtesy of a mysterious coating process C Seed won’t elaborate on, and the model features HDR Plus, and Adaptive Gap Calibration Technology for a seamless picture.