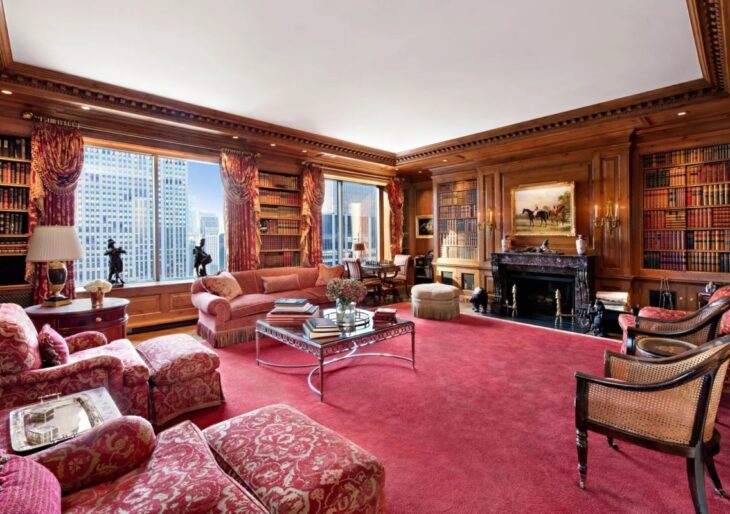 Billionaire Carl Icahn’s Manhattan Penthouse on the Market for $30M

Icahn Enterprises founder and namesake Carl has his 14,000 sq. ft. penthouse in Museum Tower on the market. The primary amenity in the building? The MoMA, fifty-two floors below.

The duplex unit originally hit the open market in March of last year, asking $35 million. A price reduction in June brought the property’s ask to its current figure, but hasn’t yet spurred a sale. Icahn moved his business headquarters to the Sunshine State early on in the pandemic arc: late 2019. Since that time, the southerly migration of Wall Street money has been continual, and much remarked-upon.

Whilst Icahn enjoys the golf-friendly climate, however, his Manhattan unit remains for sale. It’s a classy trophy of a residence that occupies two complete floors of the building. The primary focus of the foyer is a floating staircase with what appears to be a bronze handrail, and its nineteen rooms include a wood-paneled living room with a dentil cornice, abundant built-in bookshelf space, and a carved black marble fireplace. In the office—corner, of course—details include a tray ceiling, herringbone-pattern hardwood, and a French fireplace.

The seven bedrooms between the floors are serviced by two kitchens and at least ten baths. At least two of the bedrooms contain fireplaces—there are eight in all in the home.

Icahn’s net worth is north of $15 billion, according to Forbes.